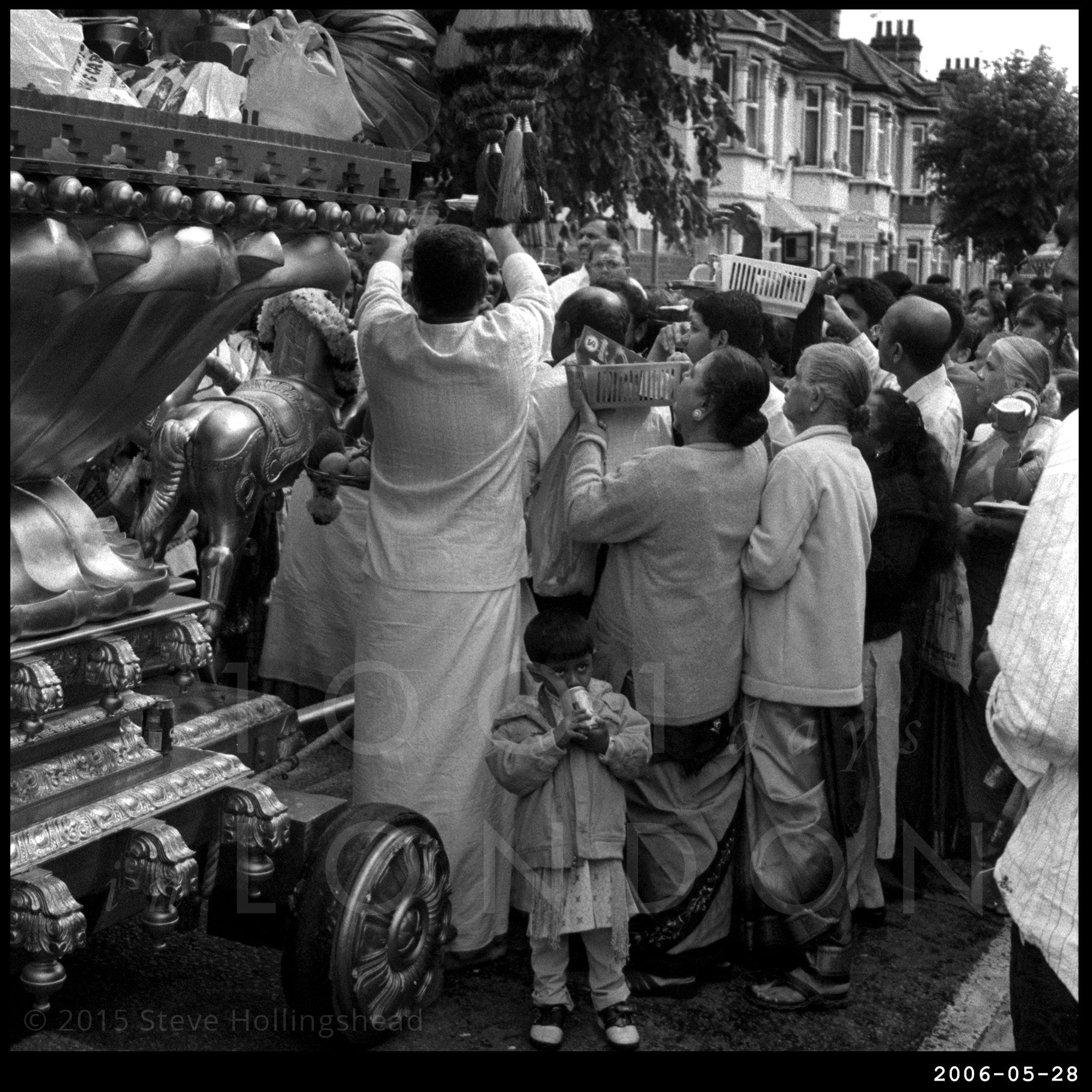 Some of the most colourful (yes, I know…) events in London take part in the farther reaches of the capital. The Tamil community is mostly spread around the outer London Boroughs, with a strong presence in Ealing, Wimbledon and Newham. Here in East Ham, they have two impressive temples within a mile or so of each other. The Sri Mahalakshmi Temple, may appear really rather modest compared to its neighbour the Sri Murugan Temple, but it’s one of the oldest Hindu temples in the UK and an ambitious new replacement is in the process of being built. 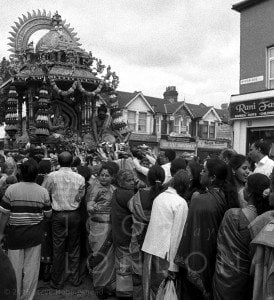 This is The Sri Mahalakshmi Temple chariot which is being pulled slowly through the streets nearby by devotees as part of Therottam one of the most important events in the Hindu Calendar. Worshippers bring fruit out of their houses to be offered up to the deity on board to be blessed; there is music, incense and all in all, quite a spectacular event for the casual onlooker (though our chap here appears a little underwhelmed with preoceedings), though not quite as spectacular as the Chariot Festivals you’re likely to find in Sri Lanka.

Not surprisingly, any music you’re likely to get here is going to be slightly more devotional than usual. 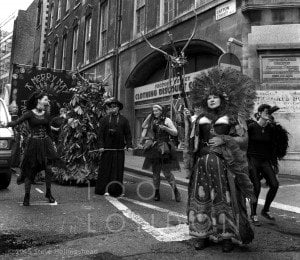 It’s late Spring Bank Holiday, and, by way of contrast to the above, it’s the Pagan Pride Parade, which, as it will feature on another day, we’ll just have a little taster on this occasion.