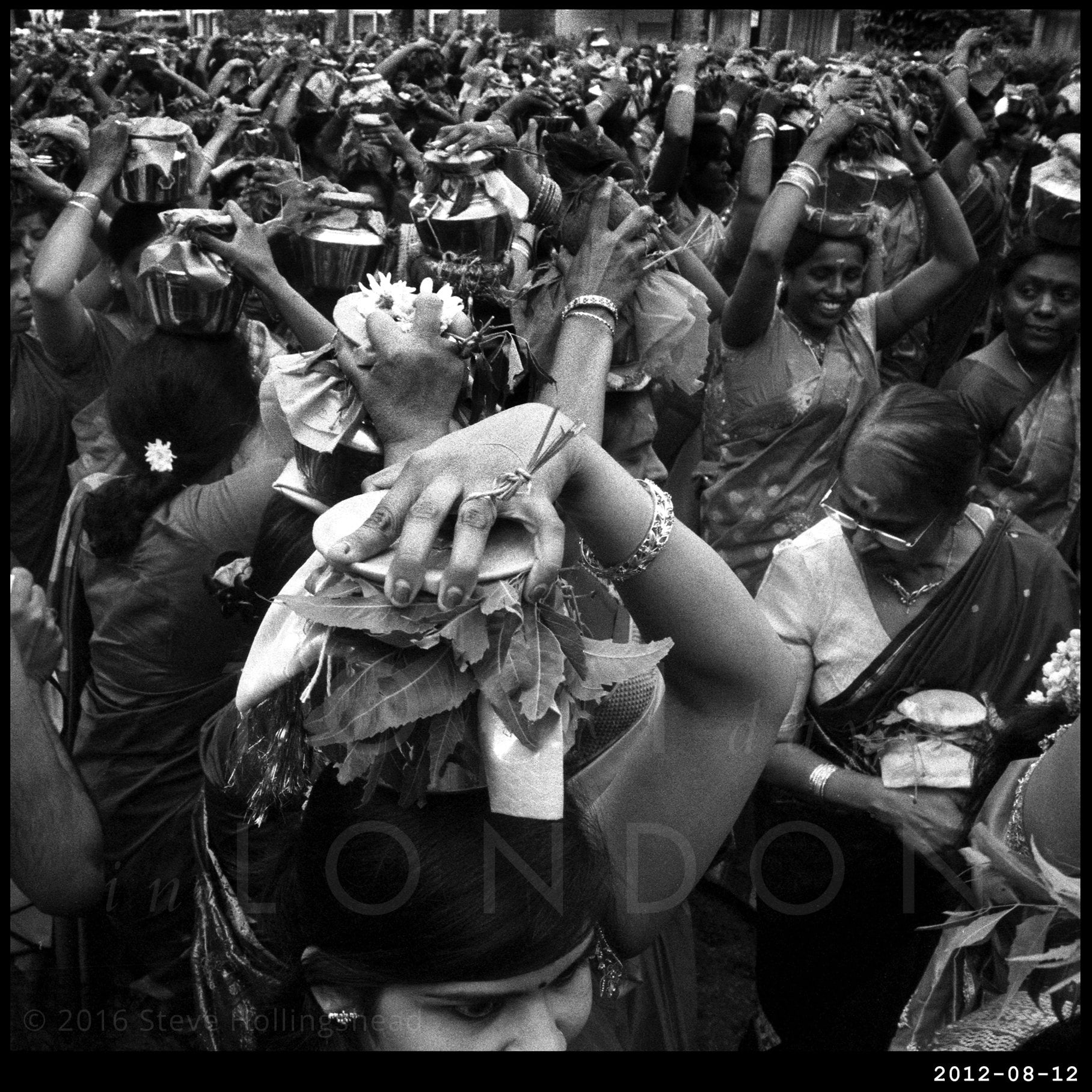 Nobody else might, but I call it dedication to the cause [ie: this project] in that, having spent the best part of the past month trying to put together a grand sequence of images to be projected onto the Big Screen at Potters Field Park & thus missing most of what was actually going on in London during this Olympic Festival, I choose the last day, with its big finale Free To Watch Men’s Marathon (the ladies did theirs – unfortunately for the spectators – in a downpour a week earlier), to go out to Ealing for a religious festival. 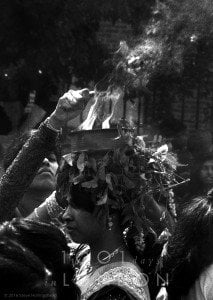 Yes, the Ealing famous for its film studios and its wonderful post-war comedies, not only has a regular Summer Festival of all sorts of stuff, it also has a significant Tamil community, who come out in epic style late summer each year for their annual Chariot Festival.

We’ve been to Tooting and East Ham already to see their chariots, &, of course the Hare Krishna Ratha Yatra is quite an event. Ealing’s event, though (& to keep with the theme) is almost cinematic in its scale. Today’s image focuses on the hundreds of women in beautiful saris holding pots of burning incense on their heads – walking backwards – along the Uxbridge Road before cutting down some very suburban backstreets to return to their temple. It takes hours. And there’s a lot more besides, but we’ll come back again for that. 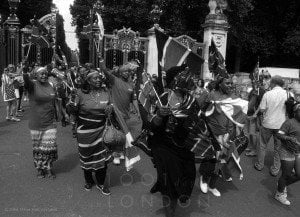 Back in Olympic City, it’s so crowded on the Mall, there’s no chance of seeing the marathon runners coming by – hopefully the Kenyan supporters here had more luck than me. 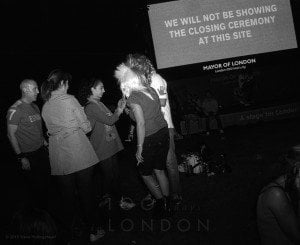 And apologies to all those people going to Potters Field Park later on see the Closing Ceremony – it wasn’t licensed to be shown on the big screen there, so they had to watch a load of b&w pictures of London instead (well, those that stayed did…). Here’s a bit of what they were missing.