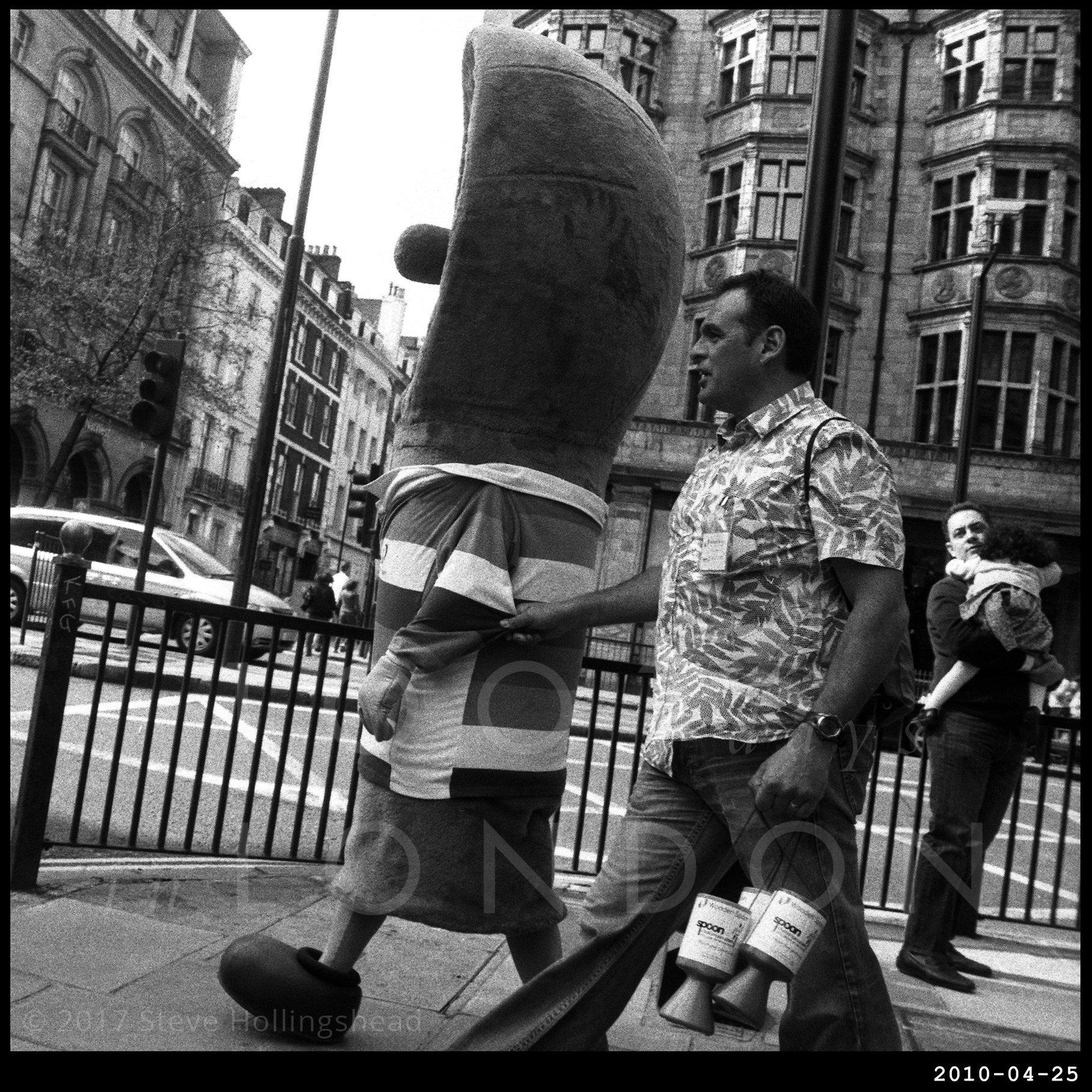 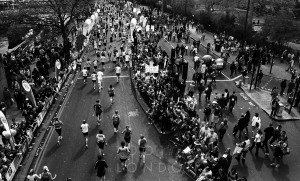 Now I might be taking a bit of a wild guess here, but chances are this strange character nonchalantly leading his chum down Piccadilly was, until fairly recently, occupying a space somewhere along the Embankment, which for the previous few hours had been been filled with thousands of runners – and their friends and relatives – all taking part in this year’s London Marathon. 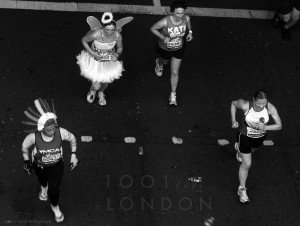 The fact that, whilst crossing Hungerford Bridge [oh, call it Golden Jubilee Bridge if you must] an hour or so earlier, we passed a good number of these flagging but determined participants limping slowly towards the finish line may have held some sway in making this assumption.

On the other hand, he/she could have been on the way to or from a convention for wooden spoon enthusiasts: you know, makers, musicians, etc – though I’d imagine they’d still have liked to take in the marathon as well. 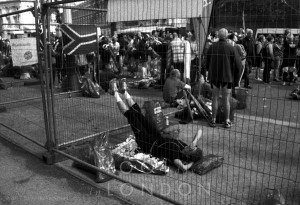 This is in fact the mascot for a rugby related charity called, not unexpectedly the Wooden Spoon Society – named after the somewhat inglorious prize awarded to the England team of 1983 for finishing bottom of that year’s Five Nations Tournament. The charity seems to have performed somewhat better than that over the subsequent years. 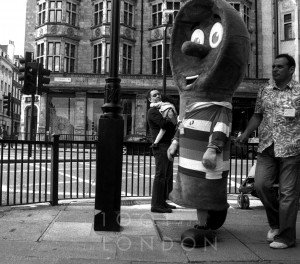 Sadly, this particular mascot’s days were numbered, however – presumably not athletic enough – and has since been replaced by a sporty little bear imaginatively named ‘Spoony’.

And where did the idea of wooden spoons originate? Well, Cambridge apparently, where they became quite big. Joe Tex, meanwhile, claims to have been born with one in his mouth (…and these spoons may or may not be made of wood, but frankly, who cares?).