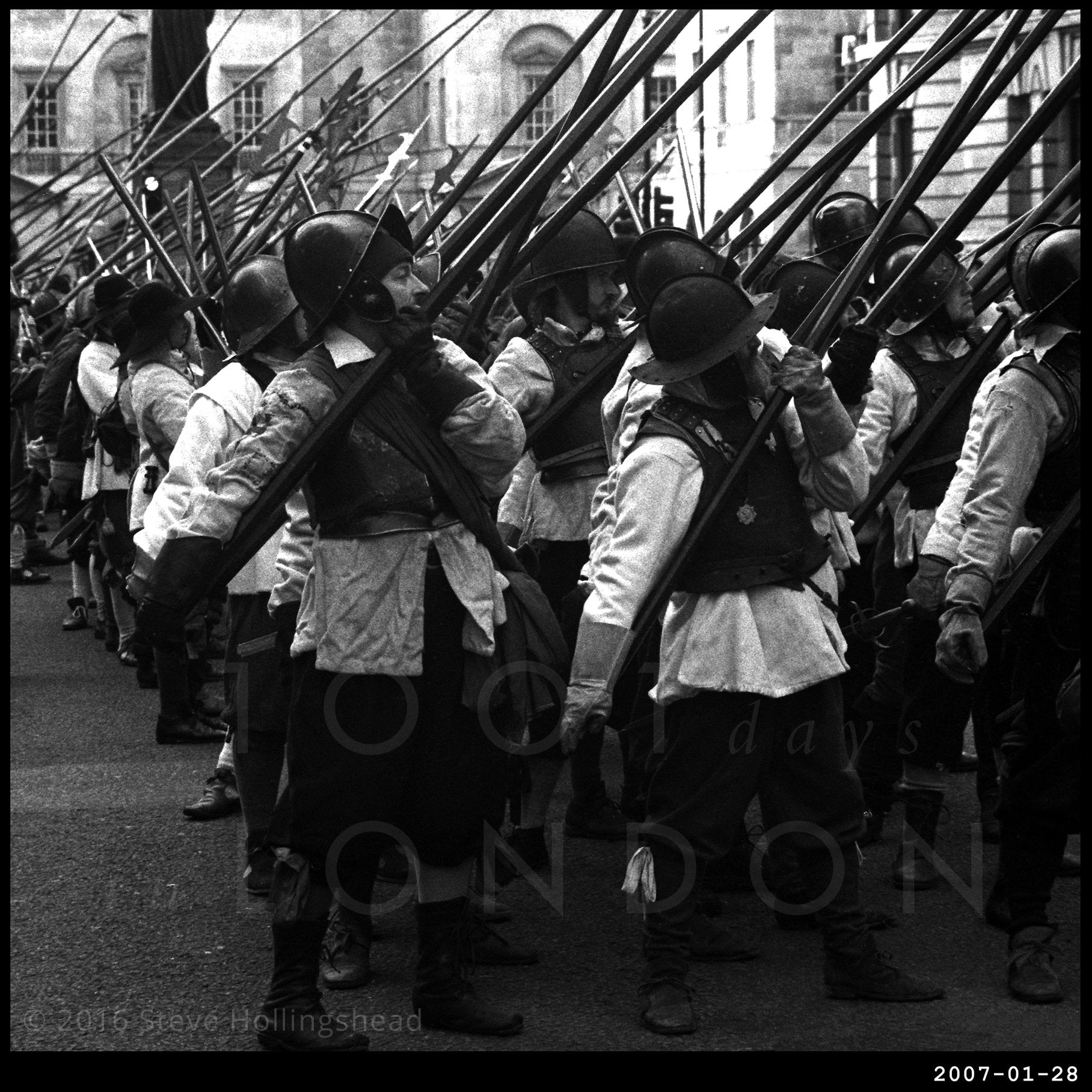 There aren’t many civilians who can boldly stroll down the Mall and into Whitehall blatantly shouldering firearms (albeit seriously vintage ones) with HM’s constabulary looking on approvingly, but come the last Sunday of each January you’ll find loads of them. On top of that you’ll see hundreds of belligerent looking folk following them brandishing scarily long pointed poles. And there are a few cannons thrown in for good luck. But it’s all fine – this bunch are all Royalists, so they’re on our side. Unless you’re a Roundhead, of course.

These are members of the English Civil War Society and there’re here to commemorate the execution of Charles I in 1649. After the procession, a group of followers solemnly lay a wreath at the Banqueting House, the venue of the dirty deed. This is followed by a brief service, a less brief ceremonial event (by which time a lot of the large crowd of curious tourists have drifted off) livened up with plenty of Huzzah-ing, after which the company proceed back to the Mall and disperse into local St James’s hostelries for much needed refreshment. 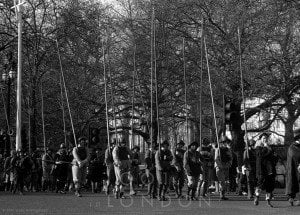 Ian visited on a somewhat damper day; Peter Marshall was here for more photos. This website has almost everything there is out there about the Civil war (apart from the deleted Horrible Histories clips, sadly). And here are a very young and earnest group of punks.