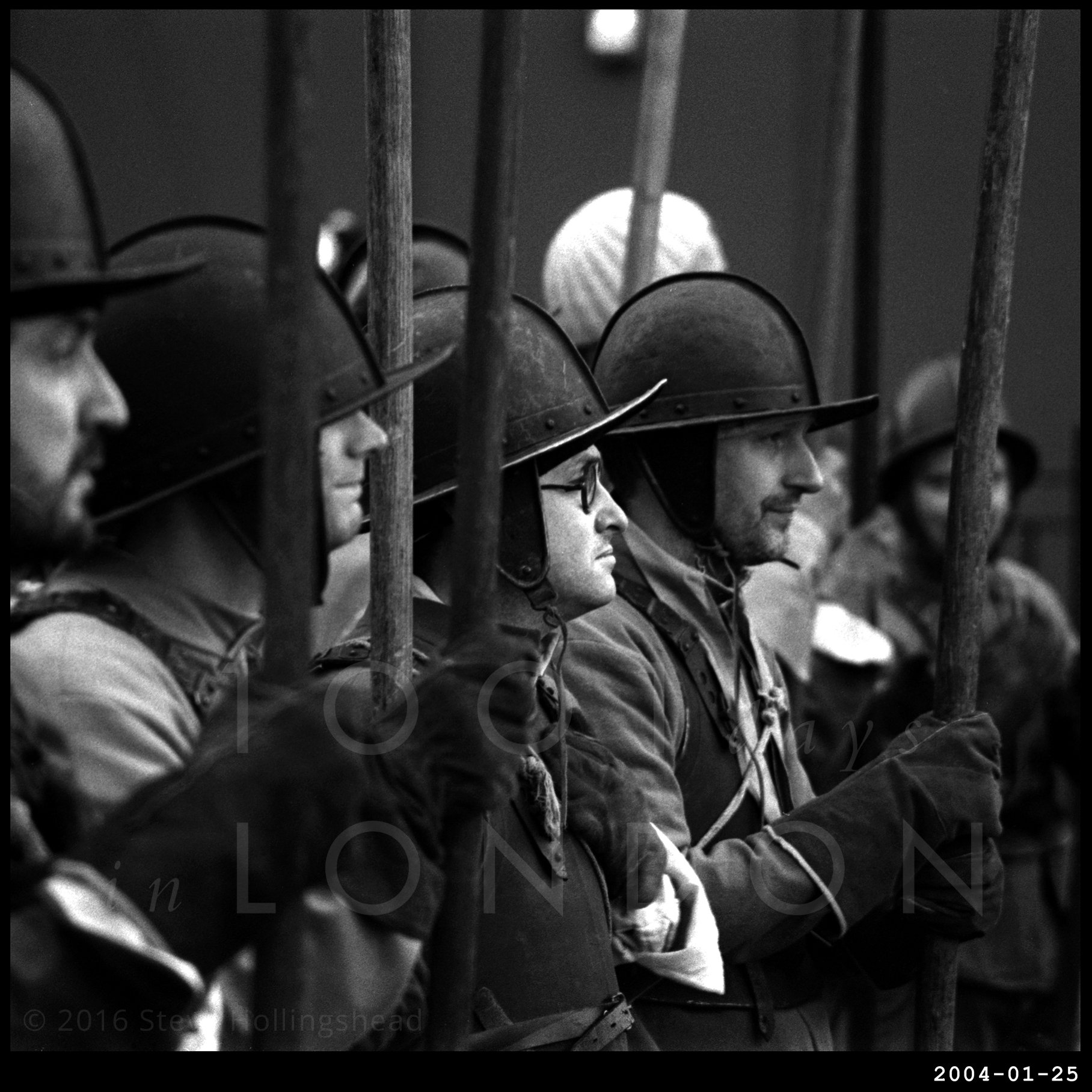 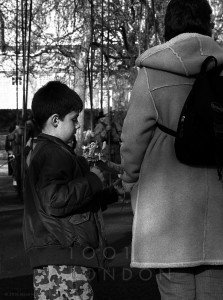 There’s always something of a dilemma for the street photographer when he/she is aware of two intriguingly contrasting events taking place in close proximity to each other on the same day – the possibility of capturing something uniquely surreal when participants from one gathering find themselves in the territory of the other can sometimes be frustratingly distracting. Luckily, it dawned on me early enough this particular morning that it wasn’t going to happen. 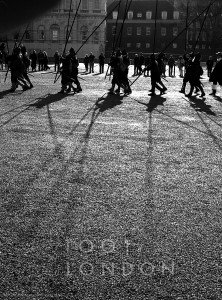 For although the annual commemoration of the execution of Charles I is taking place in Whitehall, and just a few hundred metres up the road, Trafalgar Square is beginning to fill with Chinese New Year celebrants, by the time the Square is echoing with the deafening cacophony of hundreds of firecrackers going off, most of the Loyalist soldiers from the commemoration are comfortably ensconced in one of the many local hostelries, enjoying some much appreciated refreshment [and blissfully unaware of the irony of all of those muskets on display, and not a shot fired in anger by any of them]. 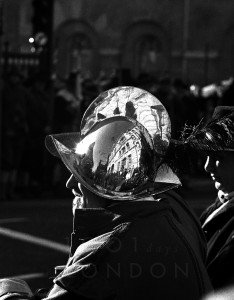 Incidentally, if you’re concerned about the authenticity of the spectacles being worn by our loyal soldier in today’s image, it’s worth bearing in mind that specs were actually not uncommon in the 17th Century and that Charles I himself granted a charter to the Worshipful Company of Spectacle Makers back in 1629 [who apparently had the power to seize and destroy lenses they considered of ‘inferior quality’]. 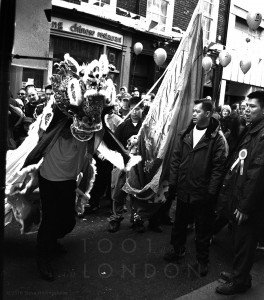 And no doubt the bespectacled chap is inwardly singing this uplifting ditty whilst waiting for the ceremony to end & he can go off and enjoy his much anticipated pint.