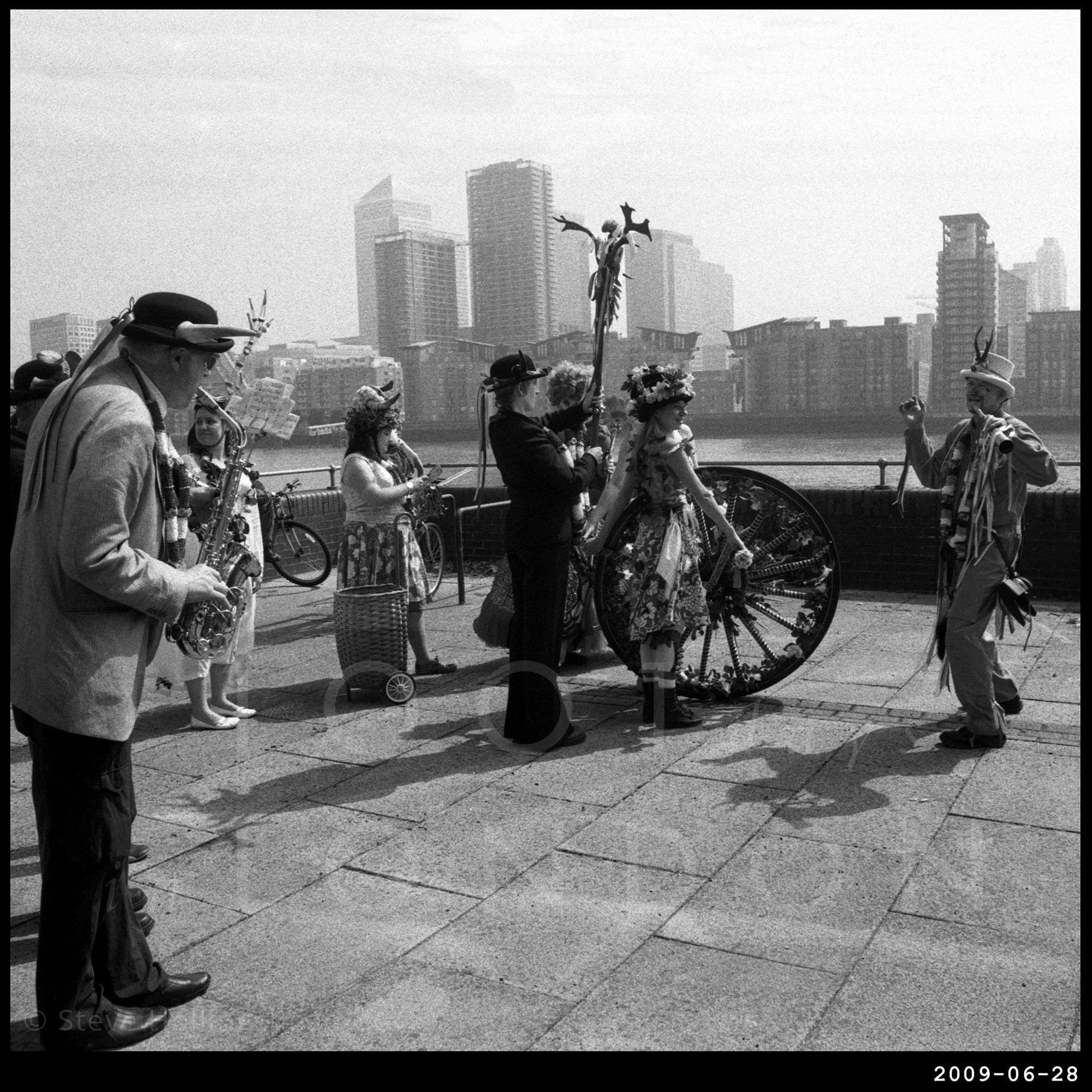 A sadly one-off revival (as far as I’m aware) of a Grand Tradition that, not unlike most Grand Traditions of yore, got itself banned by the Victorians for its increasing licentiousness and potentially running the risk of ruining the future nostalgians (yes I made that up) interpretation of this particular period as one of universal Christian temperance & extraordinary benevolence. Luckily for me Ian Visits has written an excellent piece on it in his blog, which means there’s no point in me trying.

Some of the vagabonds on display here are recognizable from Deptford’s Fowler’s Troop posse, and seemed perfectly at ease making as much noise as possible on their journey from Cuckold’s Point (in Rotherhithe) to the Fair at Charlton House – which is quite a slog for an early Sunday morning. ‘Sunday morning’ being in fact a possible explanation as to why this particular revival hasn’t quite managed to take root, along with the likelihood that some of the more well-heeled residents in their desirable riverside apartments didn’t take too kindly to having their tranquility disturbed. I’m sure the good Victorians would have agreed.

Ian Visits also has some photos of the event, one or two of them spoiled somewhat by the presence of a grubby looking bloke with a camera lurking in the background…