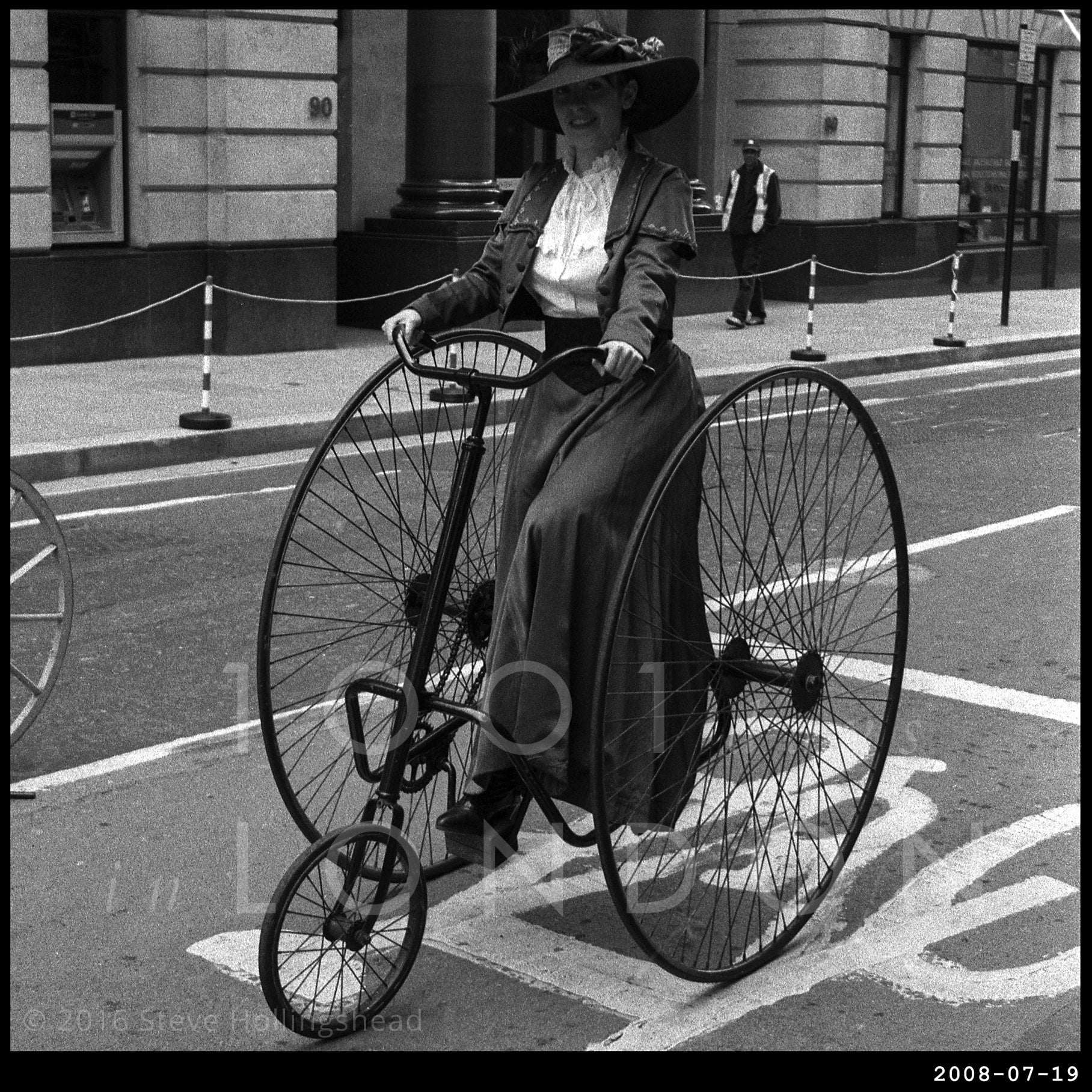 Back in the day (and we’re talking seriously back – from the Middle Ages to Dickensian London, in fact), Cheapside was one of the city’s main thoroughfares and shopping streets – the Oxford Street of it’s time, no less, and this is where the original Cockneys hailed from, the church of St Mary-le-Bow (of Bow Bells fame) being sited here. Cultural associations with the street – where Milton was born and Chaucer grew up – range from a mysterious hoard of jewelry, a restoration theatre  piece and, er, Heath Ledger. 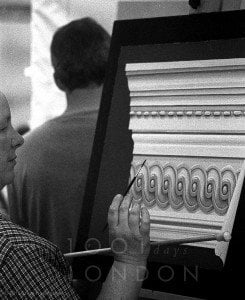 In 2008, as part of the London Festival of Architecture (it had been called the London Architectural Biennale, but presumably had to change because nobody could pronounce ‘Biennale’ correctly), the road was closed off and a modern interpretation of Cheapside Market filled the area. 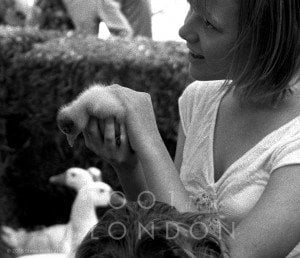 Alongside demonstrations by a number of the London Guilds, were live geese and ducks running around, a punch & Judy show and a selection of vintage bicycles on display. 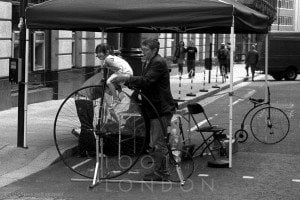 One of these state-of-the-art-for-their-time masterpieces (provided by Cycle Magic, who sadly no longer appear to have that sparkle) – the Penny Farthing came back to this street a few years later as part of the [relocated due to works] London Nocturne, which we saw in a previous post.

Anyway, these young fellows from Digbeth obviously like the place, as does this chap with his very arty little movie.