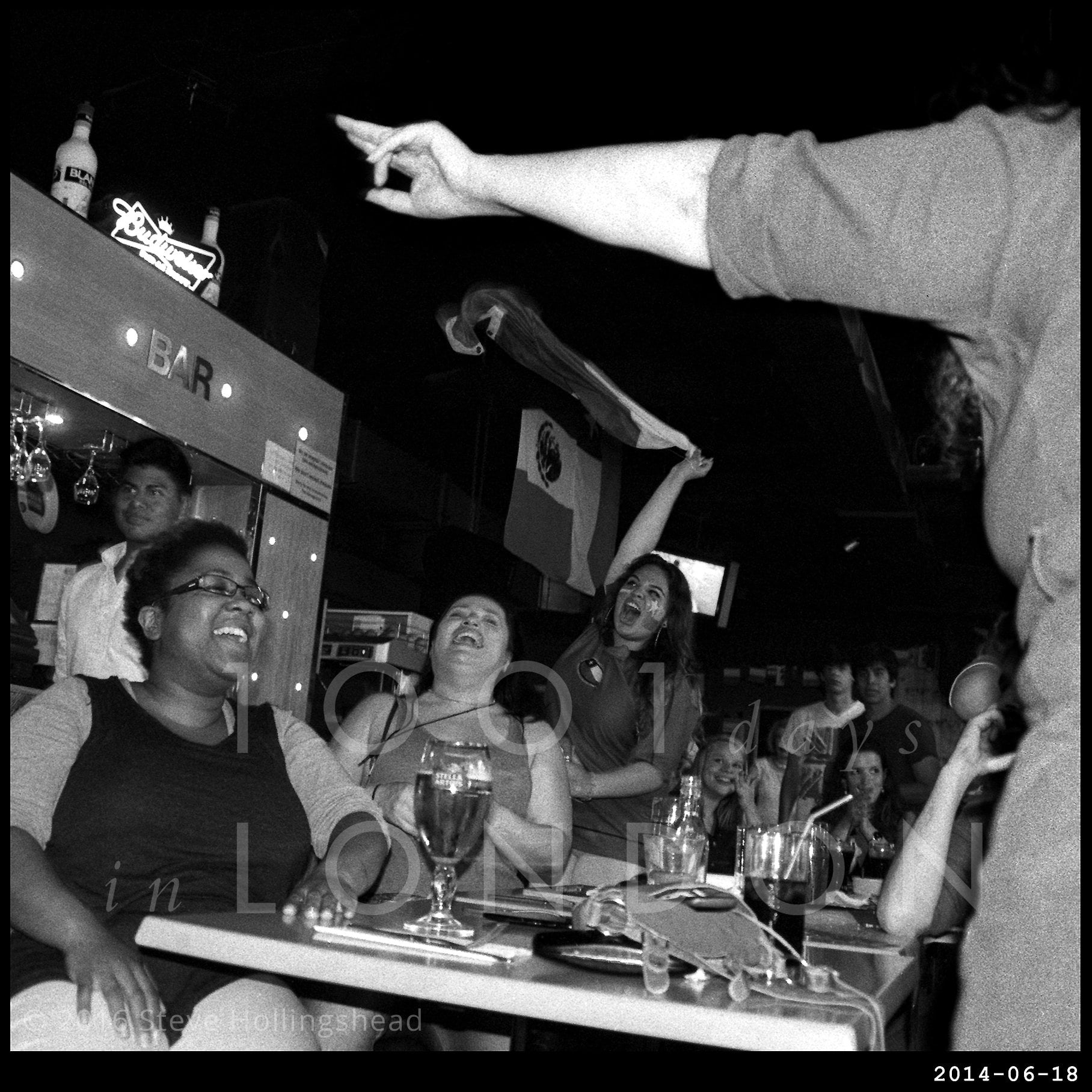 There isn’t a huge Chilean presence in London, maybe a few thousand at most. Many of the exiles who were living here returned to their homeland following the eventual comeuppance of ‘Britain’s Great Friend’ [M Thatcher] and tyrant Augusto Pinochet late in the 1990s. So come major sporting events, there aren’t many established venues for the expat Chilean to congregate.

For the 2014 World cup encounter with current holders Spain, the only recognised eating & drinking place, El Vergel, was comfortably oversubscribed, so it was to nearby Elephant & Castle, home of the local Colombians main haunt La Bodegita, that a small but vociferous crowd migrated. Chile, as Spain discovered to their cost, are no mugs these days, and ran out 2-0 winners, which these young supporters seem really rather pleased about. 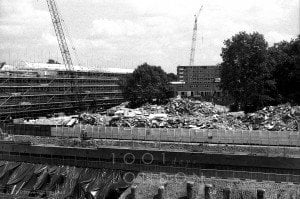 Meanwhile, just outside, the ‘regeneration’ of the much-looked-down-upon (though sometimes affectionately) Elephant neighbourhood continues regardless of local opposition, as the rubble that used to be the Heygate Estate is cleared to make way for something much more amenable to wealthy pencil illustration types, and the prospects of this venue still being around for the next Chilean World Cup game are not encouraging.

Incidentally, did you know that Chile had the first ‘official’ World Cup Song back in 1962? Well, you do now.