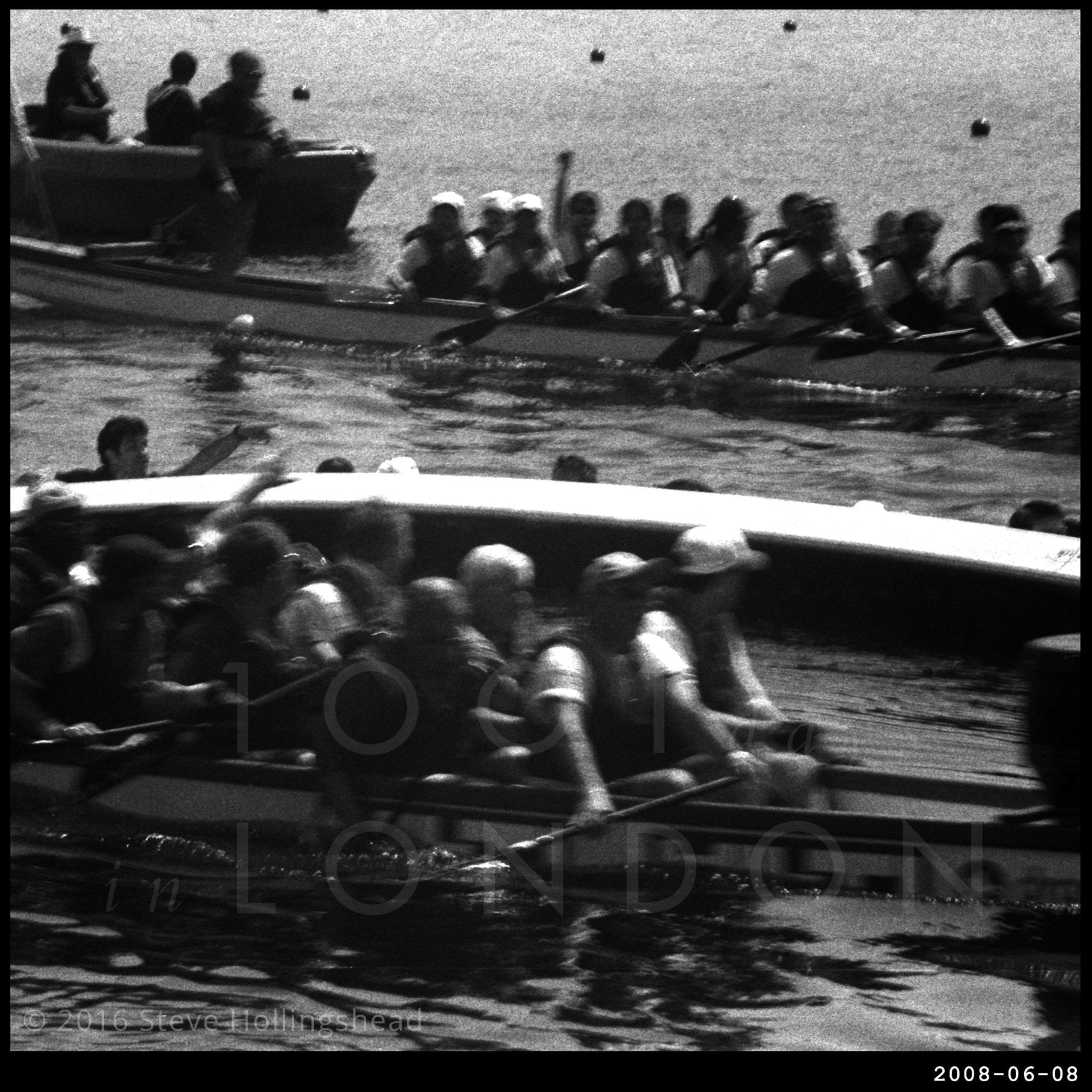 This is almost a something of a home-coming for London’s Chinese Community, being held in what was, not that very long ago, a major chunk of London’s extensive Docklands and where the first Chinese migrants established themselves – I say ‘almost’, because the actual part of the docks the original Chinatown was located in was further west at Limehouse. In fact, even there it wasn’t predominantly Chinese & we can blame Thomas Burke and Sax Rohmer for creating the mythology about opium dens and the ‘yellow peril’. Thankfully, we have Fred Astaire to give us a much more accurate depiction of how it all was. 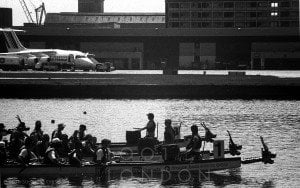 So, thanks to the docks buggering off to Tilbury we now have a perfect venue for some serious Dragon Boat Racing. This ancient Chinese festival (known as Duanwu) is celebrated on the fifth day of the fifth month of the lunar calendar and has been a national holiday in China for centuries (apart from a few decades under Communism, of course). In Hong Kong they go for it in a big way.

Dragon Boat Racing is becoming more and more popular in the UK as well – it’s particularly seen as a grand wheeze for the unusual corporate bash. Getting wet, as our image demonstrates, is all part and parcel of the experience. And for our accompanying soundtrack we’ve got a cracking link from China.