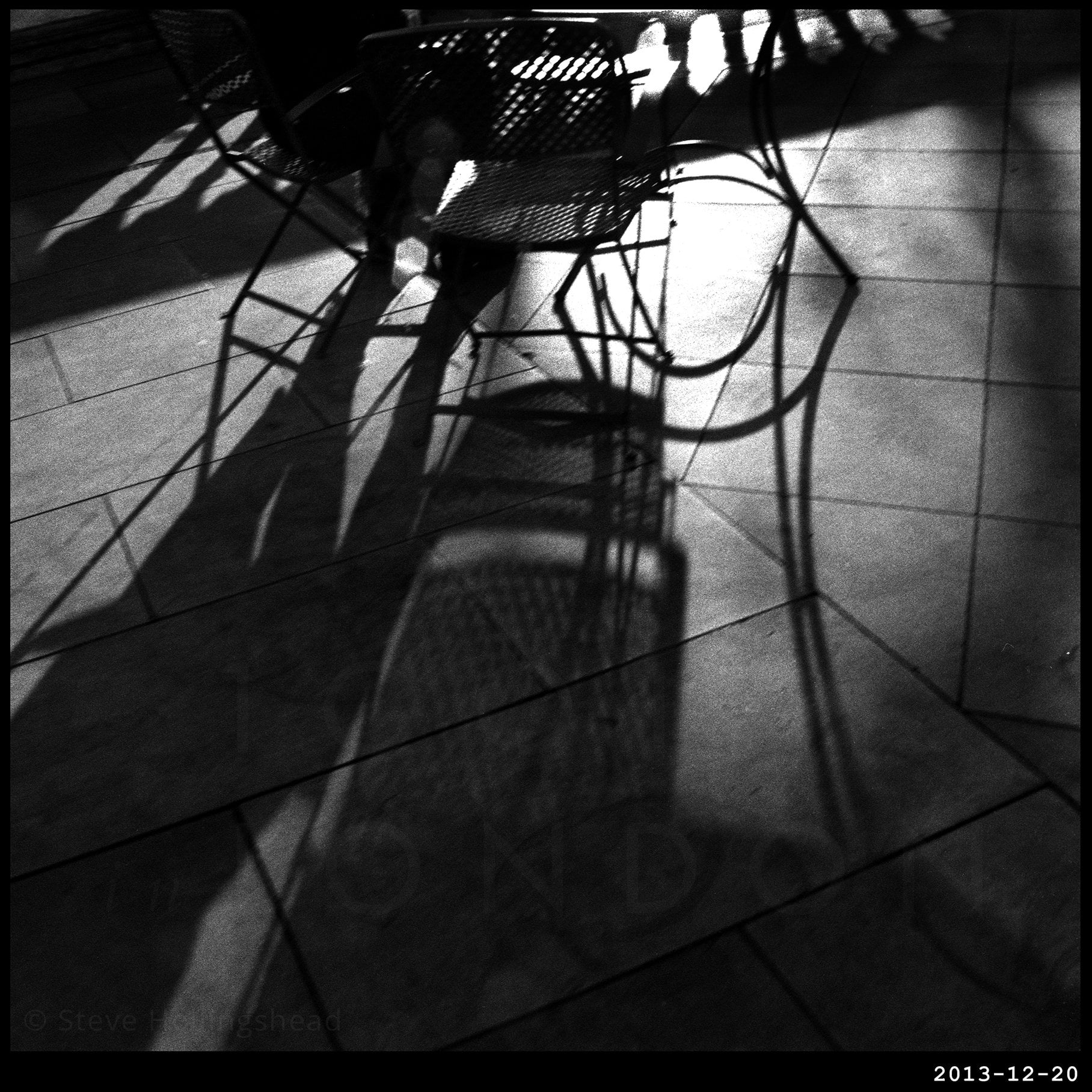 December 2013 was one of the wettest on record, paradoxically it was also unusually mild. Parts of the country experienced what were somewhat hysterically termed ‘weather bombs’, there was a considerable amount of flooding & I seem to remember it being an absolute bugger getting out of London to reach the bosom of the family on Christmas Eve.

And so, you may ask, what has all this got to do with the homage to Moholy-Nagy we see here? 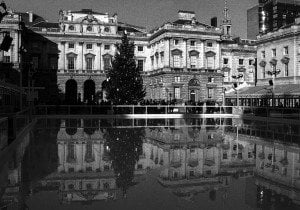 Well, the sun was out on that last Friday before Christmas, and provided a rare opportunity to venture early into the West End before the mayhem kicked in, buy some desperate and uninspired presents, & then grab some festive shots at Somerset House skating rink. Only thanks to the previous night’s downpour, the rink looked more like a lake, and skating was there none.

There were, however, some rather striking shadows to be found round the back of the building, where a few brave customers were enjoying a coffee in the tranquility of the riverside terrace café. Hence the nod to one of the masters of Modernism.