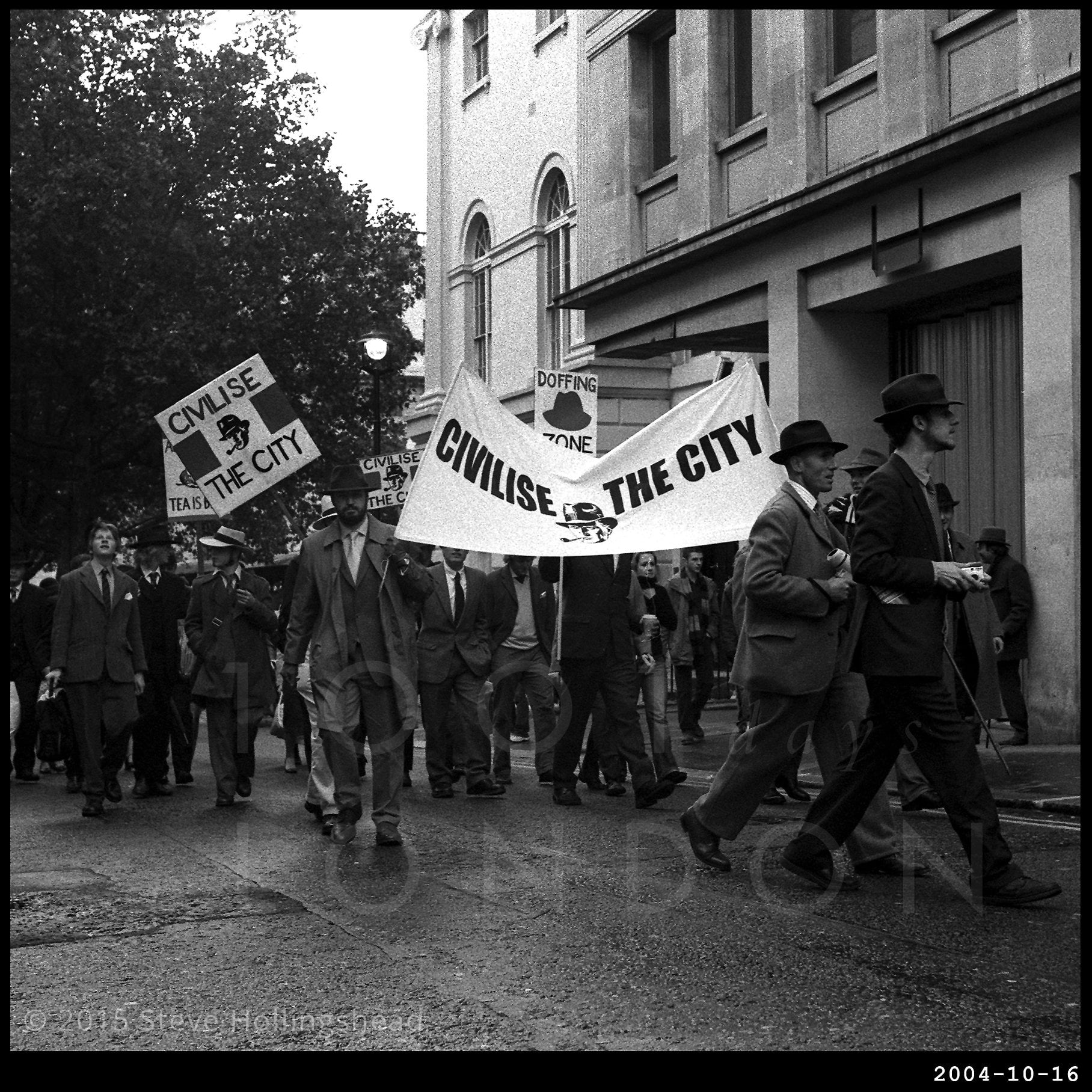 There comes a time when words are no longer sufficient and there is no other alternative but to take direct action. Thus those worthy and upstanding gentlemen and ladies of the periodical known as The Chap, exasperated to the point of seriously frowning about the general slippage of standards in contemporary life, finally took to the streets to demonstrate their concerns to the great unwashed of the capital city.

After a morale boosting glass of something sparkly with Oscar Wilde, our intrepid protesters took to the dark streets of London Town’s West End in a noble attempt to raise the standards of Respectable Behaviour in general, and demanding establishments like Macdonalds and Starbucks provide more refined options on their menus (it appears with some success in the latter). The protest concluded in a most civilized manner (naturally) in Piccadilly Circus with hat-doffing lessons and tea drinking. 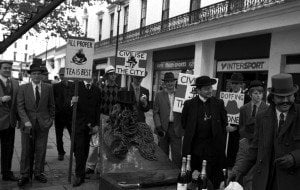