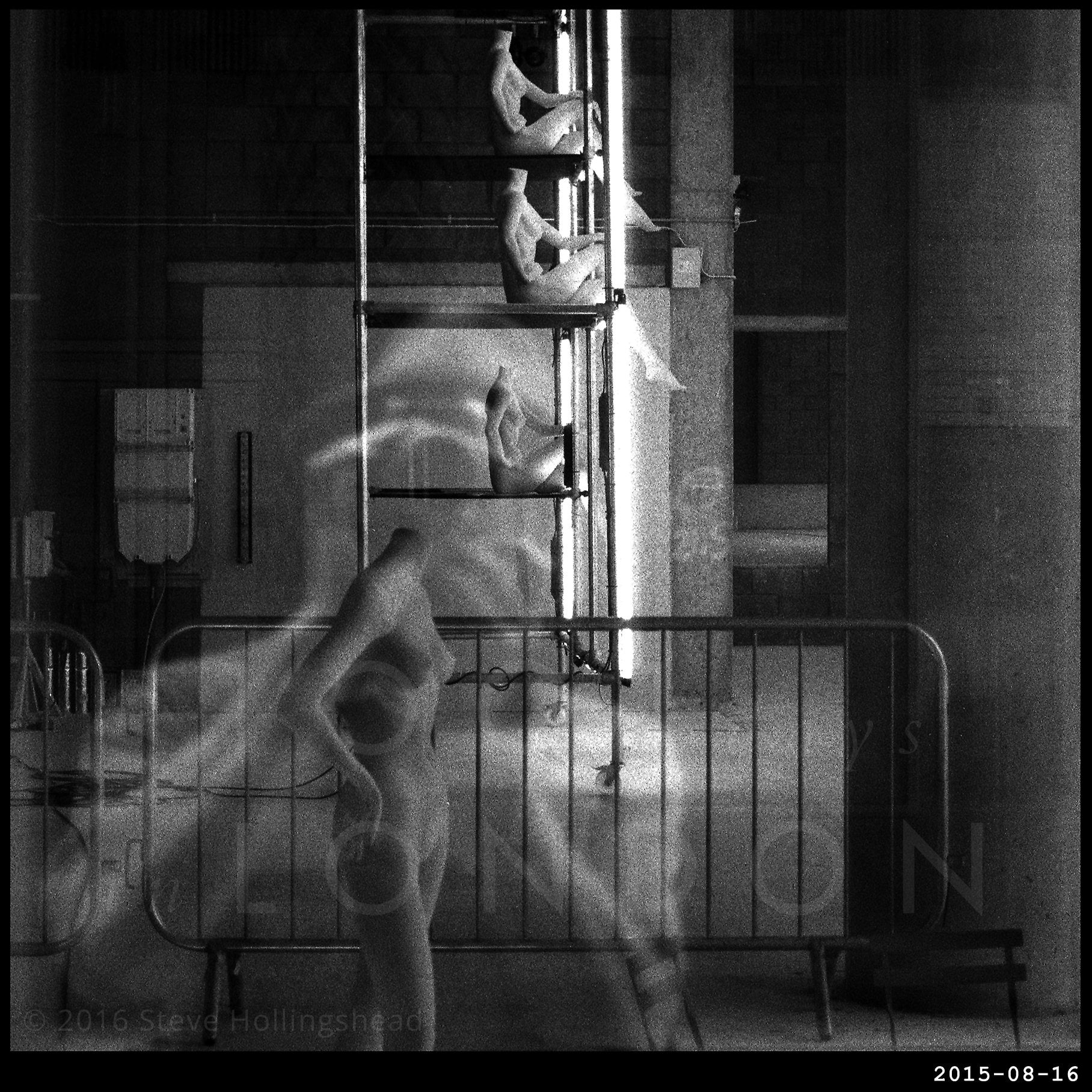 Actually I’m not entirely sure why I chose this image for the exhibition instead of one from the event I was actually attending – it’s not as if I find myself in a world of grotesque (in a charming way, obviously) little grey sculptures every day. Well, it’s done now.

Behind the ghost-selfie is an installation by a company called Setworks livening up the – at the time – empty shell of one of the (many) new commercial properties springing up in and around the huge Kings Cross redevelopment area, a fair amount of which we touched on here. 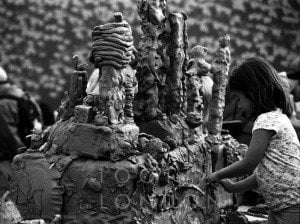 This is in King’s Boulevard, the pedestrian route to Granary Square, which, as it sits by the Regents Canal, is the ideal setting for Clayground Collective’s weekend of river mud-modelling celebrating the importance and versatility of all things clay (sadly, Morph couldn’t be there due to a prior engagement). The canal connection, of course, being the massive importance inland waterways played in the transportation of all things ceramic back in the days of Josiah Wedgwood. 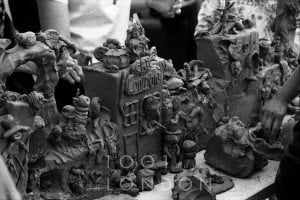 The event had musical accompaniment from the charming Melodians Steel Orchestra (no, I’m not really sure of the relevance, either) performing an especially composed piece by folk renegades The Dead Rat Orchestra (we came across them here, if you’re interested). And this is the Melodians creating a bit of Bowie magic for the 2013 Venice Biennale.