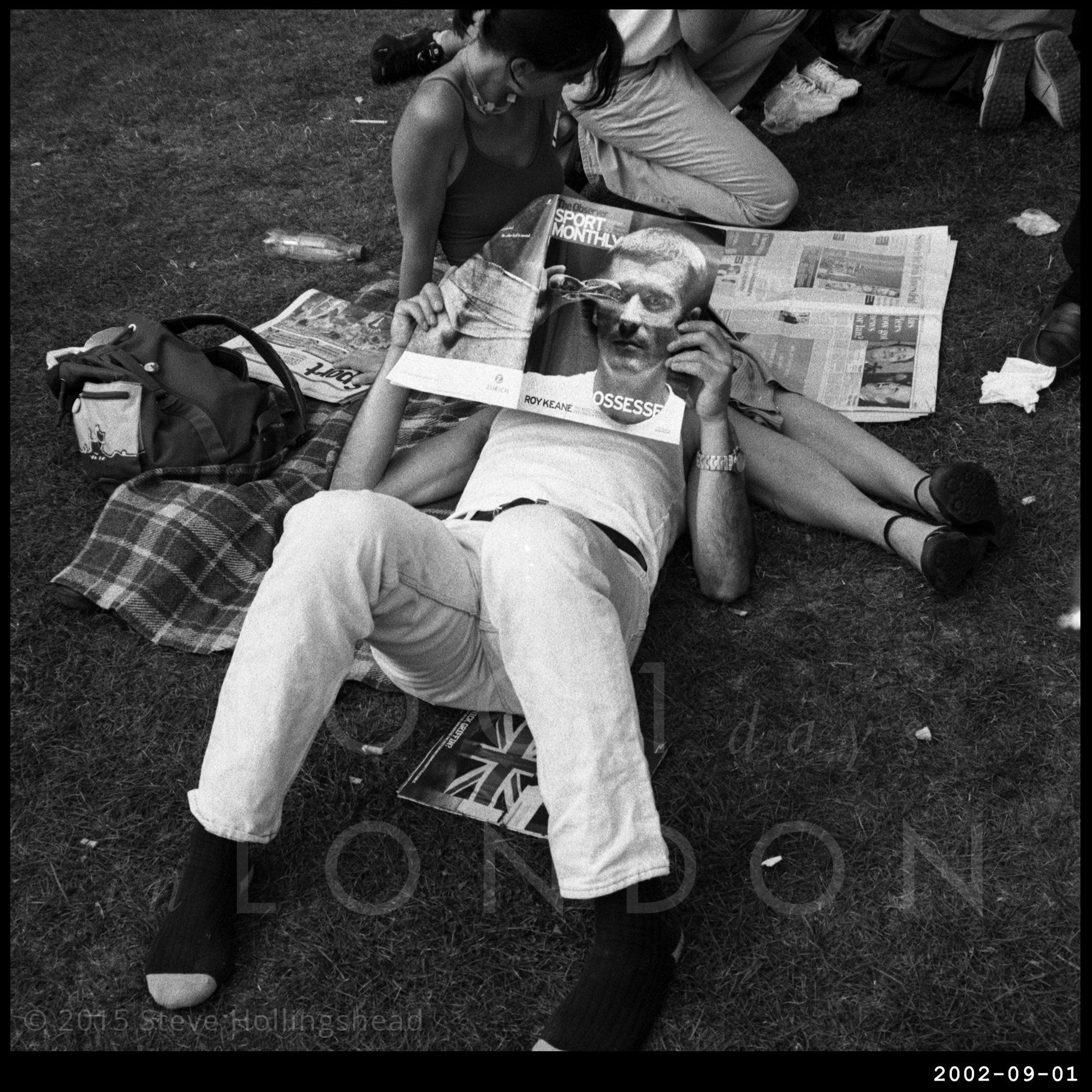 Now I know we’re not seeing much in the way of Colombians in this image, let alone any of their stunning flower arrangements dotted around Tower Bridge’s local park (which, when this image was taken, was still free of offshore millionaire’s riverside residences), but this sort of opportunity doesn’t arrive too often – unless it’s contrived, of course, but we don’t do that sort of thing here – & so it gets the nod for the exhibition image.

The face in the picture is Roy Keane, of course – for those who aren’t familiar with the name, an Association Football player renowned for his sense of fair play, humbleness and generosity of spirit. A gentle soul as much admired by his opponents as by his own supporters. So I’ve been told.

Anyway, this is what the young fellow’s actually reading & this is the chap who took the photo. 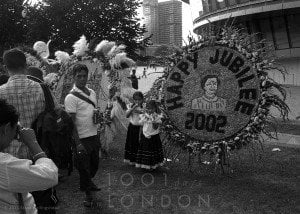 Meanwhile the Flower Festival itself is a colourful and lively event – It’s a big deal back home in Medellin, where they’ve been having epic parades for over 50 years, & not surprisingly it’s nowhere near that scale here, but it’s still a good enough opportunity for a bit of national flag waving for the South London ensconced Colombian community, more of whom we’ll encounter another day.

And of course there’s some music for it…