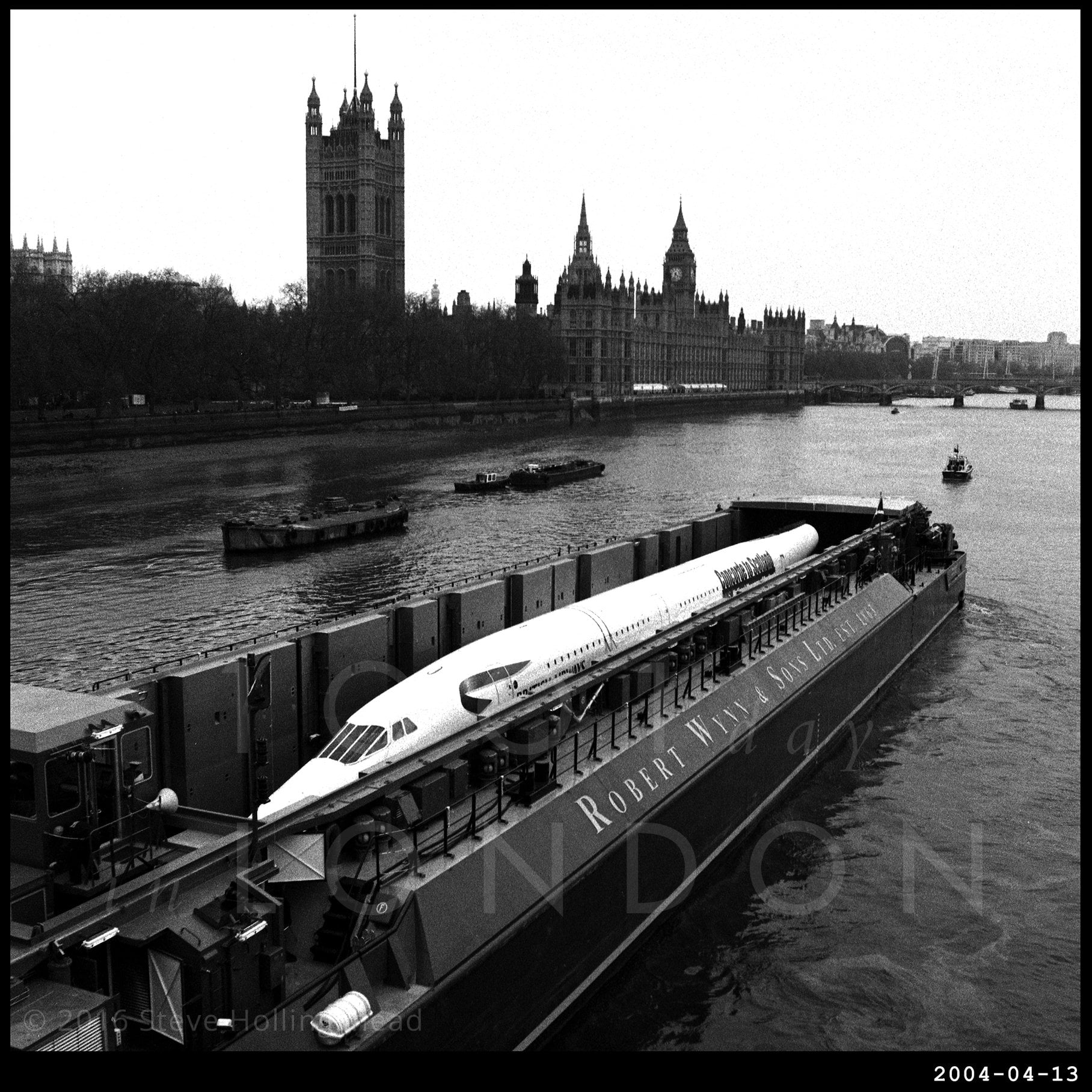 It’s not often people get emotional about an aircraft, but then this was no ordinary aircraft. Crowds flocked to the riverside to watch ‘Concorde’s final journey’ – although being transported backwards and wingless in a glorified barge might not be considered the ideal ending for something that once epitomised the modern scientific age.

Yes, this beautiful white beast, that only graced the sky for 27 years – from its first commercial flight in 1976 (almost 7 years after its inaugural launch) until the last in 2003 – and was way beyond the means of most humans (and, ok, it was a teeny bit loud), but at least it was something British (and French) that we could all be proud of. Yes the Soviets might have got there first, but this was something straight out of Thunderbirds, which could only be a grand thing. 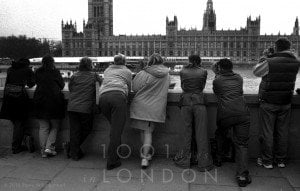 So here we are on the on the South Bank of the Thames, and as the carrier passes Parliament, the wingless wonder is raised up, presumably so the MPs in the bars opposite could raise a glass to say farewell to to all those luxurious ‘fact-finding’ trips to the US they would have enjoyed over the years at tax-payers expense.

So is the era of supersonic travel dead? Yes it is… Or possibly not – who knows? And I don’t mean this supersonic either. And if you think there’ll be a link to an Oasis song, you’ll be wrong.