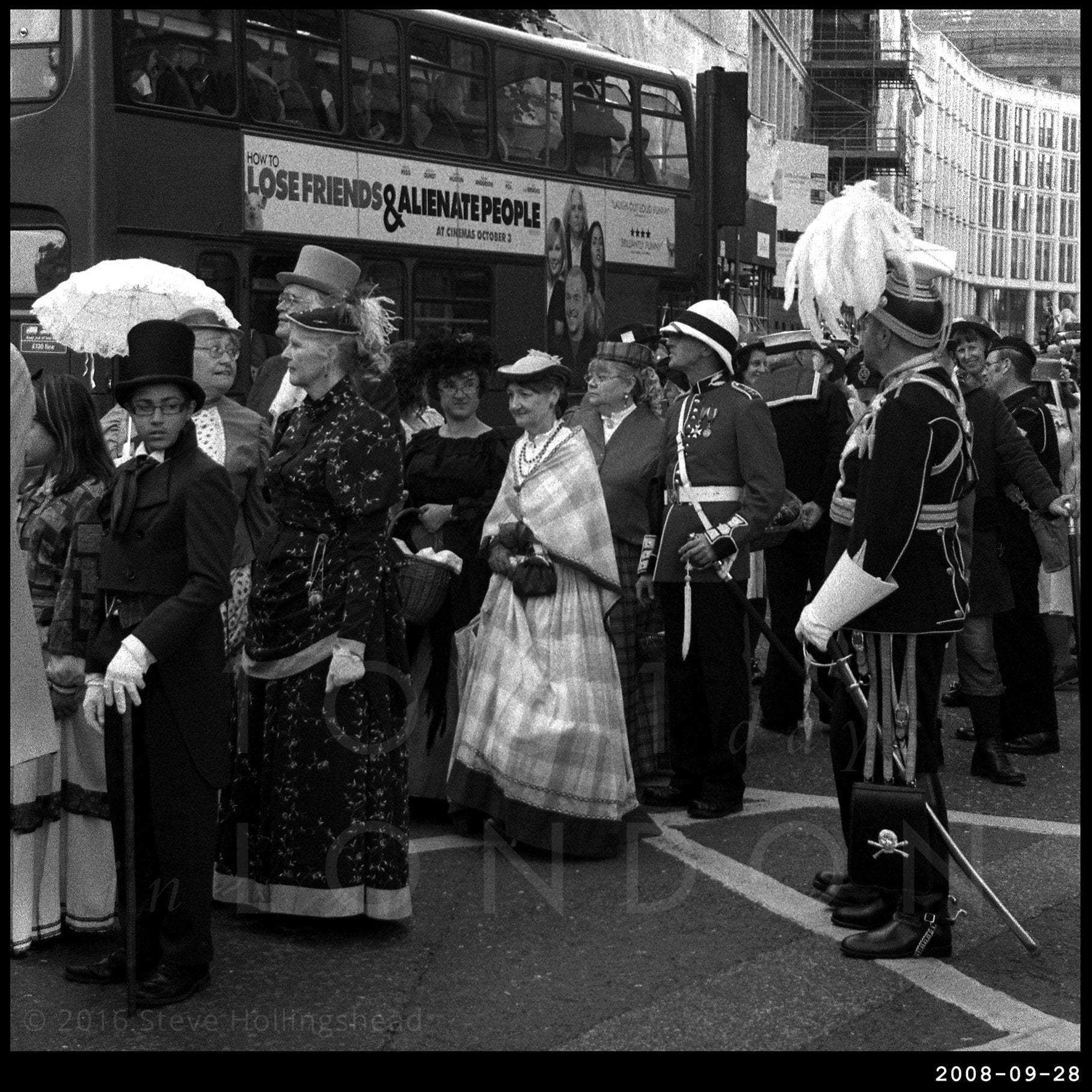 It’s not everyday you come across a bunch of Victorians just hanging around in the middle of the city [and it’s not every day Simon Pegg gets involved in particularly naff movie concepts like this one, but I digress…] – they are in fact waiting for the go-ahead to proceed from the venerable and ancient Guildhall to the equally venerable and ancient church of St Mary le Bow (‘the original Cockney church!’) for the annual Costermongers Harvest Festival (which isn’t quite as venerable and ancient an event as they’d have you believe, if the account in this article is to be believed). 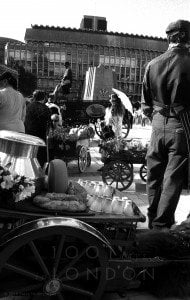 And if you have read the above feature, you’ll be aware that the Pearly Kings and Queens at today’s gathering are different from the ones at St Martin in the Fields for another Harvest Festival service in October.

The Guildhall event, as you may have gleaned, contains not only our cheerful costermongers (a lot of that cheer coming from the irrepressible George Major) but a host of Victorians, maypole dancers, morrismen/women, dray horses and, er… dray dogs and a good number of bemused civic leaders. 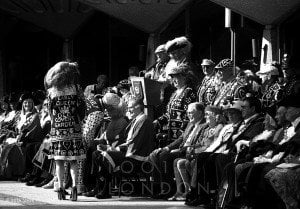 Anyway, whether it’s the Association, the Guild or the Society of Costermongers we’re talking about, they’re all following in the footsteps of the original ’Pearly’ Henry Croft and collecting money for Good Causes, and providing lots of selfie opportunities. 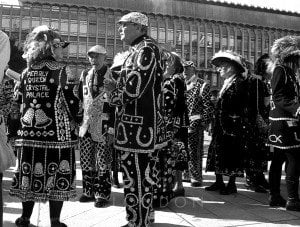 So here’s Mr Croft’s funeral procession in 1930, here’s a heartwarming tale of a noble young costermonger, and here’s a tune called, yes, ‘Costermonger’.