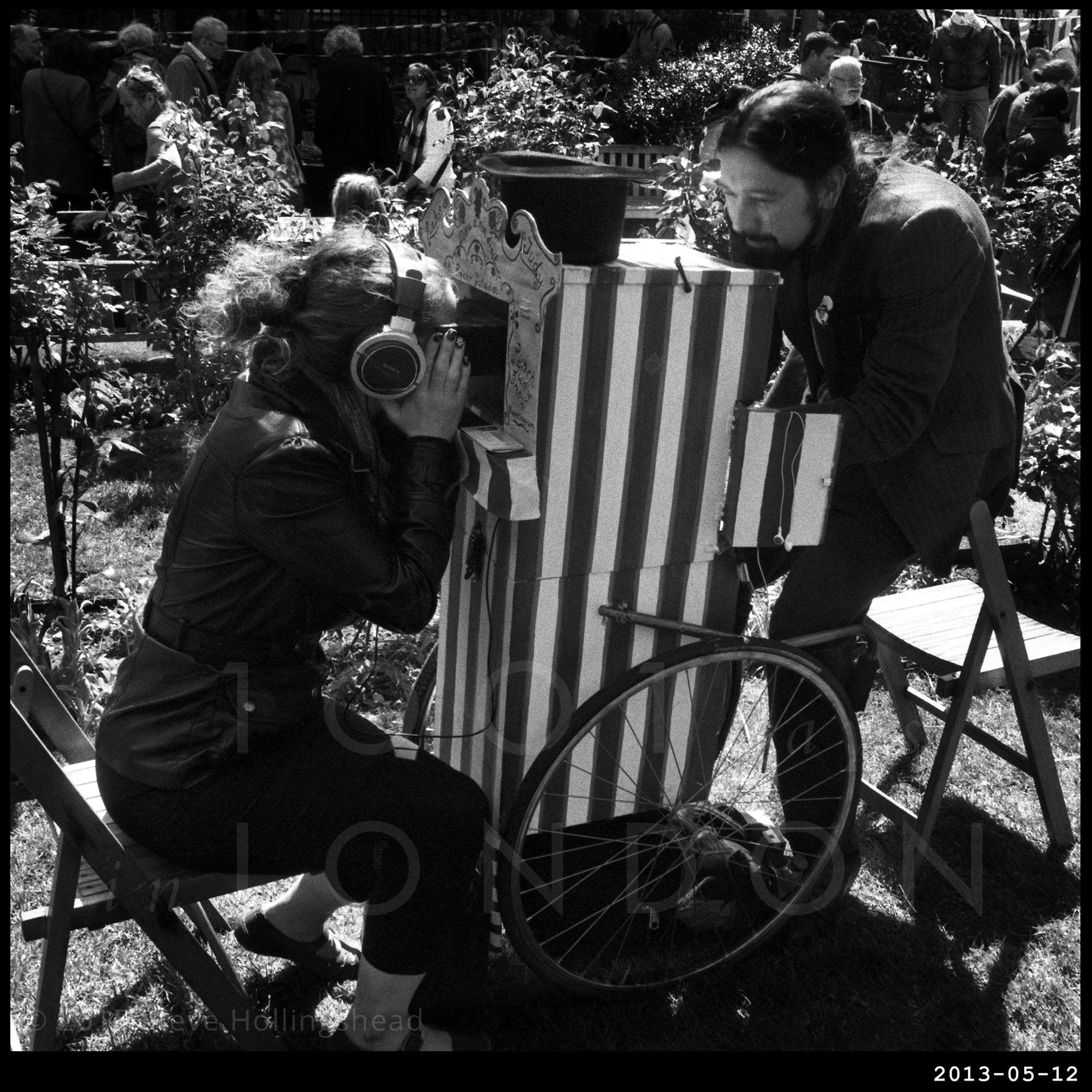 St Paul’s Church in Covent Garden, also known as the Actor’s Church (due to its proximity to Theatreland but presumably also convenient for any of the street performers In front to nip in to pray for a more generous audience) each Spring plays host to the annual May Fair and Puppet Festival. 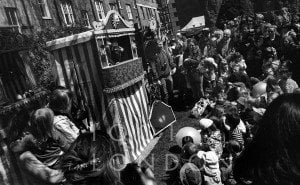 Organised by Alternative Arts, the event has a strong Punch & Judy element (Samuel Pepys having been the first to mention performances here over 350 years ago, when it was a somewhat less respectable neighbourhood than it is these days). Following a musical parade around the local streets and a blessing of the puppets in the church itself, the small garden fills with dozens of booths, each with their individual take on the perennially popular family saga about a psychopath with a huge nose & a funny voice, amongst those is this charming miniature version from PuppetSoup, playing to an audience of one. And, of course there’s a band...