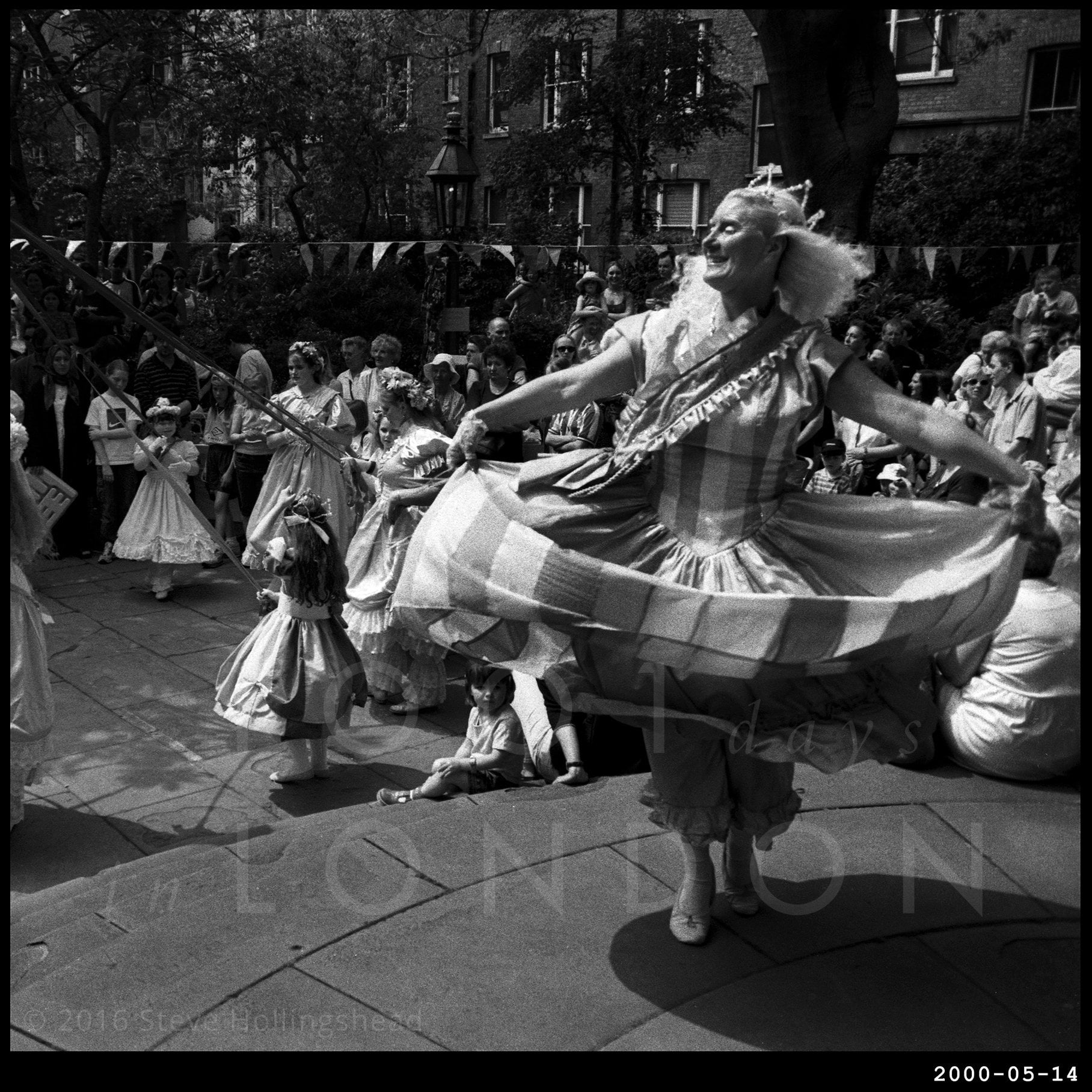 We’ve already covered another element of this event in an older post: lots of Punch & Judy shows squeezed into the tiny courtyard garden of St Paul’s Church alongside stalls and traditional spring time entertainment (it’s the Actor’s Church after all), but there wasn’t room to include any reference to the indomitable Donna Maria with her colourful team of young associates encouraging all and sundry to join in with a Traditional Maypole Dance. 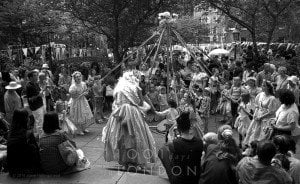 It’s testament to the relentless enthusiasm Donna has for her work, that even after all these years she still exhibits the same energy and passion at the many schools and public events she’s invited to to present her wholesome Victorian representation of the Spring celebration.

Of course, maypole dancing goes back much farther than the John Ruskin inspired creation we’re used to now. In fact, far be it for me to lower the tone of things, but the Maypole itself has somewhat more, shall we say, bucolic associations with fertility and rebirth than that displayed here (which is why the Puritans had it banished in 1644 – which ultimately proved a bit of a PR disaster (banning football also didn’t go down too well. Who’d have thought?). However, even pagan maypole dances these days don’t seem enormously different from Donna’s interpretation.

And what’s more traditionally English than Roy Wood, in a pre-Wizzard incarnation.