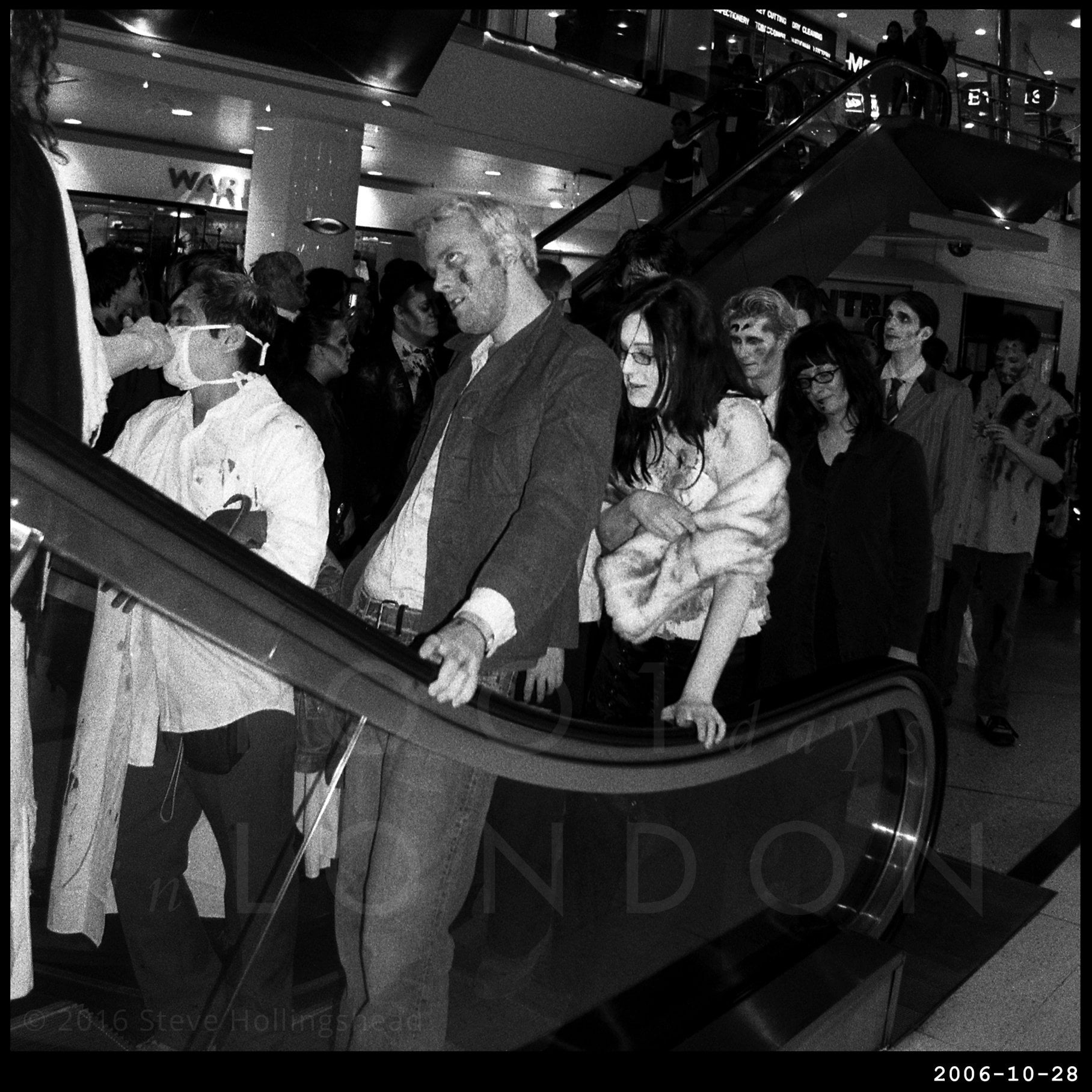 Crawl of the Dead 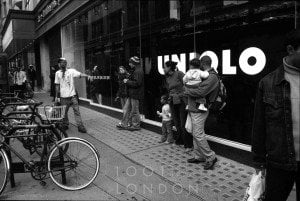 Back in the day before extravagant prosthetics were de rigueur amongst the ranks of the weekend undead, when the simple application of some theatrical blood, plenty of eye shadow and grey cream make-up was perfectly acceptable, the common quip would always be that you couldn’t tell the difference between the zombies and the shoppers [except you could, of course – the shoppers were carrying bags]. 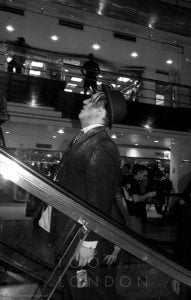 In a way that was George A Romero’s point, particularly in Dawn of the Dead, in which the zombies are instinctively drawn towards the shopping mall – so that’s what our gathering of ne’er-did-wells do as well, although what passes for a shopping mall in Oxford Street probably wouldn’t pass muster as a corner shop in Romero’s world. 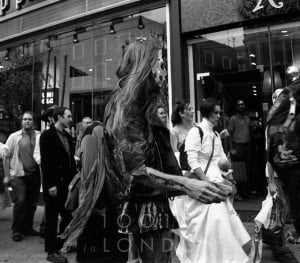 This place used to be the glamorous Bourne and Hollingsworth department store (living on, albeit in name only, as a groovy cocktail bar and restaurant). In 1986 it tried very hard to become the glamorous Plaza Shopping Centre [although I imagine ‘glamorous’ isn’t the first word that springs to mind when confronting a Sports Direct outlet].

At least they managed the odd fashion show here. And some dancing builders – all of which makes our zombies look rather prosaic in comparison. 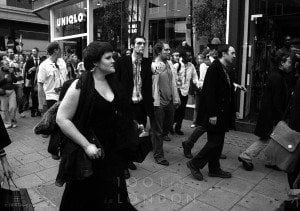 So to nobody’s great surprise, this too has found changing tastes and attitudes a bit too much to cope with, so we now have to wait and see if Next will succeed in enticing the sharp dressed walking dead into its new flagship emporium.

Anyway, let’s bring a little romance into the proceedings…