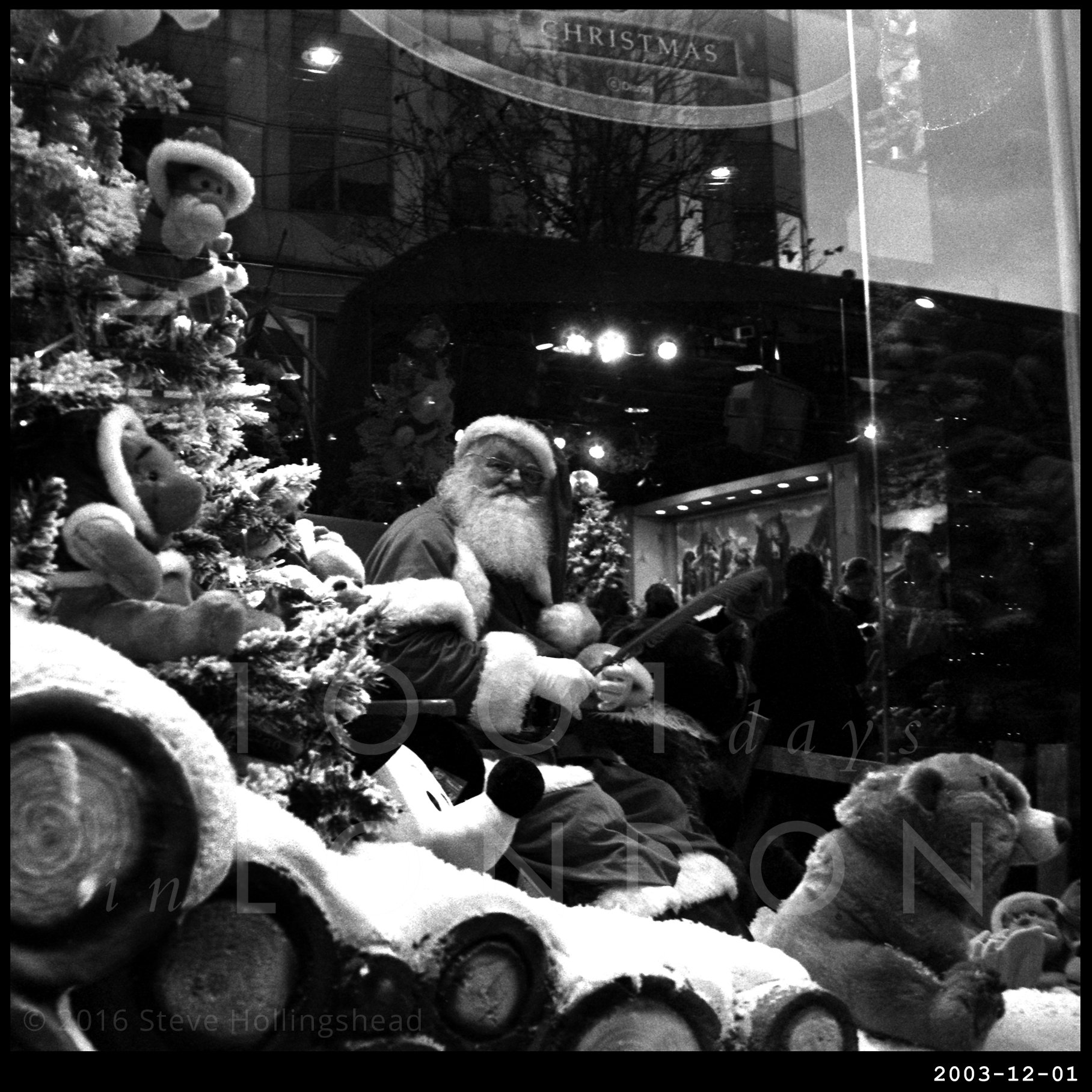 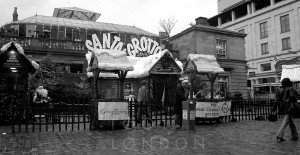 The perennial question of what to get one’s mother for Christmas appeared to have been solved: as a street photographer and graphic designer, it shouldn’t be too difficult to put together a year’s worth of images together, print them out and mount them onto some pre-designed sheets, get them spiral bound and Bob’s-your-uncle: a lovely personalised present. And if you’re doing them for one person, why not one or two more?

Within a few years, this was proving popular (and time consuming) enough to consider having them properly printed, as a limited edition, and to sell a few of them to cover the costs. 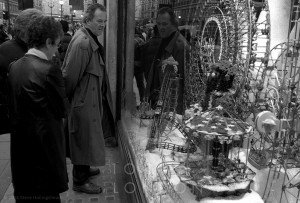 The slight snag with this, however, is that to have the product finished in time to sell, you need it completed as soon as possible – which presents a bit of a challenge for the December image. 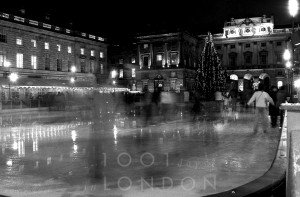 So, on the first of the month, this intrepid snapper sets off bright and early to the West End to capture something seasonal. Only it’s a little too early. Somerset House skating rink is pretty quiet, Covent Garden’s grotto is no better … even Hamley’s isn’t really into the party spirit yet – wonder the Disney Store’s Santa is looking pretty grumpy. 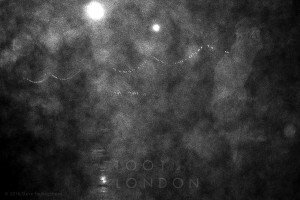 It’s beginning to get dark, so back to the skating rink… well it would have been livelier had they not just cleared everyone off to let the ice firm up (again).

And over on the South Bank, they have a marvelous ‘electric storm’ installation which is creating colourful misty light effects – not so fantastic in black & white, though. Still, at least they’ve got a buzzing funfair here. Oh… 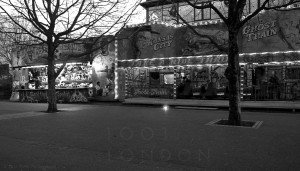 So we end up with a bit of a montage and a decision to maybe ‘cheat’ December’s picture for the next calendar. This sort of sums it all up…