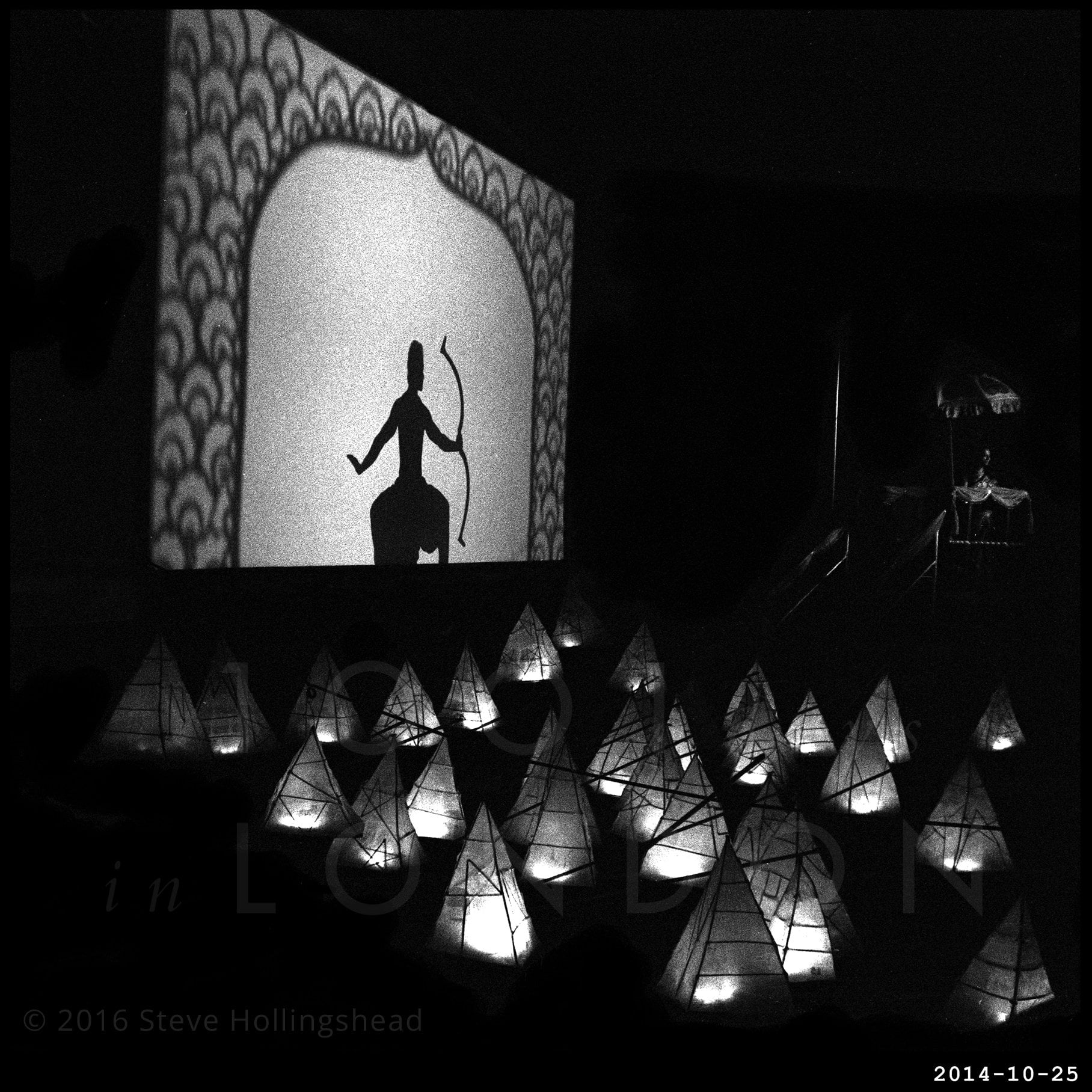 Hounslow, as we have already ascertained, is one of London’s most multicultural boroughs. It’s also been lacking a general open public square to celebrate this cultural variety, created, as it was (I’m reliably informed) adjacent to the ancient road to Bath at the point where weary travellers could reconsider their journeys and choose to go to Staines instead. 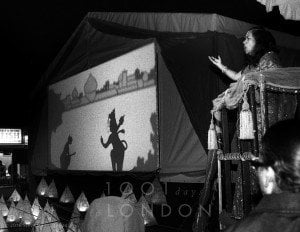 Anyway, thanks to a bit of Arts Council money, the council has created Bell Square, next to the famed pub of that name, and this Diwali event is amongst the first presentations to utilise the space. 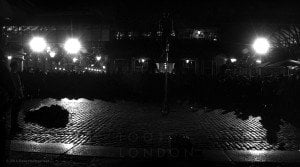 Created by Walk the Plank, Spellbound is a re-telling of the epic Indian tale Ramayana in shadow-puppet style but with human performers, along with a narrator, pyrotechnics, a lantern procession and, not unexpectedly, drums.And it appeared to go down very well with the locals. 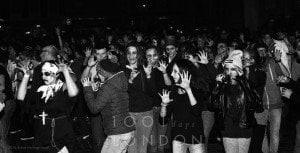 A little while later (in fact an hour later than everyone had been led to believe) in Covent Garden, a late evening street performer’s delight at the large audience he seems to have gathered evaporates rapidly on realising they’re all gathered here for a ‘Thrill the world’ flashmob for some famous song or other. 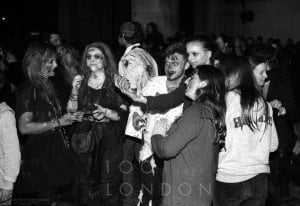 Eventually the couple of hundred ghouls get to strut their stuff, some more convincingly than others, though the actual dance choreography does look a bit corny these days, especially when compared to the classic Bharata Natyam style of dance we experienced earlier – particularly when there are 1,000 people taking part.