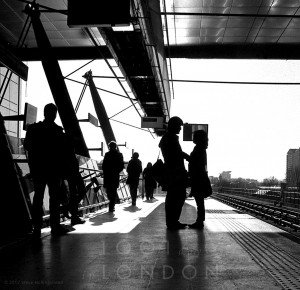 I’m not sure why DLR stations have big mirrors suspended above the end of each platform, considering the trains are driverless, but because they do the picture of the day isn’t the more dramatic ‘straight on’ silhouette of this affectionate couple – who evidently aren’t as fussed as the other passengers are about making the most of some rare February sunshine.

Yes, I know I could Photoshop it out, but that’s just that little bit beyond being an ‘honest’ retouch for me. Heigh ho. 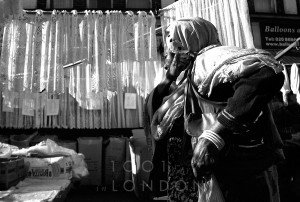 Anyway, to many people who don’t live or work in the area, the Isle of Dogs can be a baffling mixture of forbidding giant office blocks, ‘luxury’ apartments and underground shopping malls [architecturally inspired by Marineville in Stingray, I reckon] – which is why anyone heading to Greenwich – or, in this case, Deptford – changing from tube to DLR at Canary Wharf should sensibly use the humble Heron Quays station nearby [where, incidentally, an aircraft once landed to demonstrate the viability of creating a City Airport in the old docks] rather than the one deep in the confusion of the shopping mall. 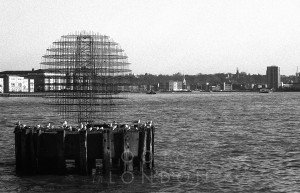 Why Deptford? Well, the Saturday market on the High Street is popular enough for locals to sing about (not that everyone think so) and there’s plenty of creativity in the area. 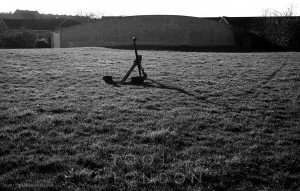 Also, once you get around the Inevitable Big Riverside Development, there’s a fine walk from Deptford Strand towards Rotherhithe and back towards the City [inserts tenuous musical link here].