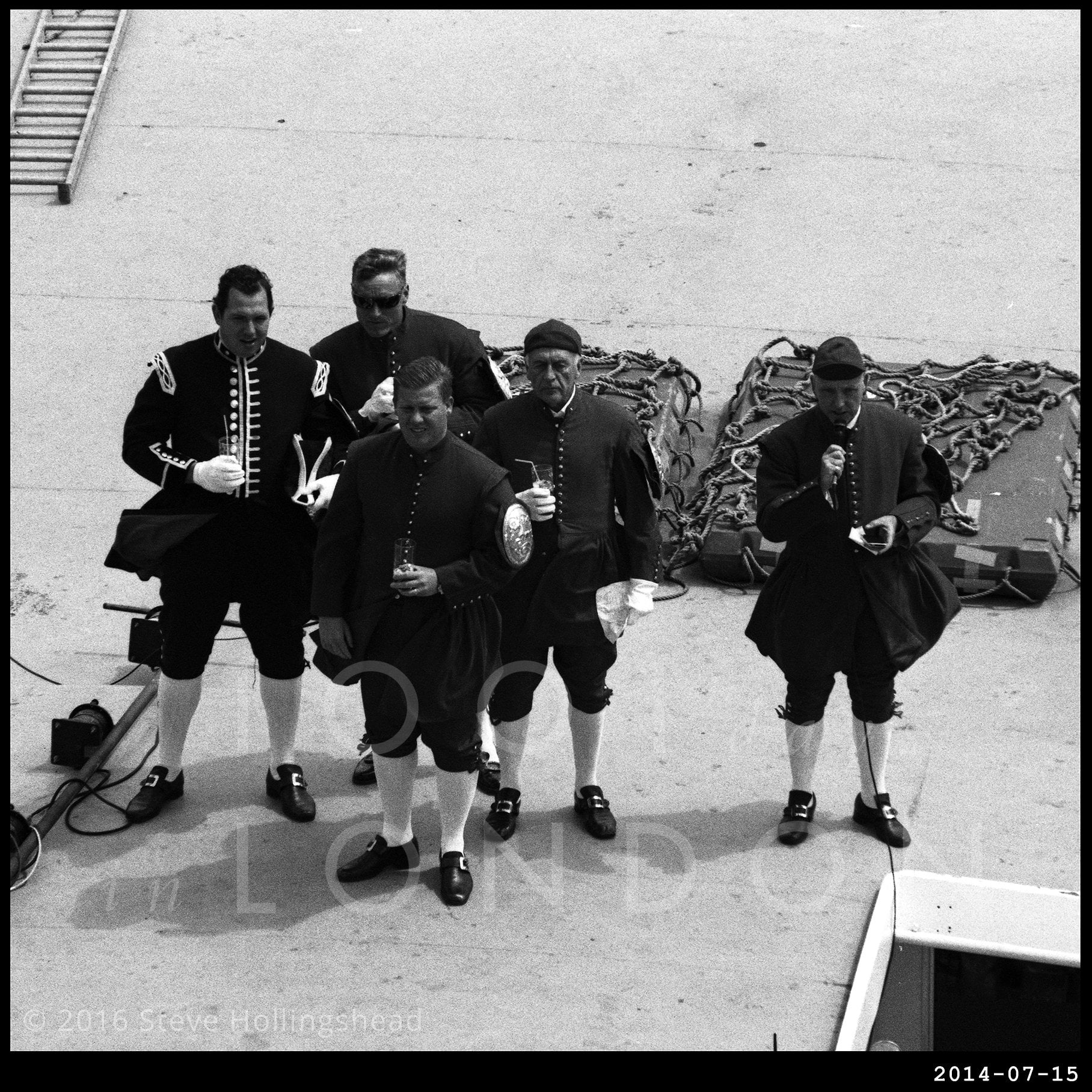 Ok, what we see here isn’t the race per se – these are obviously spectators. In fact they’re part of the entourage of water-borne support in pursuit of the small number of competitors straining away in their single sculls heading towards Chelsea (having started at London Bridge). These chaps can enjoy themselves, though, because they’ve all been there and done it – hence the natty outfit, as decreed by Mr Doggett himself back in 1715, of a waterman’s red coat with silver badge on the elbow, which has been the prize given to the winner of this competition every year since – and they’re all listed here, along with plenty of photos and info tidbits.

The men taking part in the race (this does seem to be a male only preserve…) are apprentice Watermen – young fellows who’ve been training (This tells the whole story. This doesn’t quite) for 5 years to qualify to captain any boat on the Thames between Teddington and Gravesend. Well that used to be the case anyway. The government has ditched that fusty old scheme for something less demanding, which obviously has made the river a much safer place.

Anyway, the race carries on, despite the diminishing number of young apprentices (this is after all nothing new: back in the 16thC there were something like 10,000 ferrymen plying their trade, mostly as a water taxi service – but London only had the one bridge at the time – since then numbers have dwindled to the hundreds), and, despite being one of the oldest continuous competitions of its kind in the UK, isn’t generally a great draw for spectators, even with royalty in attendance.

A bit tenuous this link: it’s got water in it & she’s obviously a distant relative, so that’s good enough for me…