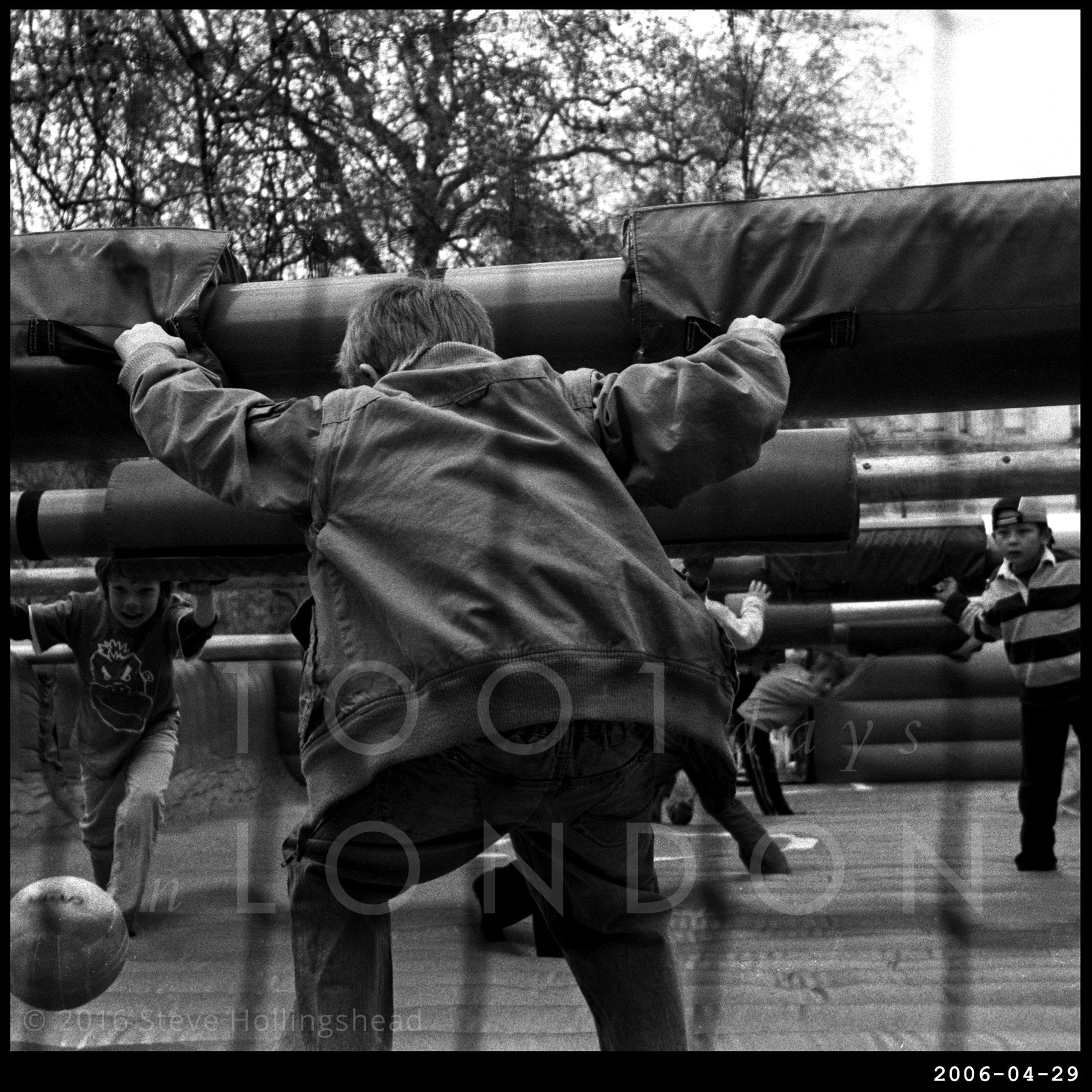 The Dutch have had a very amicable relationship with the UK over the years, and also have a constitutional monarchy, for which they get a national holiday each year at the end of April  (no, I’m not sure why we don’t get one for ours either…) & for the past few years on and off the (quite sizeable) Dutch contingent based in London like to throw a bit of a party. Unusually, the place they chose for these celebrations in 2006 were the gardens for the Inner Temple, in the heart of London’s legal district.

The area between the City of London and the West End has been associated with all things justicie since the Middle Ages, and usually the area near the river around Temple is a haven of tranquility (apart from the Walkabout, obviously) – we’ll see how that changes once a certain un-nameable bridge starts dumping thousands of bemused tourists on its streets in the near future.

Anyway, the Dutch pitched a big tent in these delightful surroundings and invited everyone to a family fun day (where, amongst other activities youngsters had the opportunity to indulge in a spot of human table-football), followed by a bit of an Oranjegekte knees-up later on.

In later years, the festival migrated to Trafalgar Square, where there’s a bit more opportunity for a good dance. Though not to this, surprisingly enough.

It was Canalway Cavalcade in Little Venice, which, seeing as we’ll be visiting that another day, there’s no need to say much about it here.