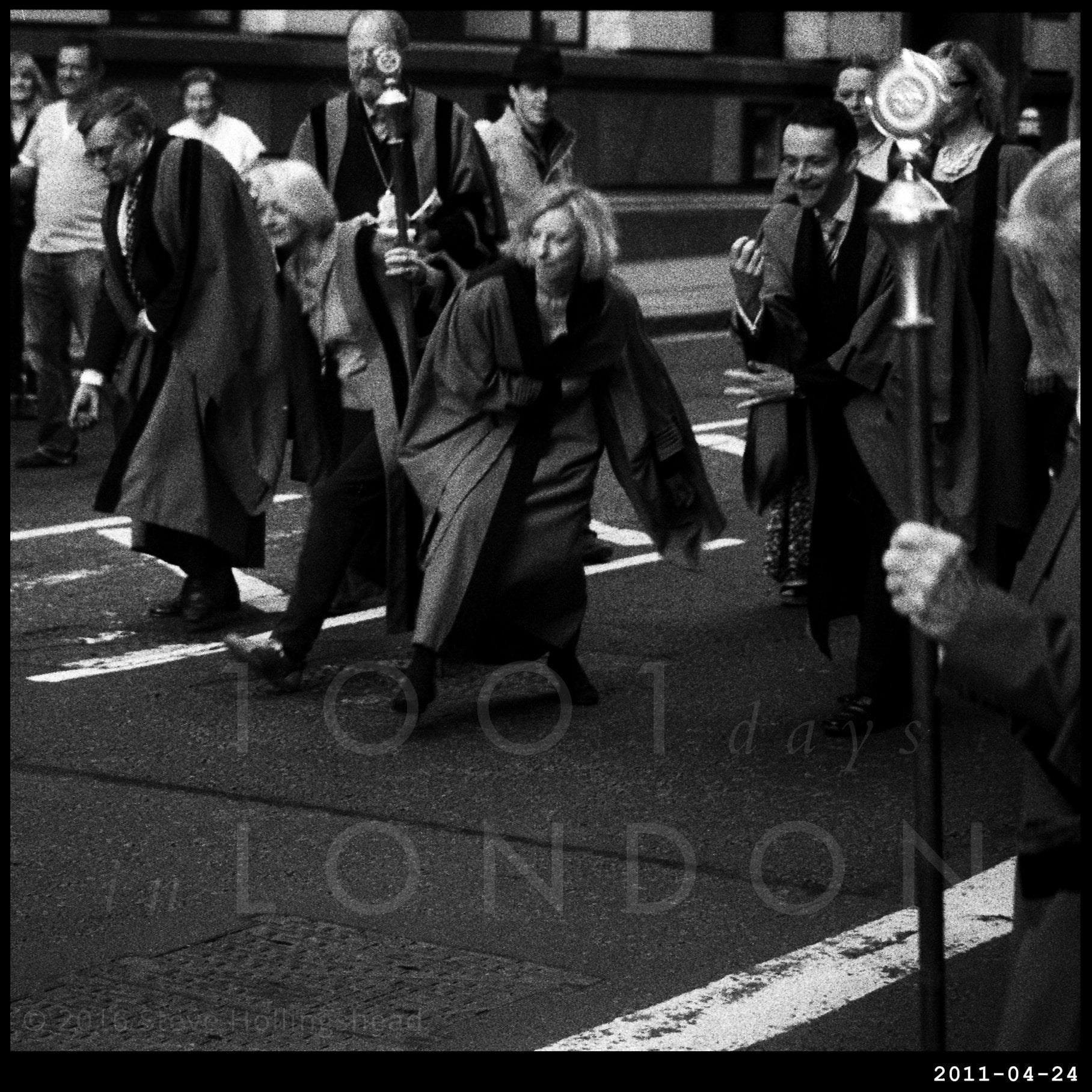 Well, you either have to be up pretty damn early to catch this, or just happen to be trudging your way home in the small hours from a night of shouting and drinking at one of London’s estimated 5 million nightclubs (that may be a slight exaggeration…), for this spring tradition is taking place before dawn on Easter Sunday – which is just as well, really, as there are no traffic controls in place. It’s also my second egg-rolling experience in three days.

So here we have the choir and congregation (and a decent one at that, even this time of day) of St Bride’s Church celebrating the re-appearance of Jesus by rolling/hurling a load of eggs down Fleet Street in the direction of St Paul’s. A chocolate version is awarded to the winner.

St Bride’s is, of course, famous as the Wedding Cake church. There’s been a church here since the 6th century, rebuilt by Wren after the Great Fire and then gutted by the Luftwaffe and carefully restored again (and even has its own museum). It’s still recognised as the spiritual base for the newspaper industry, even by the man chiefly responsible for removing it somewhere far away from the influence of Trade Unions, and has strong links to West Ham football club (ok, ‘a tenuous link’, then). Maybe this is more appropriate. 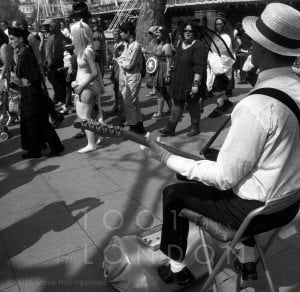 It being a Bank Holiday weekend, there’s obviously quite a bit going on around and about. Down on the South Bank they’re having a Science Fiction film festival, along with dress-up opportunity & parade. Very similar to what went on in Stratford in 2013 in fact.