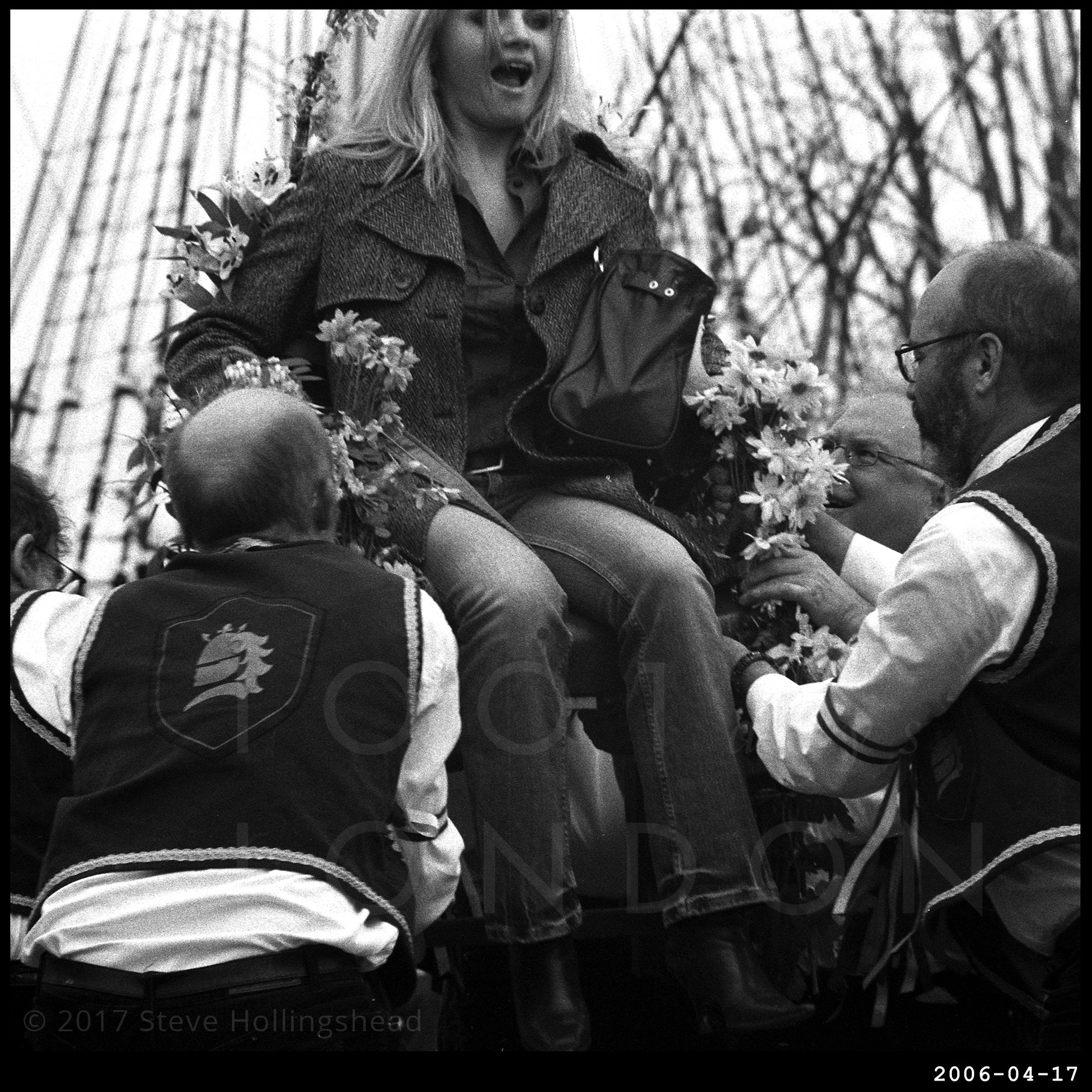 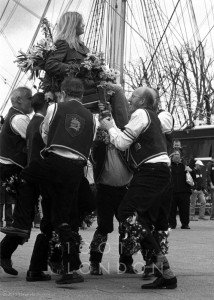 The good folk of Greenwich seem traditionally partial to a early spring celebration: back in the day it would have been the park where it all would all have been happening – rolling down the hill being a particular popular pastime. 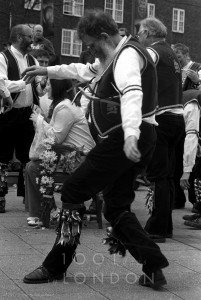 These days the entertainment is usually concentrated around the riverside area (as is their humble late summer offering), with the May Day Deptford Jack often passing through in search of pubs, and the local Morris team’s revival of the Easter Sunday Maiden Raising (or ‘Heaving’ if you want to be less genteel about it), which we covered in depth in a previous post. 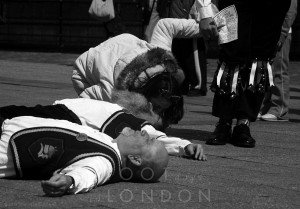 What’s different to that occasion compared to this one is the radical change to the appearance of the famous old clipper behind our gallant performers here, for, just over a year after these images were taken, the Cutty Sark was ‘destroyed’ in a catastrophic fire.

Rumours that the fire might have been started deliberately were confirmed when it was revealed that a vacuum cleaner with a grudge was the culprit. 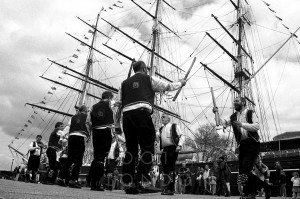 Despite the huge amount of damage sustained, the boat was successfully restored, though now wrapped in what appears to be a huge inflatable swim ring. Well you can’t please everybody.

At least they’re still very fond of the ship in Russia.