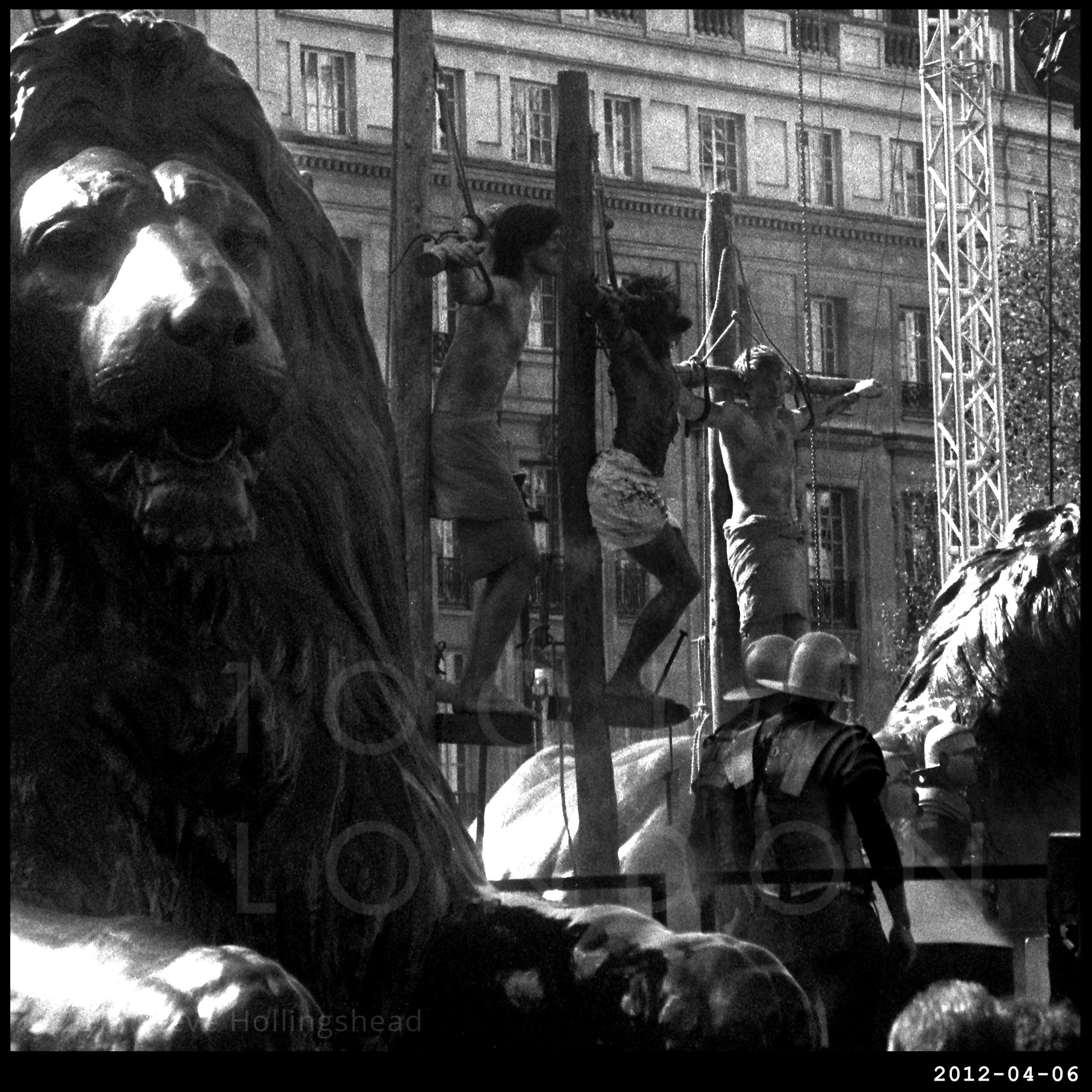 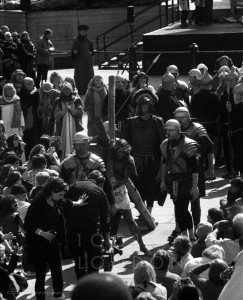 In case you’re wondering, public executions in the UK have been banned since 1868 – the unlucky Fenian Michael Barret providing the last public spectacle in 1867 for the botched prison escape bombing in Clerkenwell – and, as far as I can tell there isn’t the remotest chance of it returning, despite the prevalent enthusiasm for dragging the country back to the Dark Ages/Good Old Days. 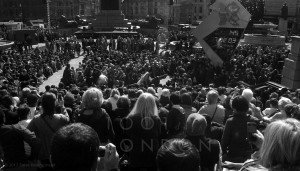 The large crowd gathered in Trafalgar Square today haven’t been drawn here as a result of blood lust, but are here to witness The Passion of Christ – a Good Friday re-enactment of the events leading to the crucifiction of Jesus – provided by the same people who have been bringing the somewhat more upbeat events surrounding his birth in Wintershall for a number of years already [Though if you do prefer the bloodier version, there’s always Mel Gibson’s interpretation…]. 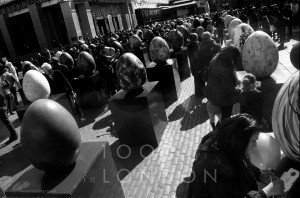 For the non-practicing Christians and Heathens there’s an Easter event of an altogether different kind just down the road in Covent Garden, where Fabergé’s Big Egg Hunt is reaching its conclusion with over 100 decorated giant eggs gathered on display (after a not-entirely-subtle ‘forty days and forty nights’ being ‘hidden’ around the city) before a charity auction – not unlike the Elephant Parade from two years earlier you might think, and you’d be right as the Elephant team collaborated in this project. And so successful was it, they took it to New York as well. 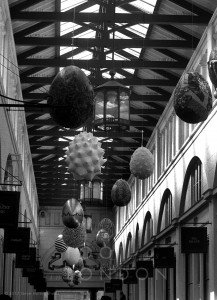