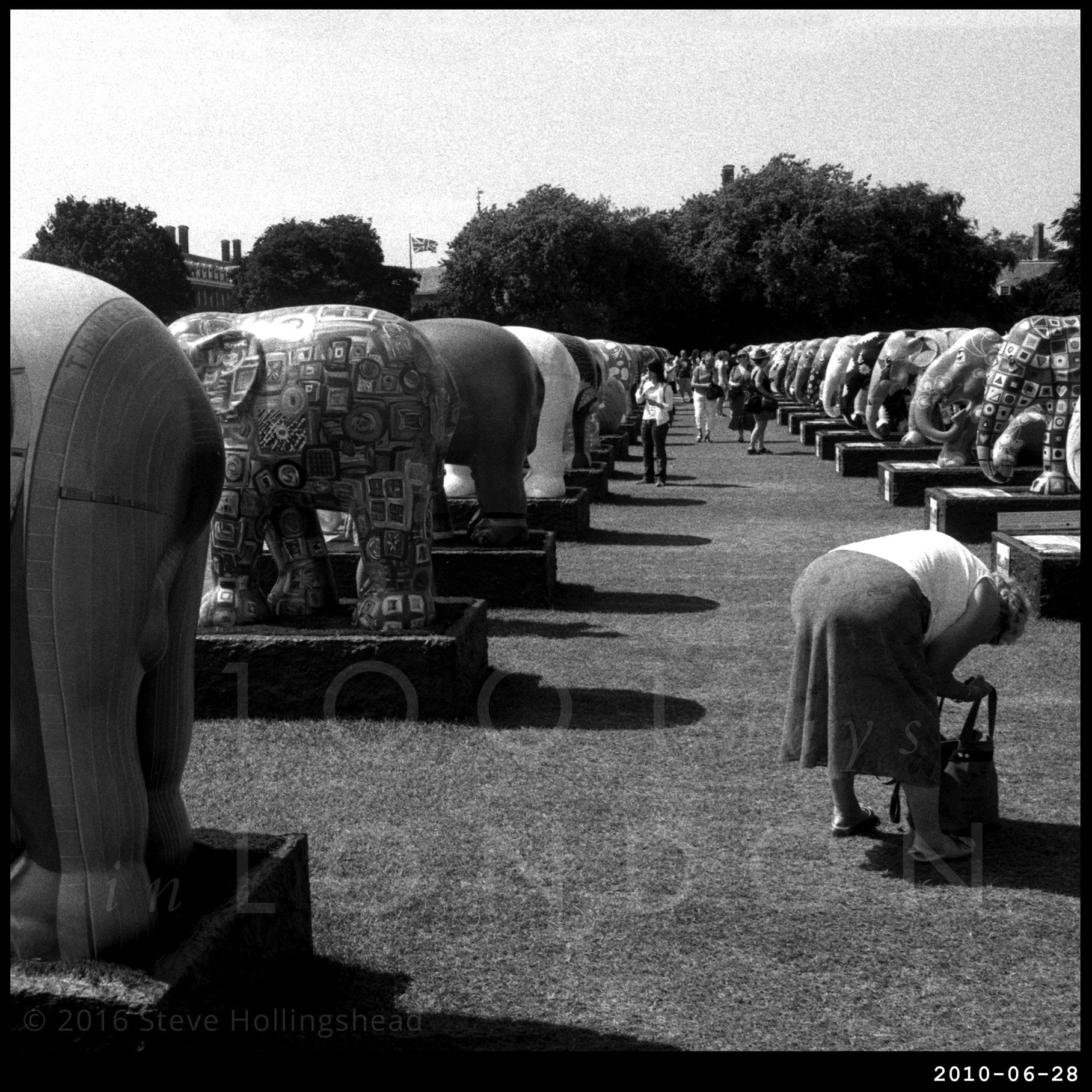 Anyway, here we are in the grounds of the Royal Hospital in Chelsea (as opposed to the Chelsea hospital which is closer to Fulham, really), the home of the Old Brigade – or the Chelsea Pensioners as they’re more commonly known these days, and also the venue of some annual big garden-ie thing in the summer, but for a brief period in 2010 it housed over 250 decorated Elephants. 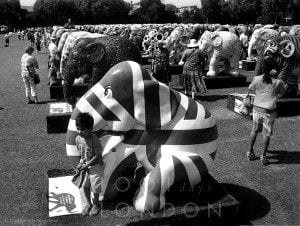 This was the culmination of what proved to be a hugely successful awareness and fund-raising campaign in support of endangered Asian elephants. Some of the world’s top artists and designers (and ex-footballers) were presented with the challenge to produce or decorate a sculpture in their own unique style. These were placed in locations throughout the city before all being brought together in Chelsea for a grand auction, which raised over £4 million for Elephant charities. This is different sort of elephant painting. This has nothing to do with painting, but it is quite fun.

So successful was the campaign that it has inspired an almost endless stream of similar projects, though none of them quite on this ambitious scale. And I suppose that for musical accompaniment, you’d expect me to link to something by Disney. That’d be too obvious, this is a different type of Elephant Parade. 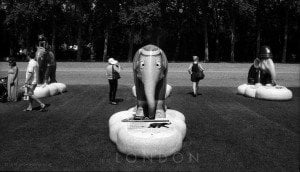