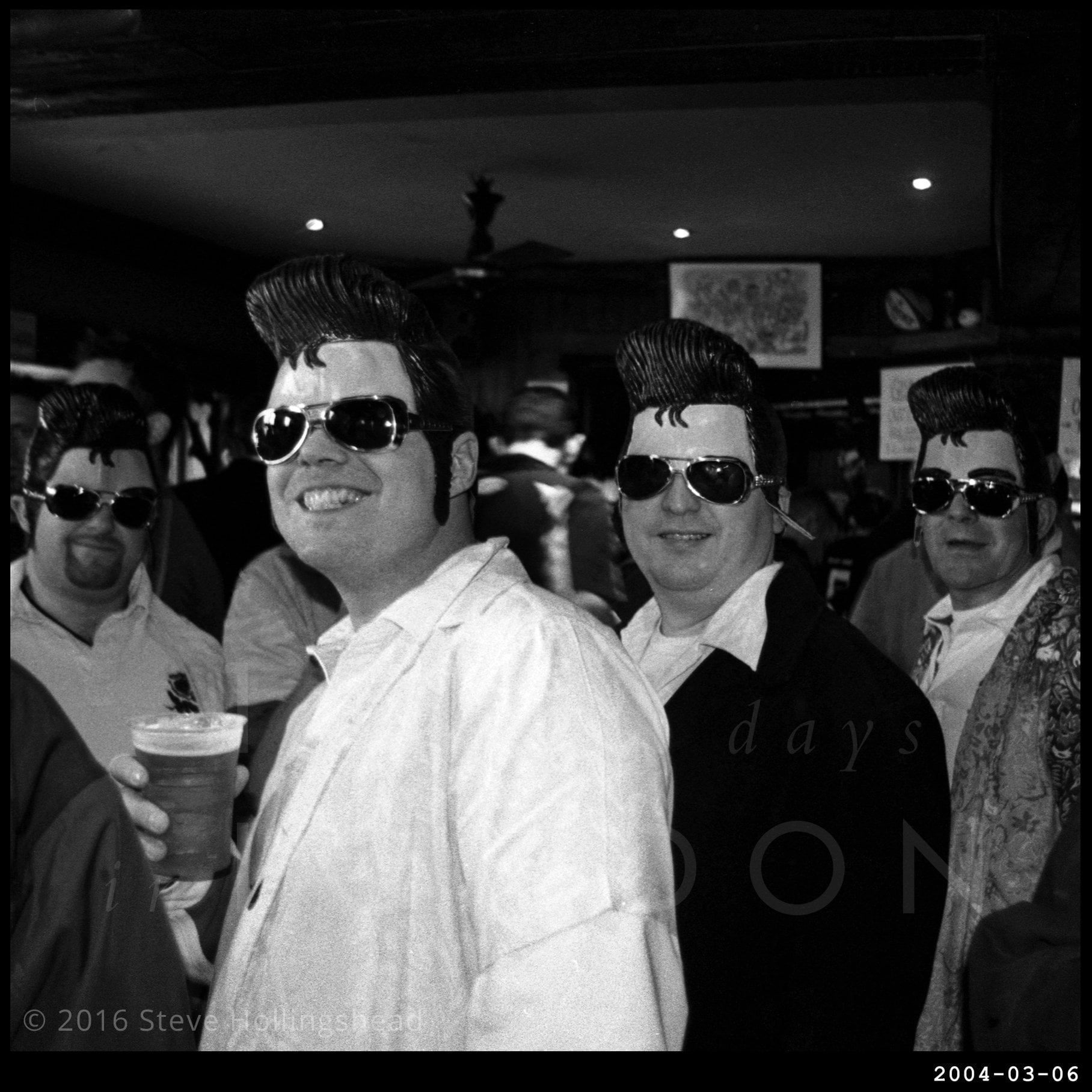 There was a time, back in the early days of the century, when it was seen as something of a novelty to go to a major sporting event at, say, Twickenham in some sort of fancy dress. These days, of course, it’s a rarity to come across anyone who isn’t.

So here we are in the World Famous Cabbage Patch pub, the last port of call for rugby fans worried they might die of thirst before they get to any of the bars at the Stadium. The pub itself is named after the stadium’s usage before the realisation that rugby might be a more interesting spectator sport. It has no connection to those revolting toy dolls (which I refuse to link to), or this fantastic dance move. It does house some great music & cabaret nights, apparently.

Anyway, this fine bunch of fellows have opted for the Elvis look in which to enjoy the England v Ireland 5-nations match (though he apparently plays for Samoa). They could, of course, have something to do with this bunch. 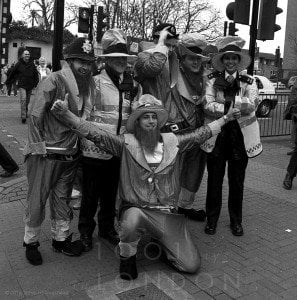 And the result? An unexpected (at the time) victory for the Irish, which evidently went down well with the Leprechauns here.