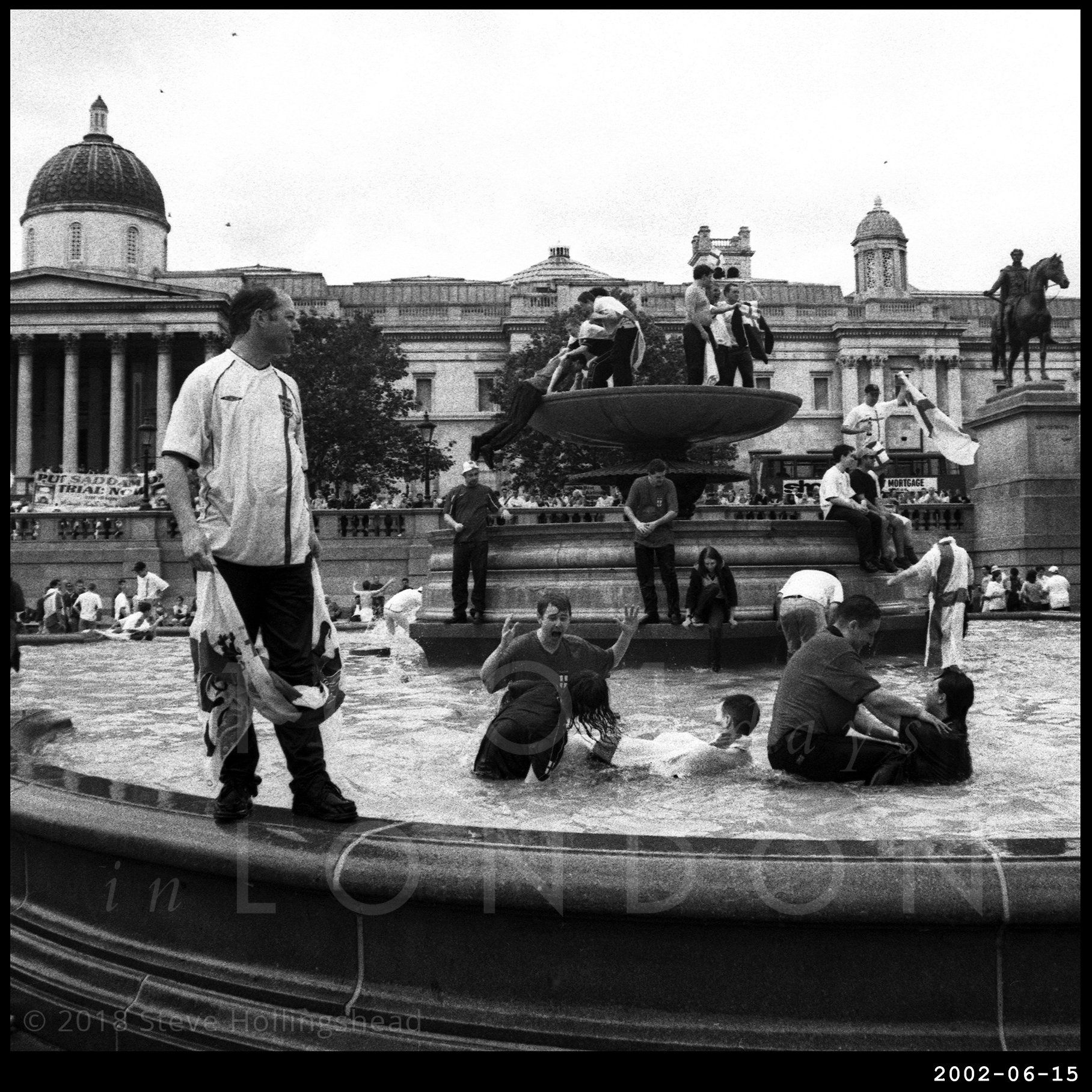 You do wonder what our friends in mainland Europe would make of this: the centre of a capital city becoming a major party zone filled with uninhibited joyful celebrants following an epic sporting victory.

Nothing unusual there, you may think, except the major victory everyone’s going wild over here is a 3-0 win over Denmark to reach the quarter-final of the 2002 World Cup. Yes, the quarter-final. And yes, Denmark – although given England’s recent record against Nordic opposition, we’ve no right to any condescension here, oh no… 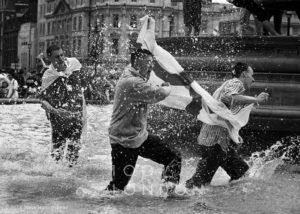 It’s almost as if reaching a quarter-final amounts to the best we could possibly aim for, given the consistent ineptness of our national team in major competitions, and, following the inevitable limp exit five days later (this time David Seaman earning the coveted Scapegoat of the Tournament award) to eventual tournament victors Brazil, it’s hardly an inaccurate assumption.

Anyway, joint hosts Korea and Japan (both of which have held their own celebrations in this august setting over the years) managed to put on a memorable competition, – it certainly hasn’t been forgotten by the Spanish and the Italian supporters…

And who amongst us doesn’t look back fondly on Ant & Dec’s unforgettably rousing anthem that sent our boys on their way that hot summer? Ok – That’s nobody then… well I suppose in comparison it lacks the finesse of this classic contribution to the aural arts from four years earlier.