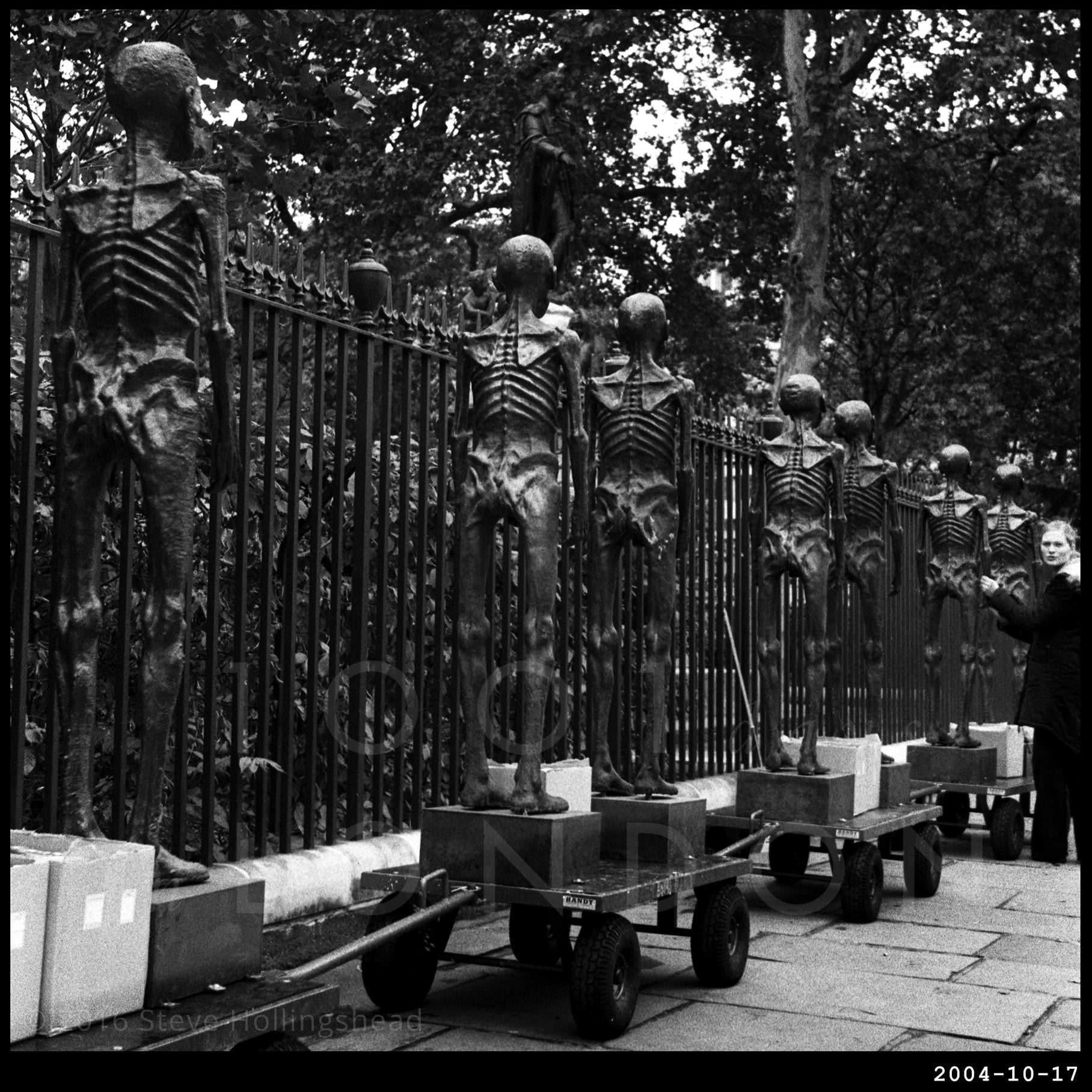 Here’s something that is now very unlikely to ever happen again: thousands of activists representing hundreds of disparate political and social reform groups descending on London for a 3-day cornucopia of discussions, activities and seminars that was the 2004 European Social Forum (following similar gatherings in Florence in 2002 and Paris in 2003). 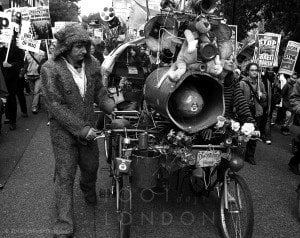 Invited by London Mayor Ken Livingstone, and enthusiastically endorsed by a number of Labour MPs, if not so much the Prime Minister himself (– can’t imagine why…), the whole event didn’t exactly run completely to plan, as, alongside lack of funding and occasional chaotic organisational problems, was the factionalism and discord such a diverse mixture of Left-leaning groups would inevitably conjure up [this never seems to happen with the radical right, most of whom learned to button their lips and wait until they were in power…]. Still, at least the Millennium Dome got put to good use for a change, 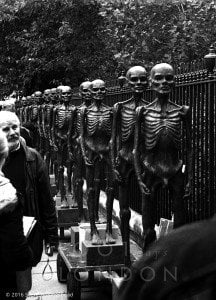 Anyway, it’s the final day and there’s a big collective march from Russell Square to Trafalgar Square to enjoy. Here we are at the preparations (nearby Senate House being one of the ESF venues), where the 200-year-old Duke of Bedford has been upstaged by the presence of Danish sculptor Jens Galschiøt’s haunting collection of bronze castings The Hunger March and Survival of the Fattest. 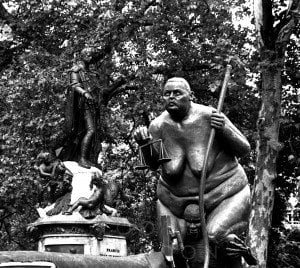 And later in Trafalgar Square the hardy souls who survived the march, the speeches and yet another downpour were treated to an acoustic set by young radical Pete Doherty, which we share with you here.