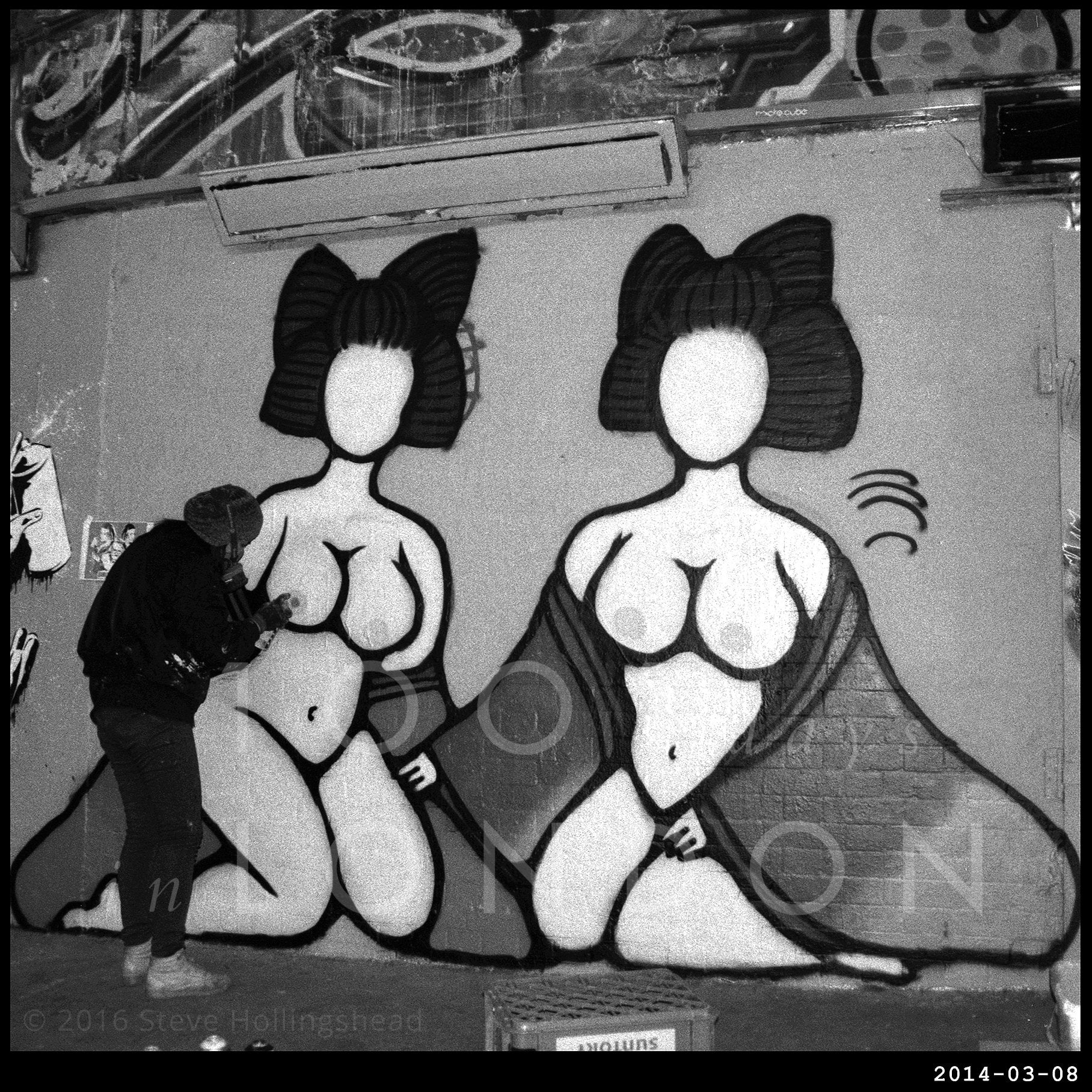 It wasn’t all that long ago that any street art involving spray cans was considered a particularly unpleasant form of vandalism. Now, in the recent plans for the ‘improvement’ of Waterloo’s Leake Street ‘graffiti tunnel’, the developers insist they want to ‘safeguard’ the art in its new sanitised environment – despite the fact that none of the art lasts more than a few days at the best of times – there’s even an artist at work in the illustration here (‘the famous Banski graffiti tunnel’). Sorry, I’m getting ahead of myself here… 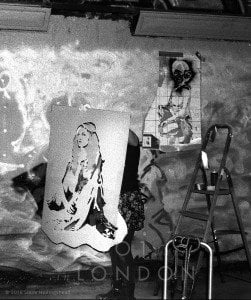 Leake Street used to be the taxi route out of the Eurostar Terminal until the trains all moved to St Pancras and the road was closed off, becoming an unofficially official graffiti zone, made famous by the afore-mentioned Russian oligarch of a stencil artist (who we’ll come back to at a later date), and patronised by every spray can cowboy worth their salt since. 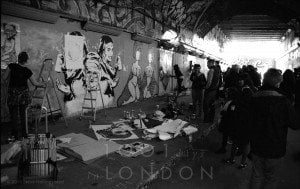 On this particular day, it being International Women’s Day, the walls were painted a bright pink and given over to female artists under the banner of Femme Fierce (raising money for Breast Cancer Care in the process). You can see is all happening here and here. And here’s some properly International Women quite possibly risking their lives to get their message across.

Meanwhile, up in Shoreditch… 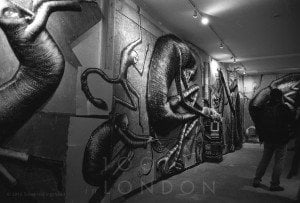 it was the last weekend of the much travelled and lauded Phlegm’s Bestiary presentation at the Howard Griffin Gallery (though I do think House of Phlegm has a better ring to it).