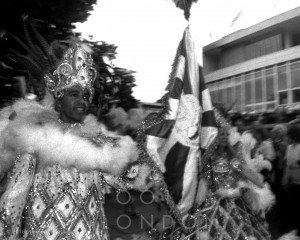 It pretty much goes without saying, that without the South Bank in general and the Festival Hall in particular, this project would probably be called 732 days in London [that’s just a random guess, incidentally…], which doesn’t quite have the same ring to it. So far we’ve had Big Busking and Dancing, Jazz and Alchemy, Hide & Seek and more. And here we are again… 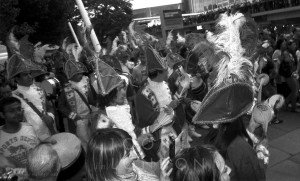 So, it’s 2010 and the venue decides to go all Brazilian for the summer – not entirely sure why, but who cares – with a whole cornucopia of events spanning the artistic spectrum for the season’s 10-week duration. And there’s a favela we already know about. 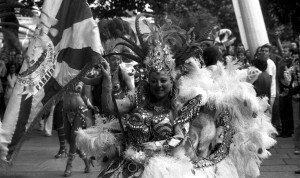 And of course there’s quite a bit of Samba around and about. This particular afternoon the venue is playing host to Paraiso – one of the big three schools in London – for a celebration of all things Samba, including a detour around the outdoor terraces as something of a warm-up for the following week’s annual jaunt around Notting Hill [which went well by all accounts]. 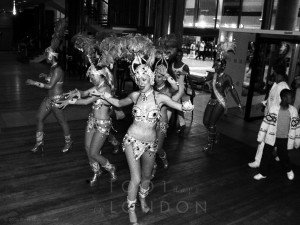 Incidentally, the all-conquering noise of the bateria only really took off in the 1950s, which is why you don’t often see Carmen Miranda competing with the Surdo. These days the batucada element of the performance has a life of its own, in more ways than one, it seems.