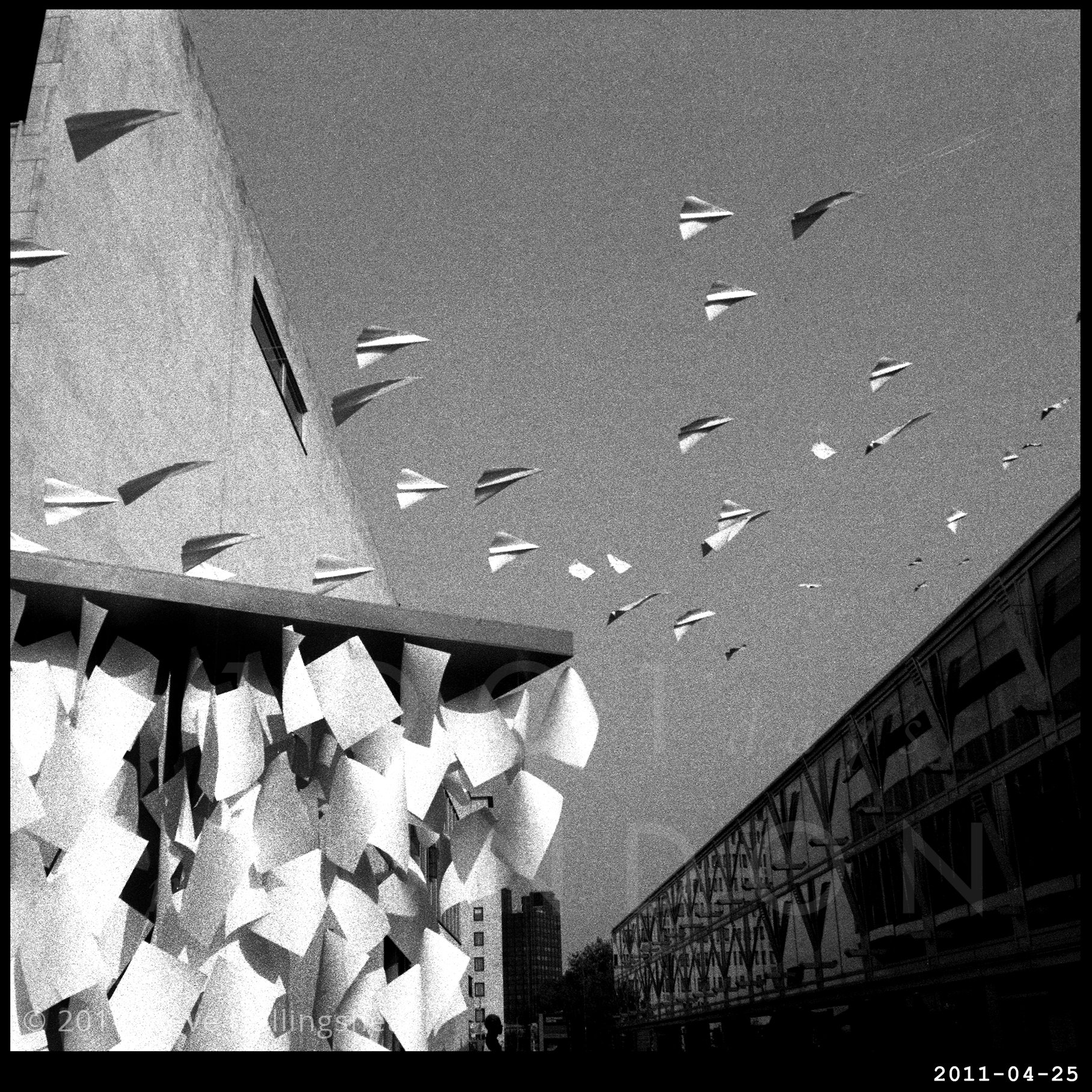 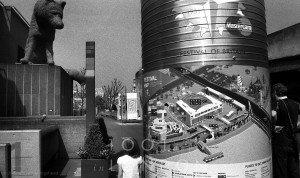 Ever since the Royal Festival Hall completed its major revamp in 2007, artistic Director Jude Kelly has been keen to extend the presence of the venue and its community commitments as much as possible into the spaces around about the venue, particularly after the success of the Brazilian themed summer of 2010. 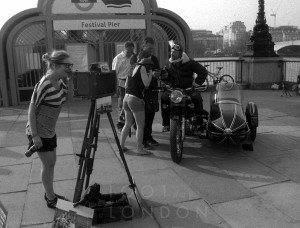 Well, as luck would have it, the following year just happens to be the 60th anniversary of the Festival of Britain, so the venue isn’t going to let that go without a major shindig, even if it can’t compete with the epic event back in 1951. 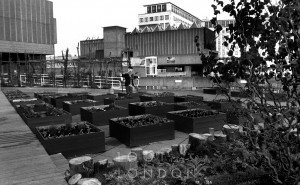 The 2011 celebration introduces the now perennial riverside sand pit and the how-on-earth-did-we-not-think-of-this-earlier roof garden [which, for a while at least, is something of an undiscovered oasis…]. Not to mention the giant straw fox…

One of the most visually (and aurally) dramatic installations is Gitta Gschwendtner’s ‘The Lion and the Unicorn’ [the symbol, of course, for the ‘united’ kingdoms of England and Scotland…] – a homage to the 1951 Pavilion of the same name, highlighting the experiences of refugees and migrants through poetry, and cunningly transposing the original Festival’s ceramic birds feature into paper aeroplanes. 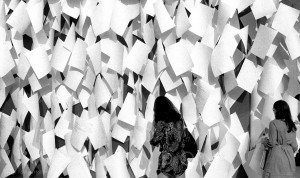 And, serendipitously, it just so happens that the Southbank’s 2017 Meltdown Festival’s curator is M.I.A, who has a thing or two to say about refugees, and has also had something of a popular hit regarding paper planes.