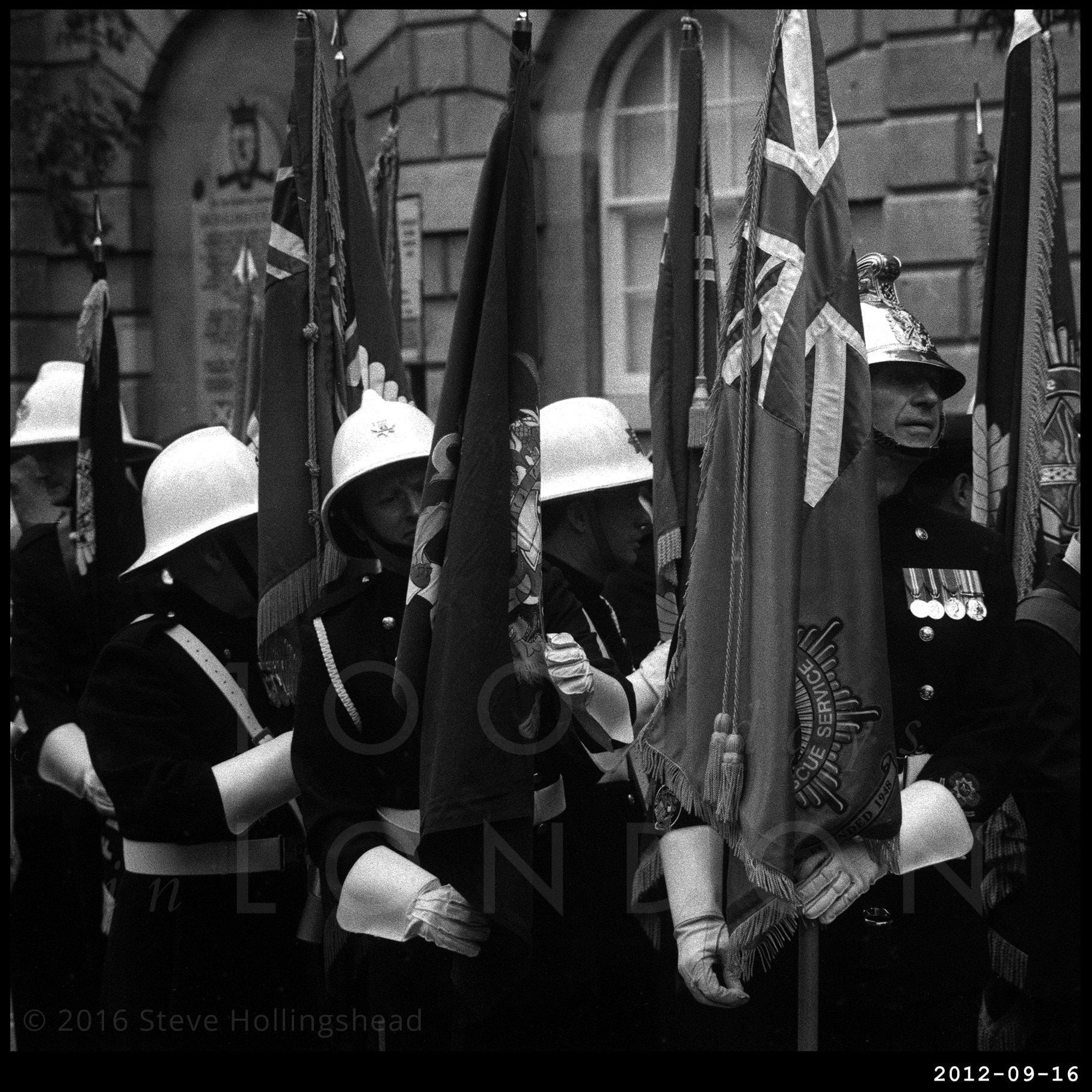 If, for some reason you choose to cross Millennium Bridge away from Tate Modern and Bankside towards that big dome shaped building on the north side of the river (and many people apparently do), you might notice a striking bronze monument at the top of steps depicting a group of second world war firemen in action. 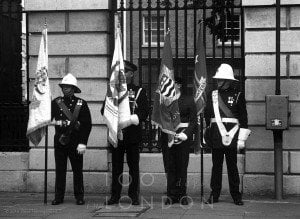 This is the Firefighters Memorial, a tribute erected in 1991 to the men and women of the Fire Service who lost their lives during the Blitz (and, since 2003 extended to all firefighters to have died in the line of duty). 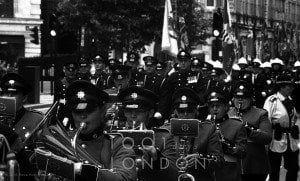 Each year a colourful yet solemn procession passes through the city streets to lay wreathes at the statue, following a service in a local church (this particular year it was in the seriously historic church of St Bartholomew the Great). 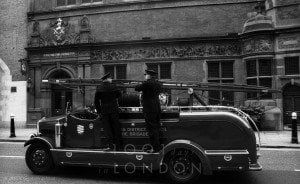 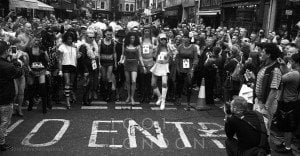 Meanwhile, In somewhat stark contrast, a couple of miles to the west, the streets of Soho are packed with spectators for the second annual Drag Race – which is decidedly busier than the inaugural run the previous year, and, as you can see here, taken more seriously than you’d expect. Well, by some, anyway. This is all in aid of the Albert Kennedy Trust, so, in a very different way, we’re still celebrating something heroic [yet, despite the success of the event it hasn’t been run since…].