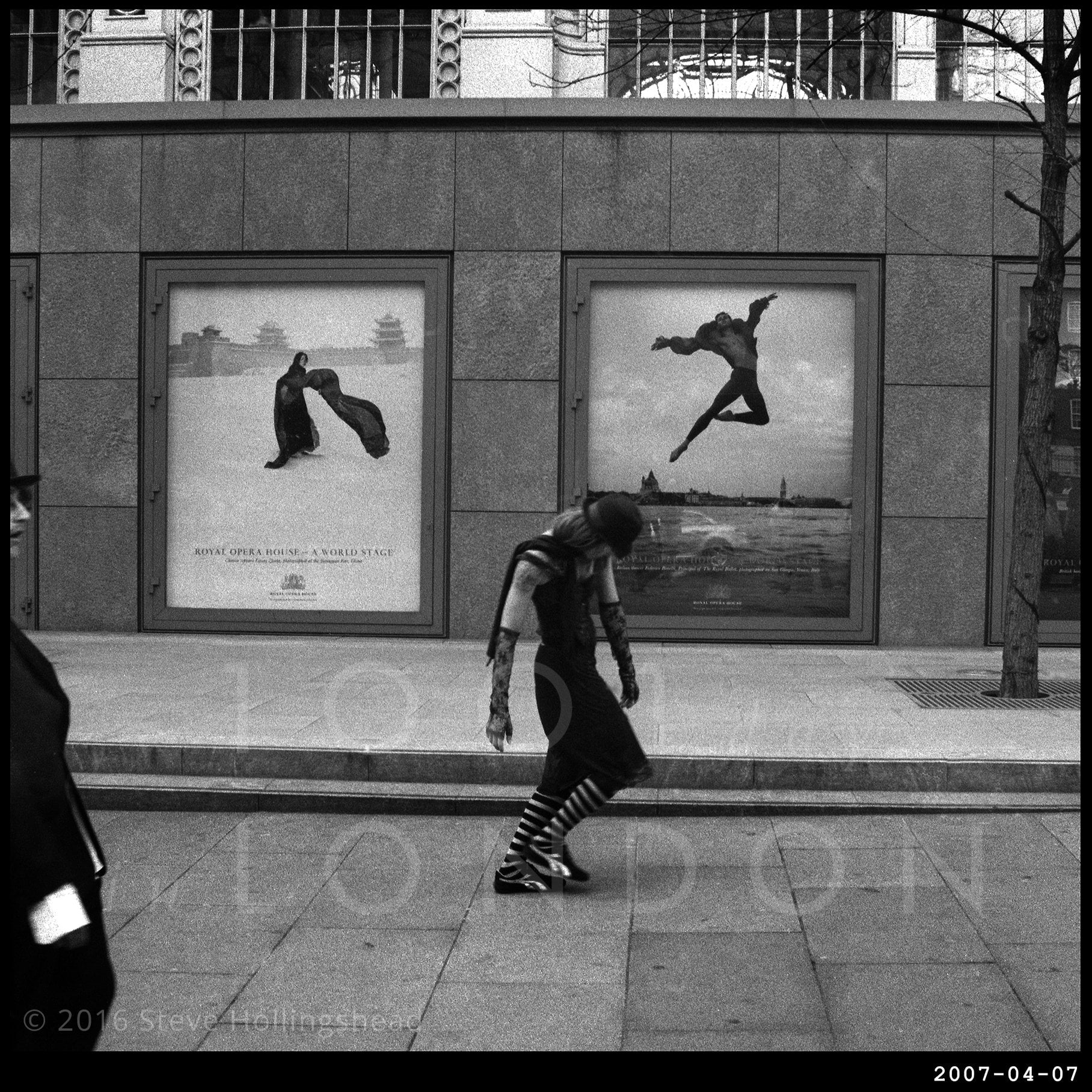 The impact of technological change and how rapidly it has affected contemporary life is often made quite apparent in this project (though not deliberately, of course), most commonly in the type and ubiquity of devices being used to record events.

The progressively enthusiastic appetite for dressing up is another example – particularly the evolving complexity of make-up utilised by horror aficionados. Back in 2007 a general splattering of theatre blood on some old clothes seemed more or less enough for your average Zombie outing – these days you’d need to spend weeks on your ‘costume’ to be able to look the part on Instagram. 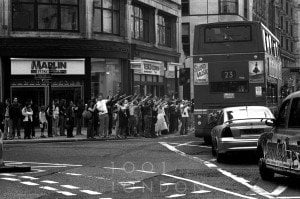 We’ll ignore the fact that original Zombies weren’t flesh eaters, and that George A Romero considered his original Night of The Living Dead unfortunates as Ghouls rather than Zombies (though either word is perfectly applicable to certain politicians we’d rather not mention). And why are they so popular now? Apparently it’s because people have given up hope. So that’s fine, then.

Anyway, this particular participant in an unseasonable Spring Time ‘Flesh Mob’ outing (& not this sort of Flesh Mob, incidentally) appears to be behaving like an un-dead performance artist (no jokes, please), which compares quite appropriately with the Royal Opera House dance posters behind her. The ROH, of course, has had it’s own experiences of not-quite human productions. But has there been an opera about zombies? Well, actually, yes there has. These, though are a much more appealing type of musical Zombie.