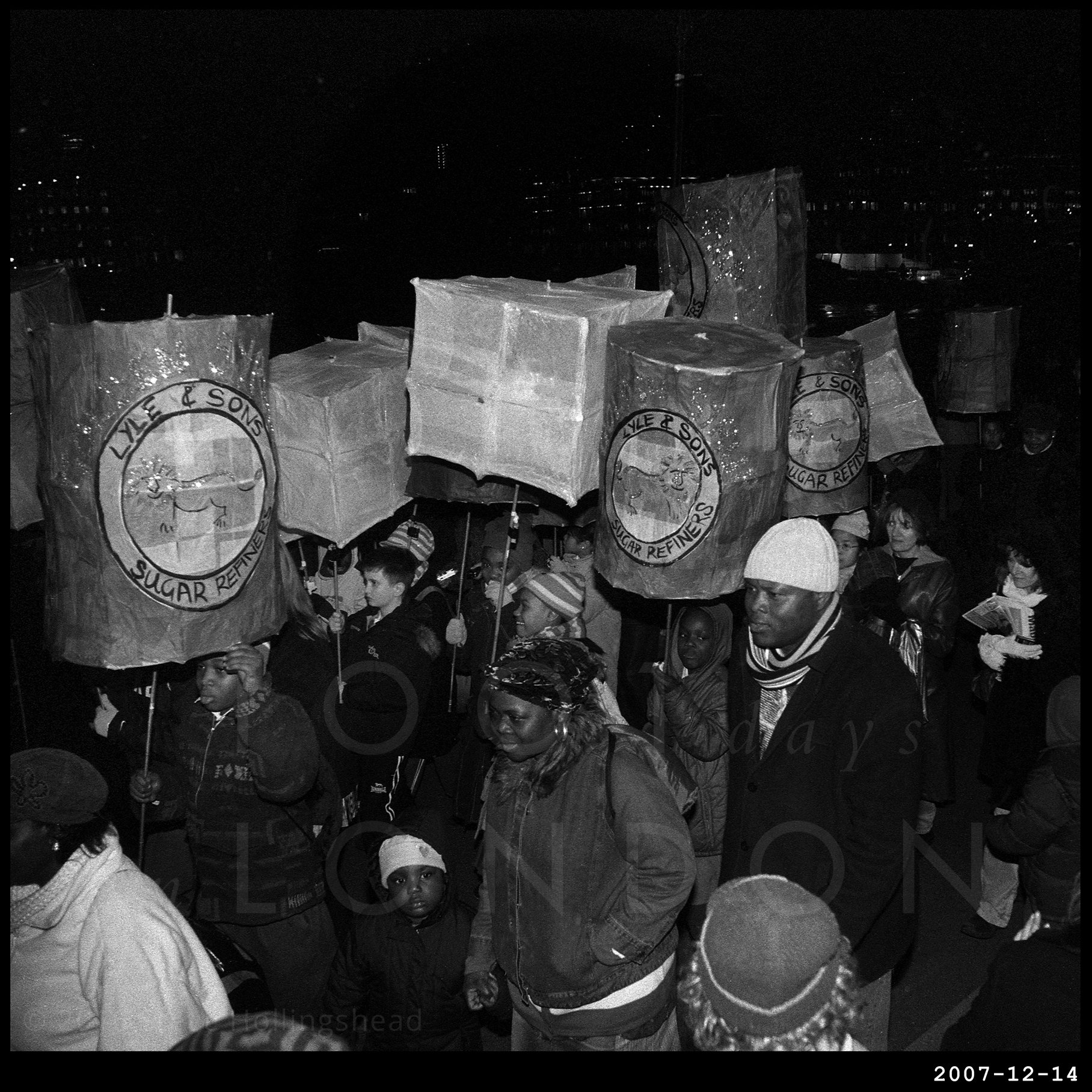 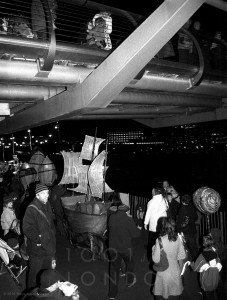 I know you can’t move in central London these days without coming across a protest march of some sort or other, but before anyone goes leaping to any conclusions here, these fine folk aren’t protesting about a certain major public art gallery’s historical association with the slave trade [in fact Henry Tate wasn’t even born when the 1807 Abolition of the Slave Trade act hit the statute books. And while we’re on the subject, despite being forever associated with the sugar cube, they were in fact invented by a Czech, Jakub Rad – and furthermore, Tate & Lyle actually cut all ties with the sugar industry in 2010. Right. Carry on…] – they are in fact taking part in a lantern parade to launch the 2007 Bankside Frost Fair, which is mostly taking place between Tate Modern (under the watchful eye of Louise Bourgois’ Maman) and Shakespeare’s Globe Theatre. 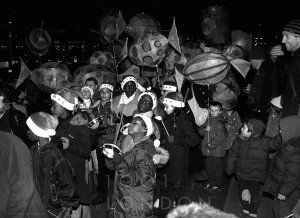 This was a noble effort by the local community and businesses to recreate some of the festive buzz of the old Frost Fairs without actually going to the lengths of freezing a big chunk of the river.

However, it only lasted a few years, partly due to financial constraints resulting in somewhat spartan entertainment, and partly due to the competition suddenly appearing from upstart alternatives in Hyde Park and the South Bank. 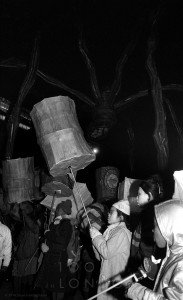 Still, those of us who did brave the (perfectly appropriate) freezing temperatures were royally entertained by the not-remotely-eccentric Circulus (and they probably played this song as well).