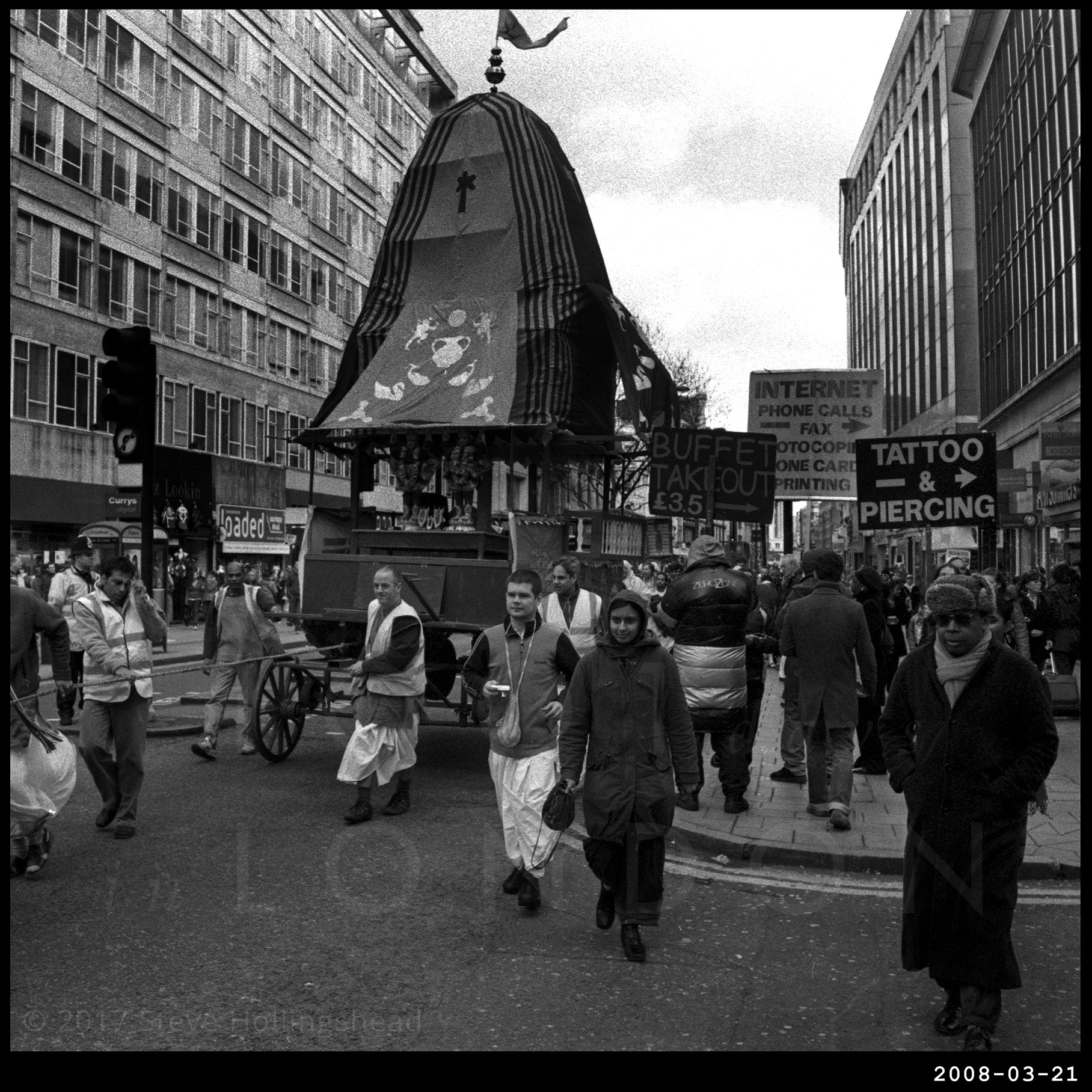 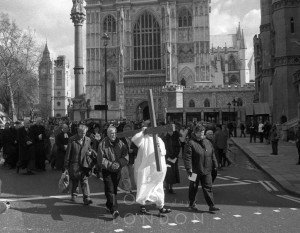 It’s that time of year again when various faith calendars overlap and bits of London are subject to street processions that can be either joyous or sombre depending on which one you happen to come across.

In the Christian calendar it’s Good Friday, which, not unsurprisingly, provides us with the sombre gatherings, and fortunately for those in charge of transport issues in the capital, it’s also a Bank Holiday, so there’s not much disruption during the interdenominational Walk of Witness procession taking in the top three premier league Christian worship venues in the Westminster area on its journey. 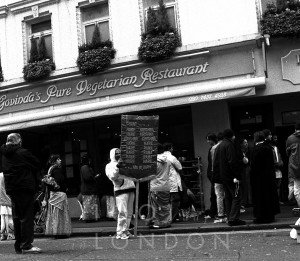 Meanwhile, a short hike away up in the West End the local Hare Krishna community are about to give their spiritual leader and his chariot their annual Guara Purnima outing around the West End (which, thanks to Good Friday, of course, is also a good deal quieter than usual). 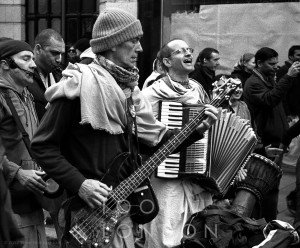 Starting at their central London headquarters and popular house cafe Govinda’s, hundreds of devotees (which is a sizeable crowd, though not in the same league as the Rathayatra Chariot Festival in the summer) are dancing and chanting their way around the area’s Premier League consumer worship venues, in a strikingly contrasting mood to their Christian cousins down the road. 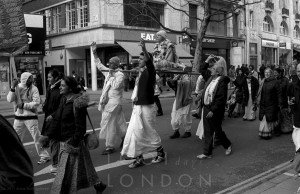 Having survived the upheaval of the Crossrail development that has recently transformed Tottenham Court Road Station, Govinda’s may now have to contend with Crossrail 2, [which isn’t going down well with the locals]. A pity George Harrison is no longer around to lend his support…