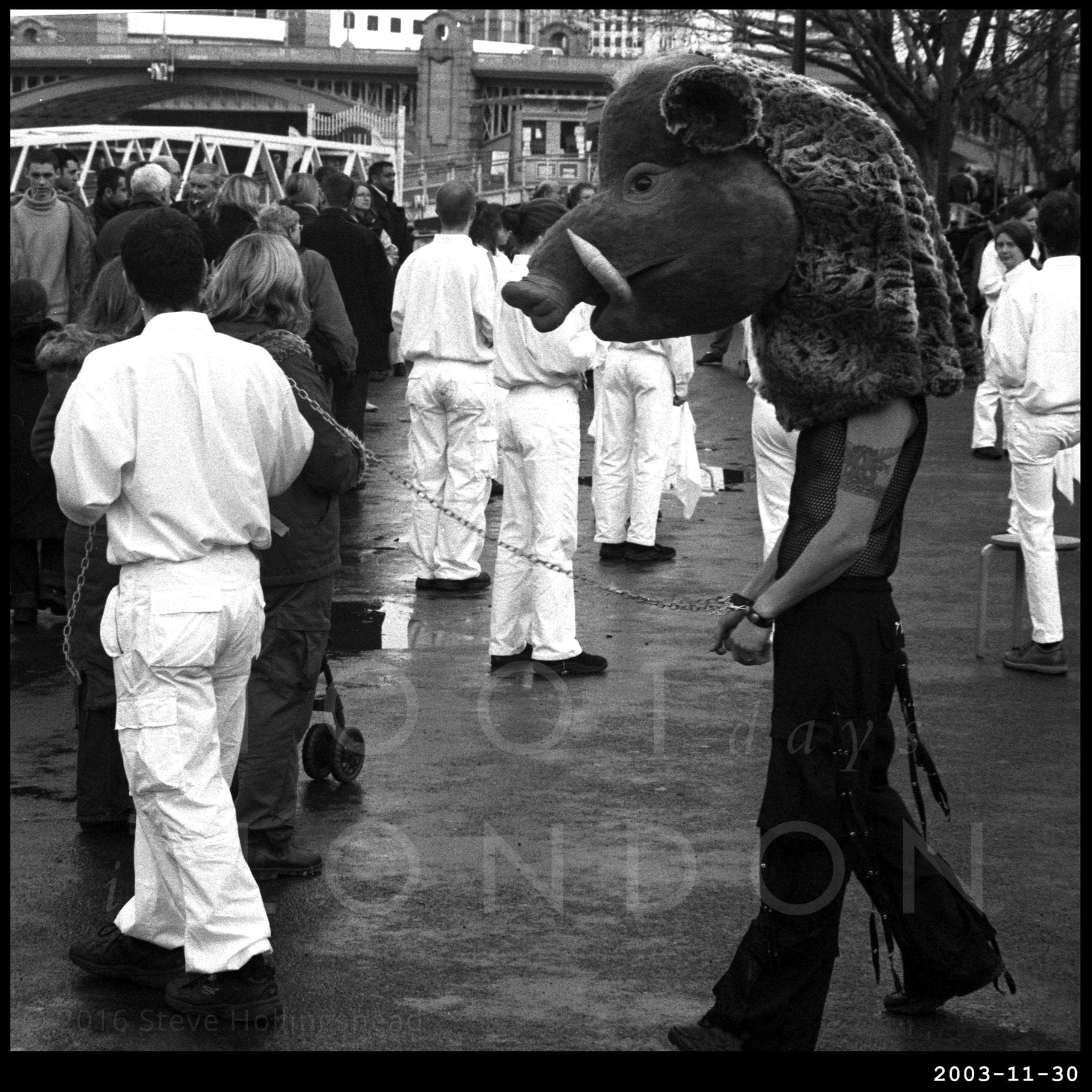 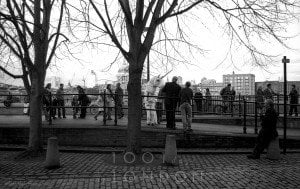 Now, it’s not uncommon to see a team of Morris dancers entertaining the masses outside various drinking holes along the South Bank/Bankside pedestrian stretch, and it’s not unusual for the performers to have a hobby horse or unicorn amongst the company. What is a bit out of the ordinary is for a bunch of performers to be strutting their stuff on a damp late November afternoon, with not only a unicorn but a somewhat intimidating boar-man-type character – and they’re not even by a pub. 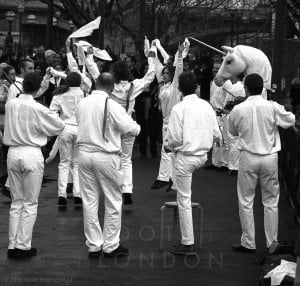 Of course this isn’t your typical Morris troupe, these are Morris Offspring (as in ‘keeping it in the family’) who are amongst the new breed of performers [see also Folk Dance Remixed] attempting to combine traditional dance with modern – or rather, they were until they called it a day in 2013, going out in style with their acclaimed the Furnace. 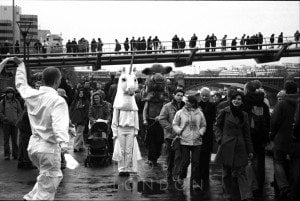 They’re performing here on Bankside outside Shakespeare’s Globe, so I’m guessing it has something to do with that august establishment, although I can’t for the life of me recall or find out what [and if there’s nothing on the internet, then presumably it can’t have happened].

Anyway, multi-tasking artistic director Laurel Swift has taken her enthusiasm for experimentation to more uncharted territory with stuff like this (whilst not neglecting the more conventional approach…) 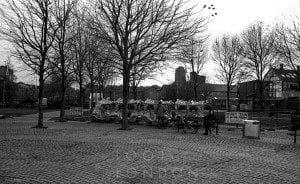 Meanwhile, further along the walk to the South Bank, the magic of Disney doesn’t quite seem to have found its audience yet…