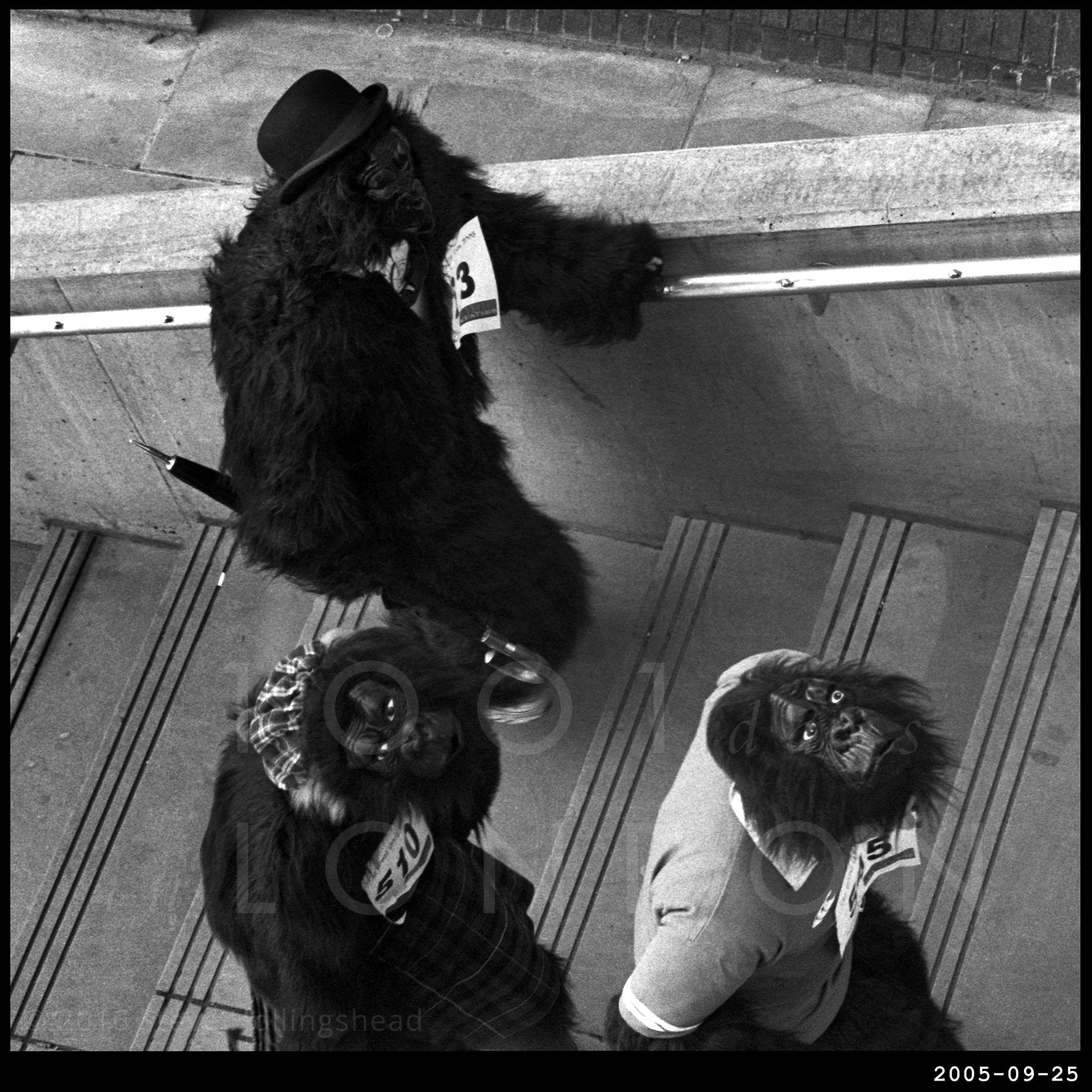 Well these ‘gorillas’ were all bouncy and energetic about half an hour prior to this shot being taken, having been posing for photos & then jostling for position at the start of what was then only the third (and already fully subscribed) Great Gorilla Run back in the heart of the city in Minster Court. 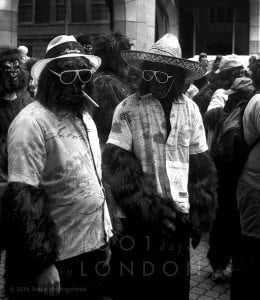 Since then, they’ve had to cross Tower, London, Southwark and Blackfriars Bridges – no short cut over Millennium Bridge here, which is why they’re wearily dragging their sweaty selves up the steps beside the bridge towards St Paul’s for the final stretch back to Mincing Lane & a much deserved after-party (of course, they could have used the state-of-the-art funicular railway, but from what I can remember, it was pretty much buggered most of the time until it had a major re-vamp in 2012). 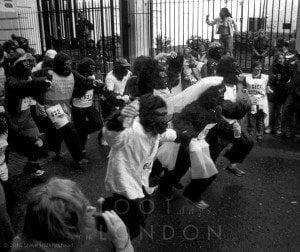 As mentioned before, this all to raise money and awareness to help preserve the alarmingly diminished numbers of mountain gorillas, a number of which seem to enjoy the company of film crews (the Great Man himself was apparently at the start of this particular run, though I’m not sure if he rolled around in the grass with any of the young participants. 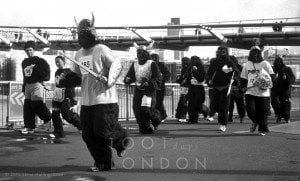 Incidentally, these gorillas aren’t the strangest characters in costume to be seen taking on the steps in these parts. 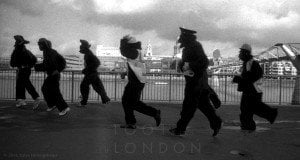 And talking of strange, here’s something from the Bonzo’s classic ‘Gorilla’ album.