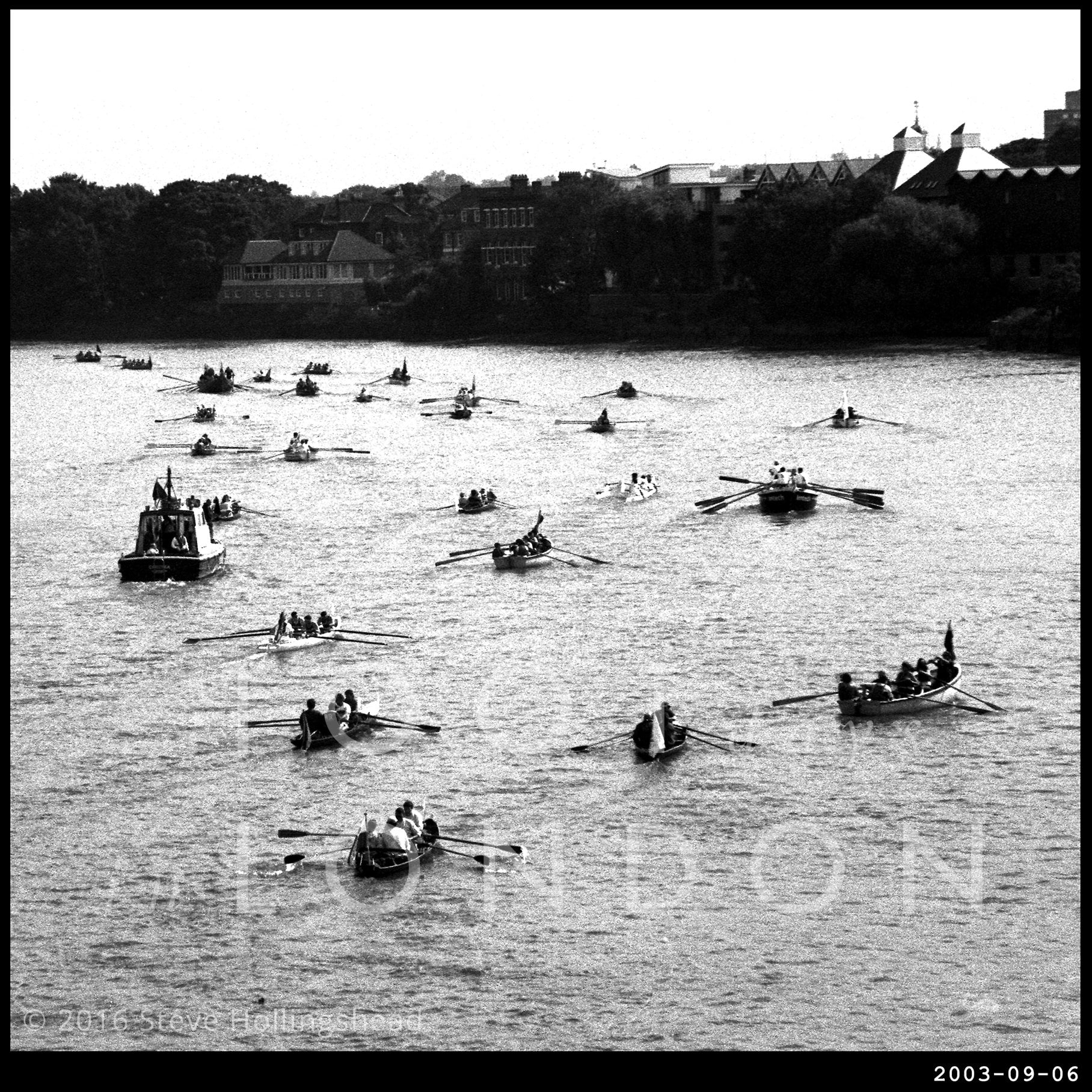 Well this is roughly about the point where the Oxford – Cambridge Boat Race reaches its occasionally dramatic conclusion & the throngs on the riverbank rush to be the first to the bars to celebrate. 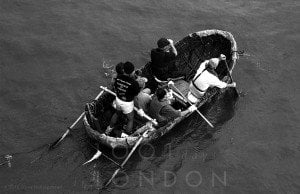 ‘Throngs’ doesn’t really apply here, as, this being the Great River Race, there’s about another hour’s worth of rowing to get through before the party starts*, so the quantity of spectators here is much more Spartan. [*actually that’s only applied since 2009 when the organisers changed the race direction from Greenwich to Ham – the rowers in these pictures have really barely got going, which probably explains why they look comparatively relaxed]

We’ve touched on the Great river Race before, and will do so again: a grueling 20 mile slog through the city by person-powered boat of pretty much any shape or size as long as it includes a passenger & a cox. Though this is a piece of cake compared to that they get up to in the Amazon every year – or maybe try building your boat out of cardboard. And this is from an altogether different occasion, though Gloriana has actually taken part in this event. 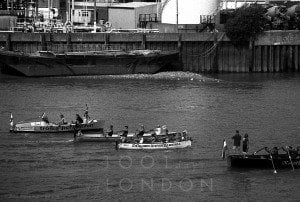 Having witnessed fairly closely how the competitors are faring in at leafy Mortlake, I then hopped on to a train to catch them passing through Wandsworth, where you don’t get quite so close and the neighbourhood isn’t quite so leafy. So won’t be doing that again soon.

Here are pics of all the boats that tok part that year, and here’s a piece of music inspired by Mortlake for all you Orange Goblin fans out there…