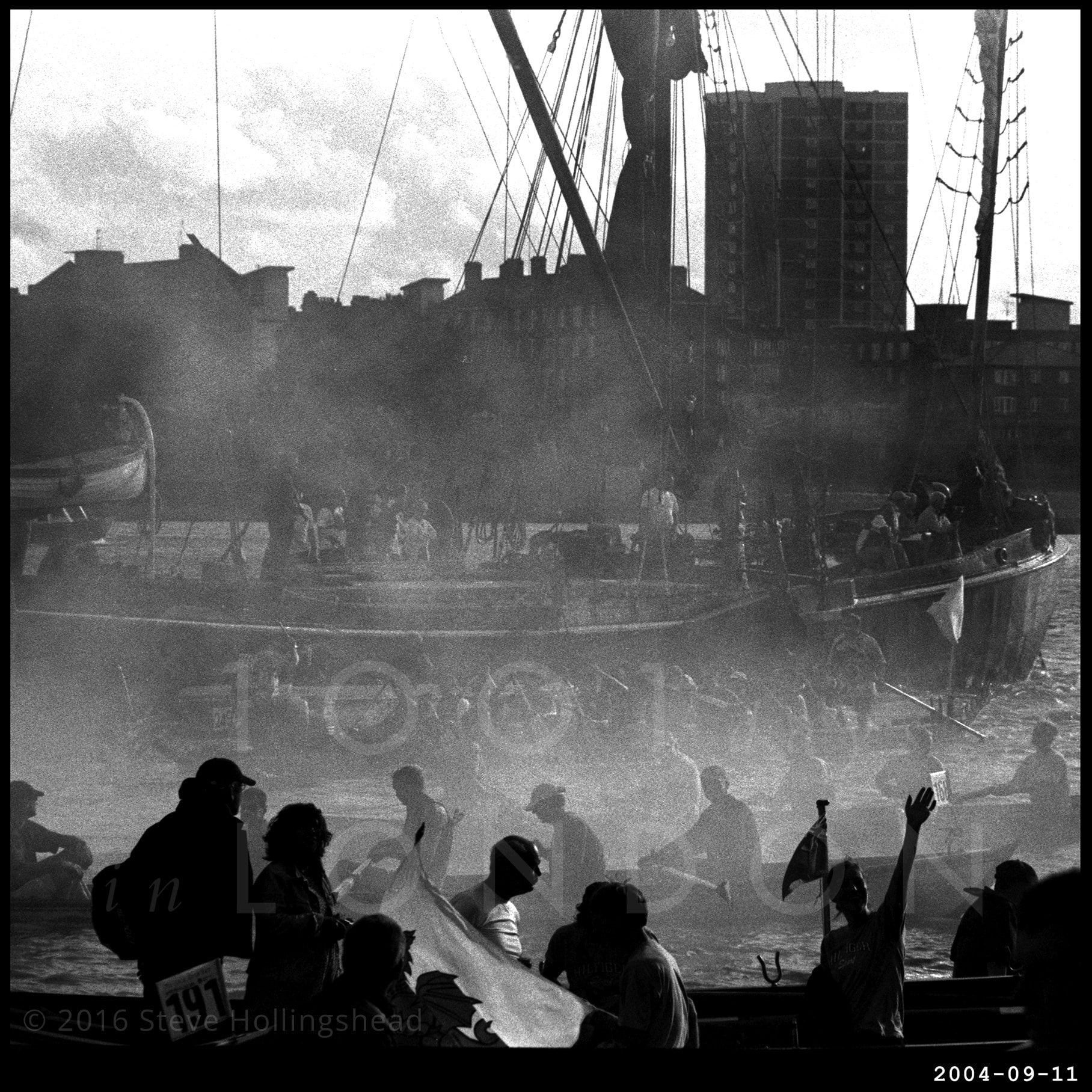 This more-atmospheric-looking-than-it-actually-was (in all honesty) image comes at the end of a grueling few hours for photographer and subjects alike. We’re here on the other side of the river to Greenwich (or ‘Maritime Greenwich’ as TFL has so helpfully renamed it) by Island Gardens at the home of the Poplar Rowing Club (since expanded to include rowers from Blackwall and District, wherever that is) and the finishing post of the Great River Race (well it was until 2009 when they realised it’d be a lot more fun to go the other direction). 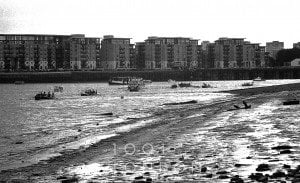 Each of the finishing boats is welcomed home by a ‘cannon’ shot from the boat moored in the river, the smoke evocatively highlighted by evening sunset. 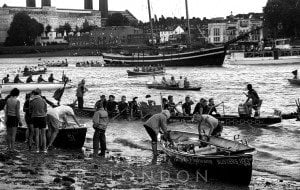 A cannon features at the beginning of the race as well, many miles west in leafy Ham, set off by celebrity guest William Franklyn (who became famous for trying to convince people that the tonic water was apparently more important than the gin), presumably to start the race, but also as a wake up to the many competitors who seem to be enjoying the late summer sun more than they should. 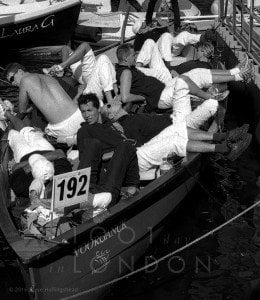 Well, a lot of these athletes aren’t looking quite as relaxed by the time they’re struggling up the beach at the Isle of Dogs – they should complain – they didn’t have to negotiate a myriad of public transport frustrations in order to get from one side of the city to the other. 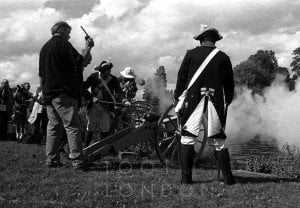 Anyway, this bit of music is about as appropriate as you can get, sort of…