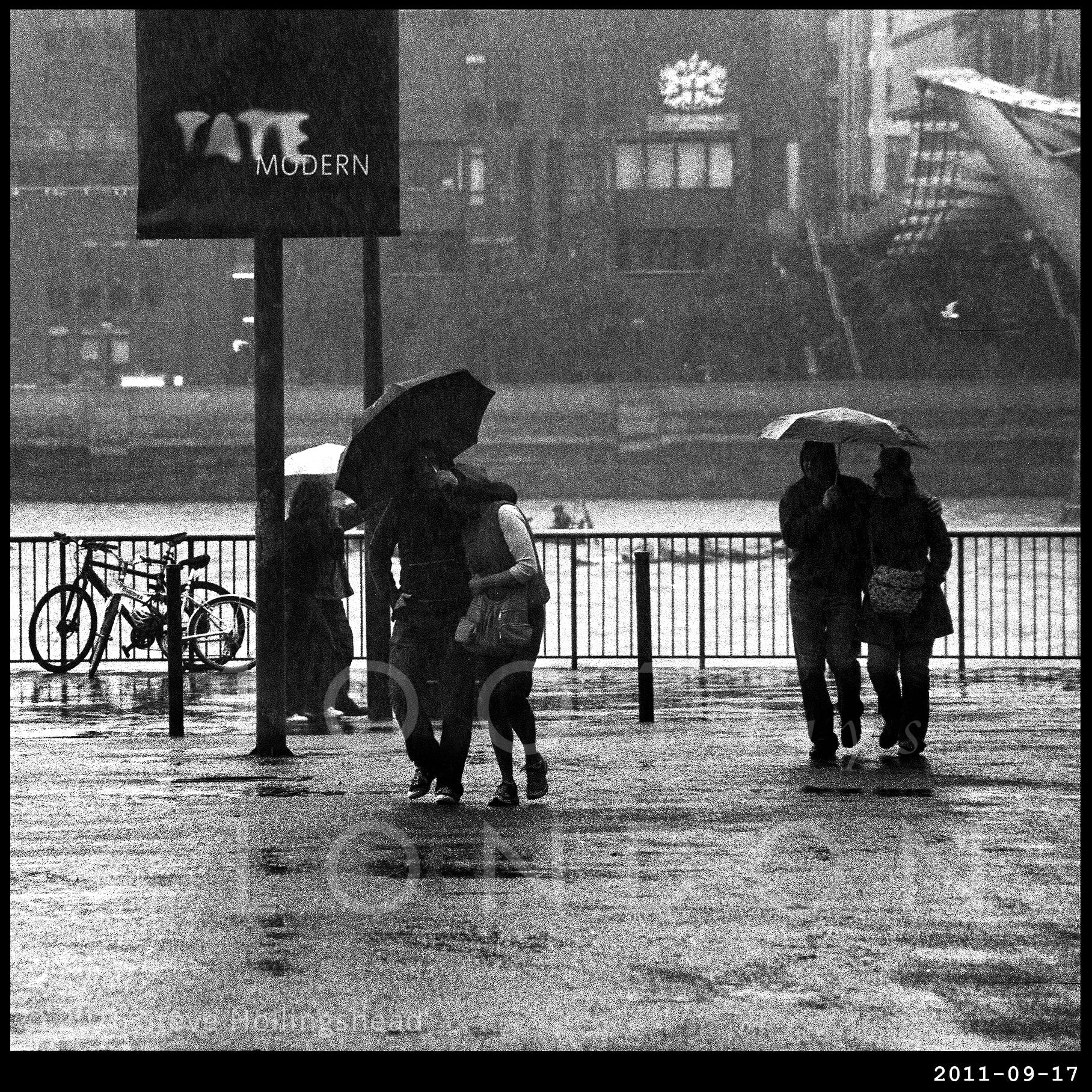 Between the two couples scurrying towards us under their umbrellas you can just about make out some sort of shapes in the river behind them. These are participants in the Great River Race, who not only have to battle their way through 21 miles of a grueling Thames waterway, they also have to deal with the sudden appearance of a late summer mini-monsoon, which has very effectively cleared the Millennium Bridge and its environs of all the spectators who, ten minutes earlier, had been cheering on the early race pacesetters in glorious sunshine. 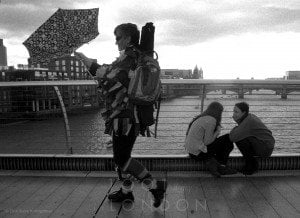 We’ve come across the Great River Race before, but not in weather like this. Fortunately there’s a handy shelter nearby – from what I gather it’s used as a dance venue for strangely attired party goers (& possibly has some other use as well, but I am too dripping wet to look in…).

Despite the wild conditions it seems pretty much all of the race competitors manage to make it through to West London and to the finishing line at Ham, by which time the sun is out again and everyone’s in the mood for a bit of a knees-up. 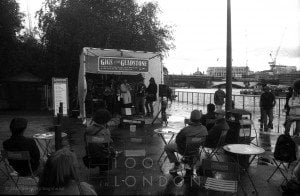 Meanwhile, back on Bankside, it’s the first year of a new arts and music festival called Merge, a major part of which involves lots of fine musicians (including Billy Bones here doing their best in less than perfect conditions) performing on a free riverside stage curated by North Southwark’s grooviest pub The Gladstone – And yep, those charming off-shore based developers are after that as well.

Now, if only Mister Murray was around to reflect the mood with this romantic ditty.