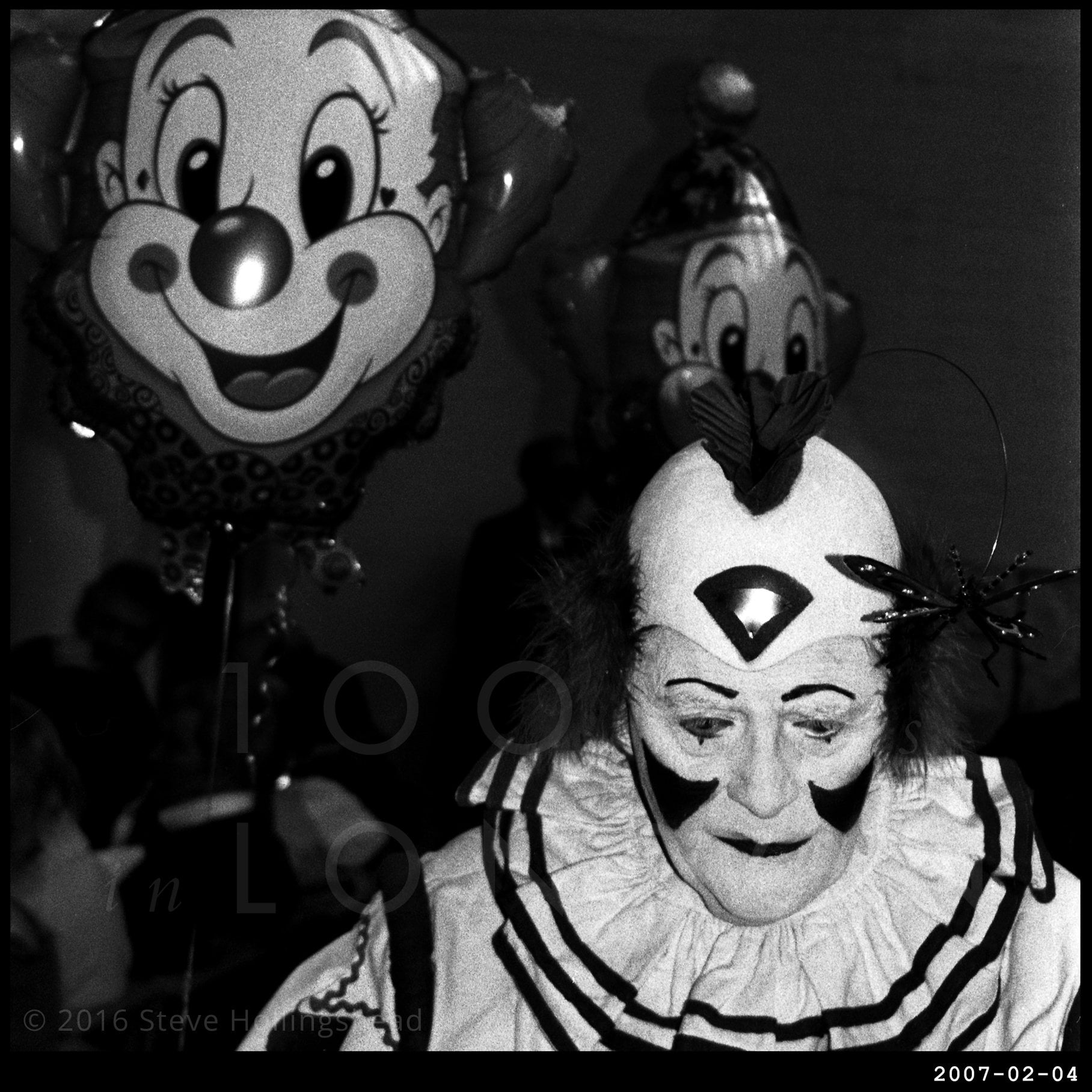 Clowns and the noble art of clowning seem to be having a bit of an image problem lately, although it’s not an especially new phenomenon, and to be honest, any form of radical facial make-up has the potential to intimidate sensitive young souls.

Nevertheless, the tradition survives, and its genuine practitioners always get a warm welcome as they go about their business. Never more so than when they gather at a small church in Dalston early each February for their annual commemoration service for the man recognised as the original clown more than 200 years ago, Joseph Grimaldi. 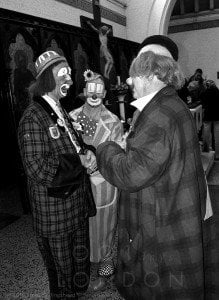 One of the most popular entertainers of his day – Charles Dickens edited his memoirs – Grimaldi is actually buried and celebrated in a park in Islington, where he spent a lot of his working life – you can even dance on his grave.

There’s no longer a church there to celebrate his life, so Holy Trinity church in Hackney took up the mantle in 1959, and clowns gather there in full costume each year to pay their respects, not just to Grimaldi, but to any of their community that had passed away during the previous 12 months. And they put on a show for the local children, who, by all accounts, aren’t remotely intimidated (yes, I know, there’s a lot more to be scared of in this neighbourhood…).

So the music can only be this, really…