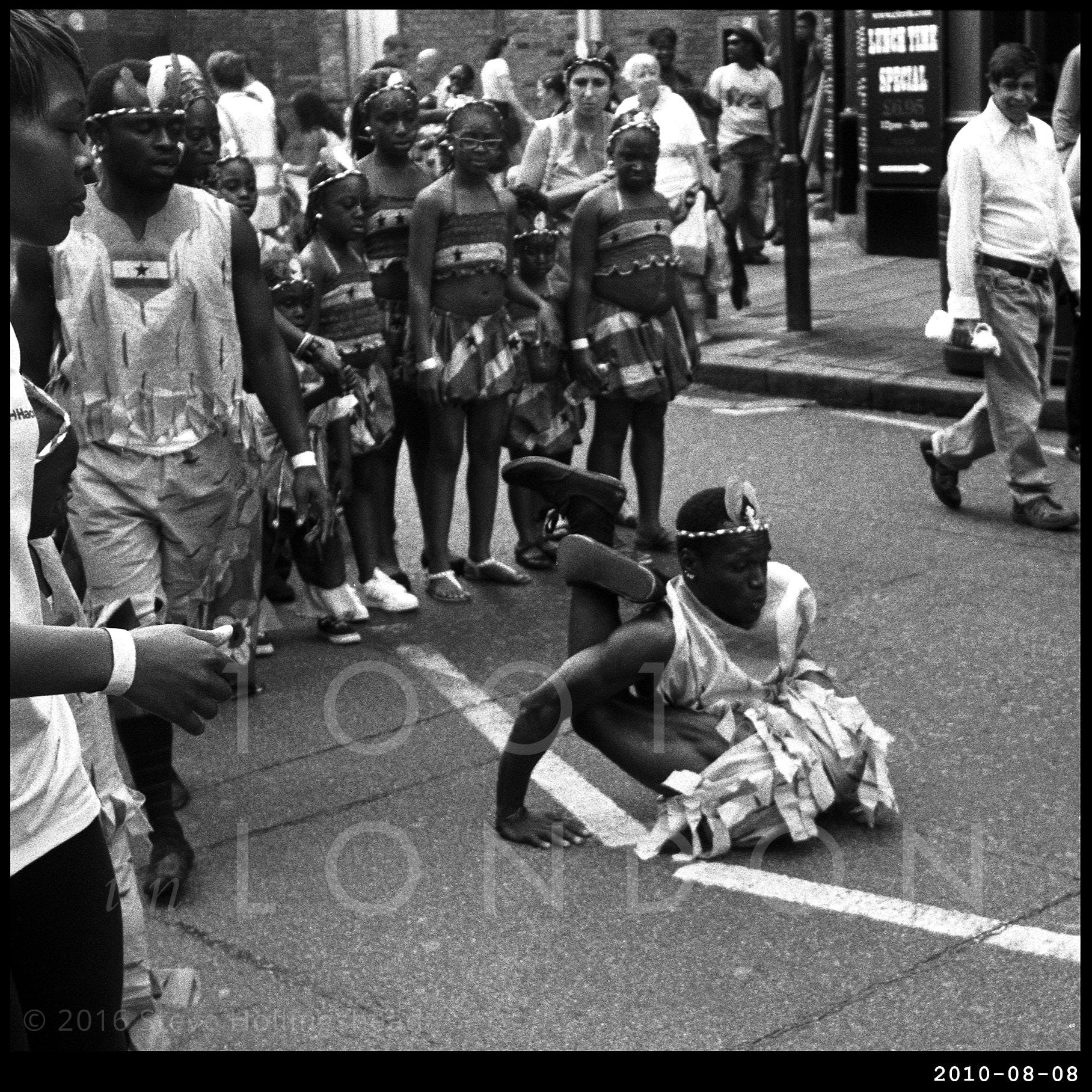 We appear to have come across a most disturbing scenario here: some poor chap seems to have fallen into a circular hole that suddenly appeared in the road ahead of him. In order to assist his evidently trapped companion, a colleague has climbed down head-first and attempted to release him, only to get himself stuck as well. Some viewers might think that this is actually a performer wrapping his own legs around his back, but that’s just ridiculous, isn’t it? 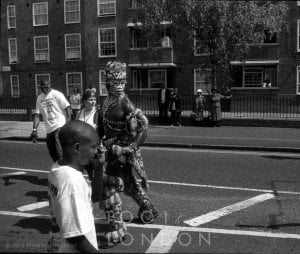 So here we are on Hackney Carnival day, as the colourful procession turns off Mare Street to head towards the carnival proper in Hackney Downs Park (these days it tends to take itself to Ridley Road, which isn’t such a bad thing as so determined were the council to make the event as safe and family friendly as possible that alcohol and bicycles were banned from the park for the event).

As with a lot of carnivals these days, the procession never really manages to fill the streets the way they used to, despite the exoticness of some of the participants. 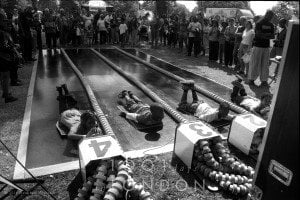 There are plenty of people in the park, however, and plenty of community events and unorthodox sporting activities for the young’uns to partake in, including some sort of slide race thing…

And if it’s contortionists you go for, to finish with, we have some singing ones, obviously…