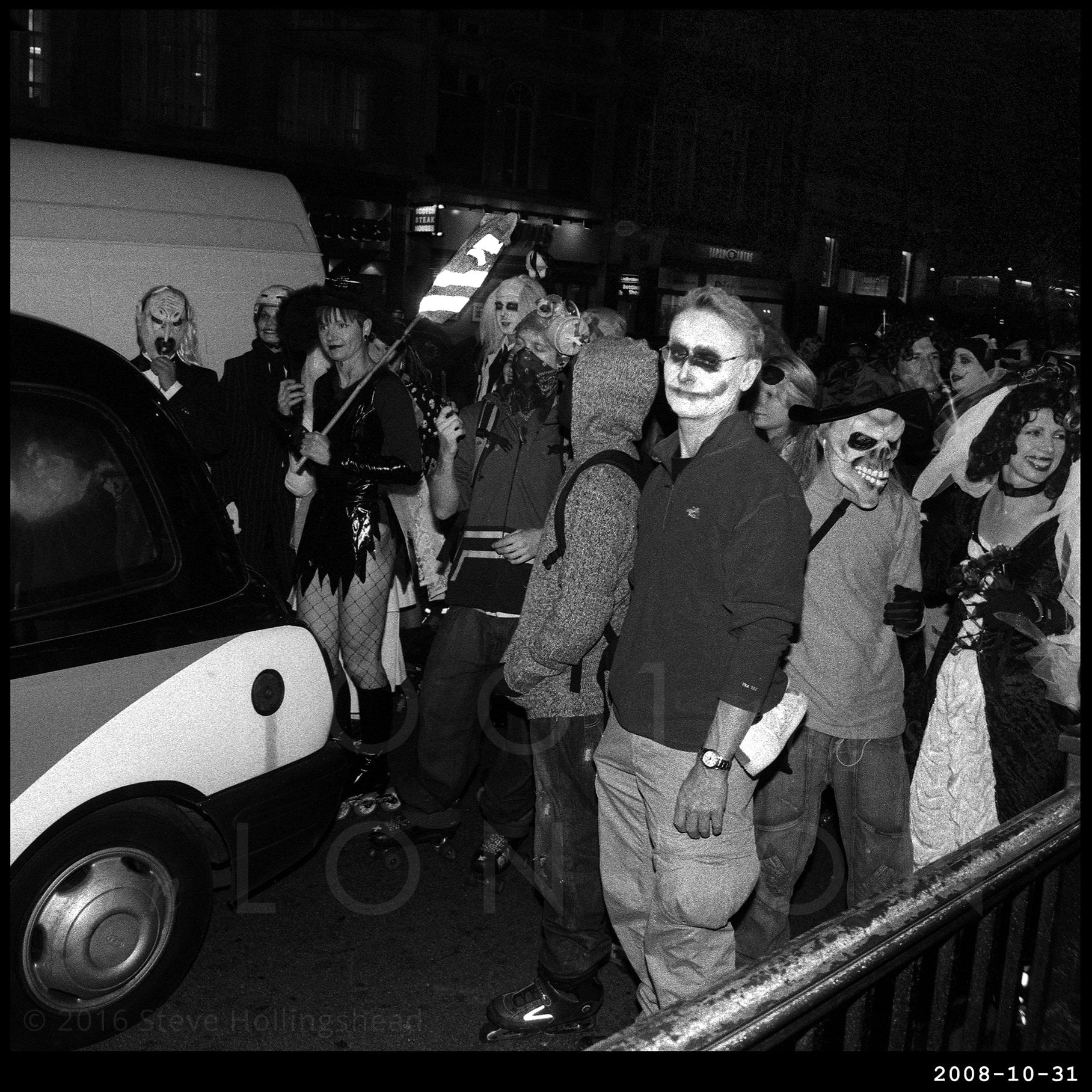 Despite the motor industry’s attempts to sever it from central London (go on, Sadiq, do something radical…) Hyde Park remains one of the grandest and most popular open spaces in the city (even if half of it is technically Kensington Gardens), with plenty of long boulevards for weekend perambulating, cycling, horse riding… and roller skating. 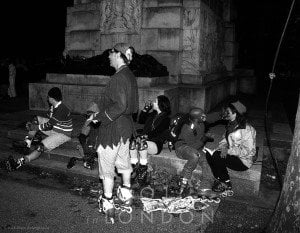 In fact the long straight path nursing the northern edge of the Serpentine all the way to Hyde Park Corner is especially popular with those amongst us that have a predilection for fixing wheels to their shoes and capable of staying upright on them for more than a few seconds. 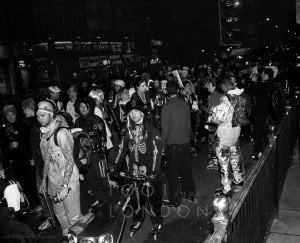 And as well as zig-zagging through cones and recreating the golden era of the roller disco, enthusiasts regularly take themselves away en-masse from the comforts of the park to explore other parts of the city, and on very special occasions they get a chance to dress up and make a party of it. 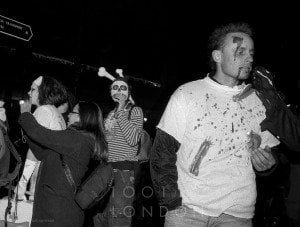 So here we are with Halloween Skate at Piccadilly Circus, disconcerting a taxi passenger whilst politely waiting for the lights to change. The adventure this evening will take them around the West End, with a bit of a break at Covent Garden before moving on to an after party at a designated local pub, where I’m sure they’ll be spinning around to this.