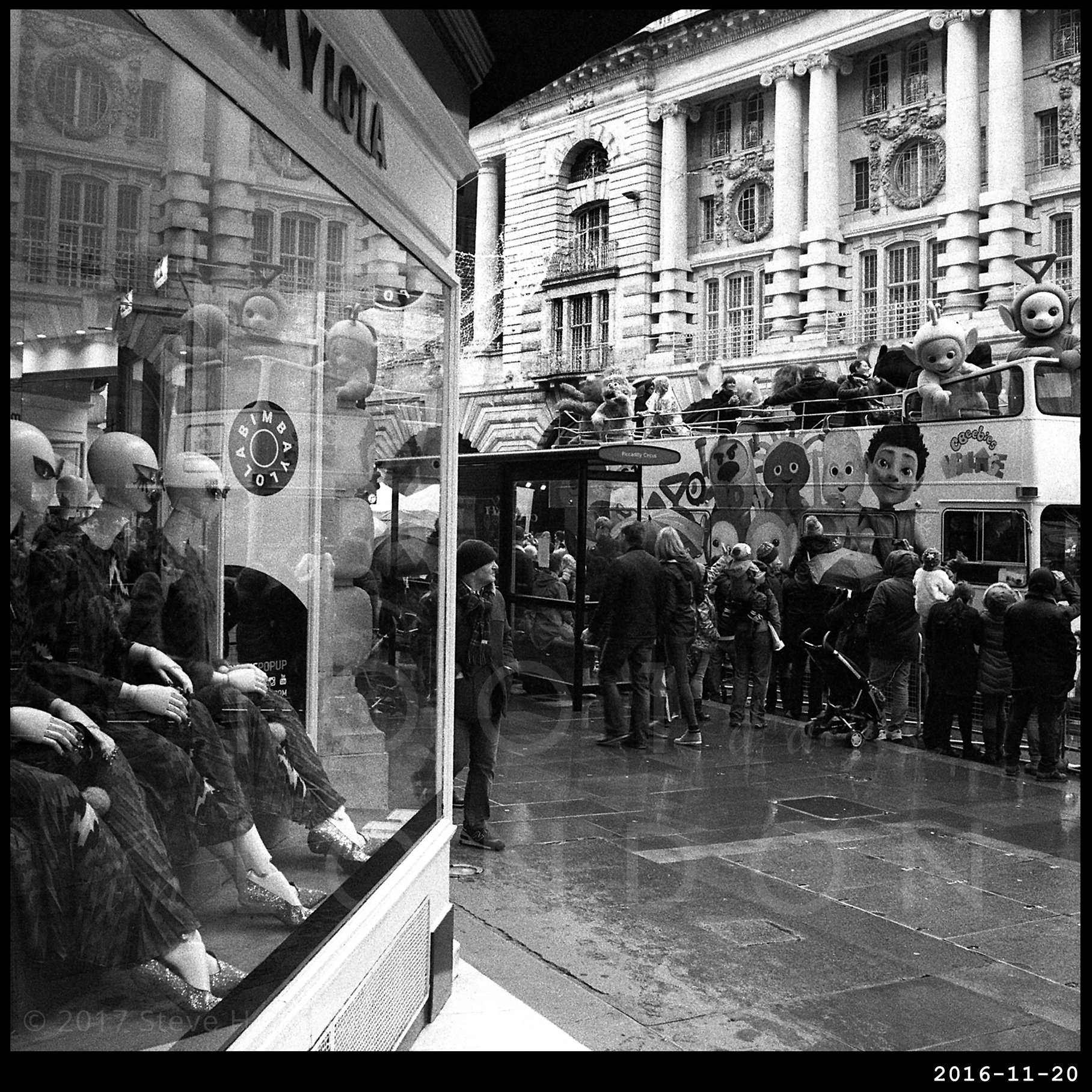 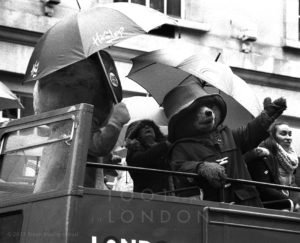 Strange alien creatures look on enviously/curiously [let’s face it, it’s not easy to tell…] as other strange alien creatures parade through central London in an open top bus. A few years ago this would have been unheard of – not the aliens, of course, but the closing of one of London’s busiest thoroughfares for an extended themed celebration/commercial opportunity. 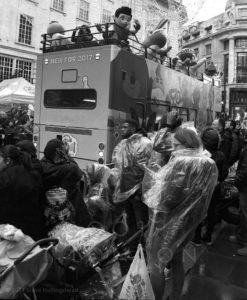 When Regent Street first flirted with the idea of a pedestrian-only festival early in the new Millennium there were not unreasonable concerns about traffic congestion, logistics and cost. Presumably all those worries have since been put to bed, as there are so many events these days you’re just as likely to find the street closed for a Sunday than open.

In that context, to have a day in late November to celebrate Hamleys, ‘the Oldest Toy Shop in the World’ whilst simultaneously kick-starting the annual seasonal shopping frenzy seems a no-brainer – although this particular year’s extravaganza is only the second, and, as evident here, typical November weather means the attraction isn’t quite the crowd-puller anticipated [though they sure made up for it the following year]. 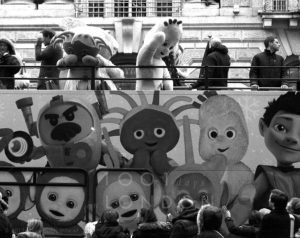