As all great practitioners of the genre will tell you – sports photography can be bloody difficult at times. Now some of you may not see the art of Conkers as a sport, but there is a World Championships after all, and no doubt at some point we’ll be seeing it at the Olympics. 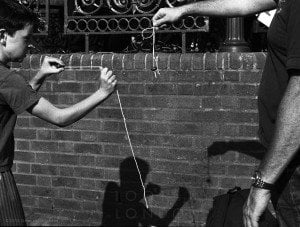 The problem with capturing the ideal conker shot is the timing: too early isn’t dramatic enough, half a second too late & all you see is empty space and bemused expressions. Even if you do achieve the ‘impact’ shot it’s often just a blurred mess. So in these circumstances, maybe the best bet is a more general shot, possibly with other activities going on as well to make it more interesting. Or have lots of people in a big group – hopefully you’ll get all aspects of the battle in one picture. 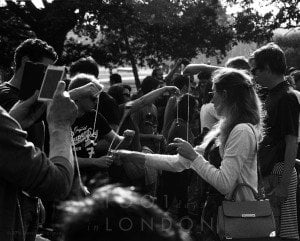 Anyway, we’re in the lovely corner of Hampstead Heath known as Parliament Hill for the annual conker championships, which this year has attracted record numbers (it says here) to take part in the noble – and potentially dangerous – art of smashing horse chestnut seeds against each other. 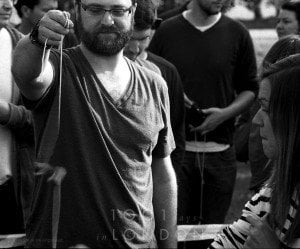 So, despite the terrifying risk to life, this is considered a good thing because it’s an outdoor activity and not a computer game.

And somehow, throughout all the chaos of the early rounds, we get to a final and a champion Is crowned. This song is for the loser.