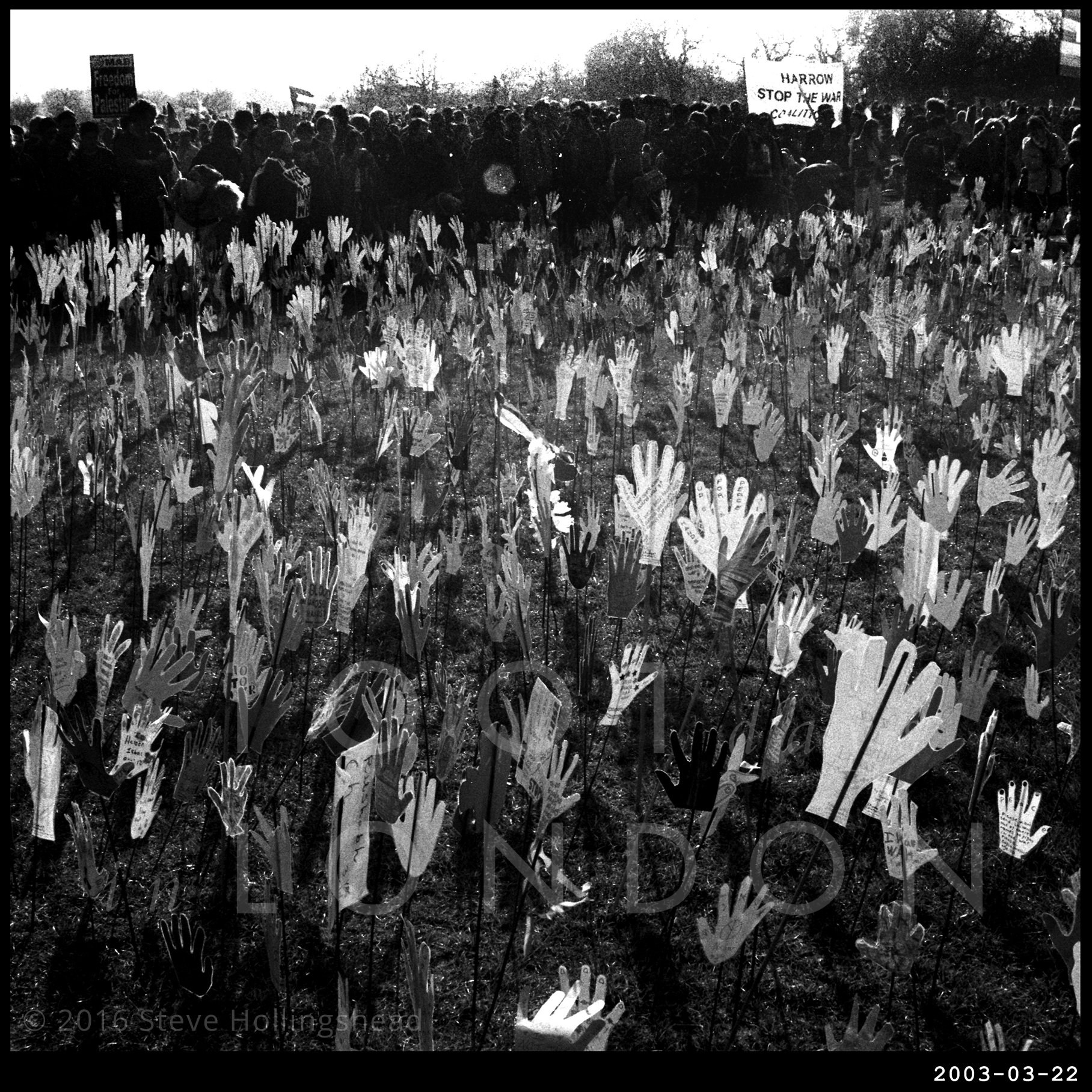 ‘Hands up for Peace’ 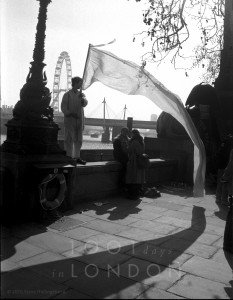 Much like the pro-Europe marches in the UK following the Brexit referendum result, and the ‘Not My President’ protests after Tufty Orange Head’s triumph in the US elections, this not-much-we-can-do-about-it-now-but-we’re-still-not-shutting-up march is more of a collective group hug than a genuine belief in changing anything – especially seeing as reportedly the ‘biggest anti-war demonstration ever’ a month previously had sod-all effect on the crusader-like zeal of Messrs [or in fact ‘Messers’ may be more appropriate] Bush and Blair. Still, it was a lovely day for it. 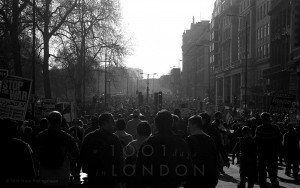 Three days earlier ‘Operation Unfinished Business‘ – sorry – ‘Operation Iraqi Freedom‘ had begun and we all know how well that turned out for the lucky Iraqis (although Blair still managed to comfortably win the next General Election…). 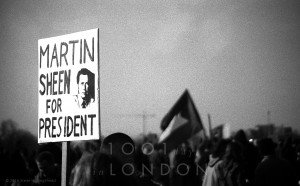 An immediate and somewhat unexpected reaction to this not-very-legal enterprise was the sudden political engagement of large numbers of school children, including three girls from a north London comprehensive, whose simple idea of a cut-out hand carrying an anti-war message went the equivalent of pre-social media viral, and within days thousands of these hands had been planted in Parliament Square (subsequently relocated to Hyde Park for today’s demo). 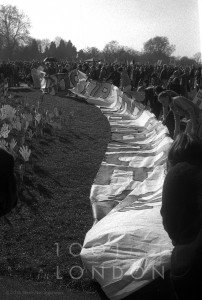 So did this signal a new era of political engagement amongst Britain’s youth? Apparently not, as – ironically enough – one of the three young Instigators, Rowenna Davis, went into politics, became a councillor, stood for Parliament… and lost – because a vast number of potential voters, totally disillusioned by the disdain shown by Blair & co. to the ‘biggest demonstration ever’ didn’t really see any point in voting.

Oh well, it’s good to see all of those hands weren’t wasted…