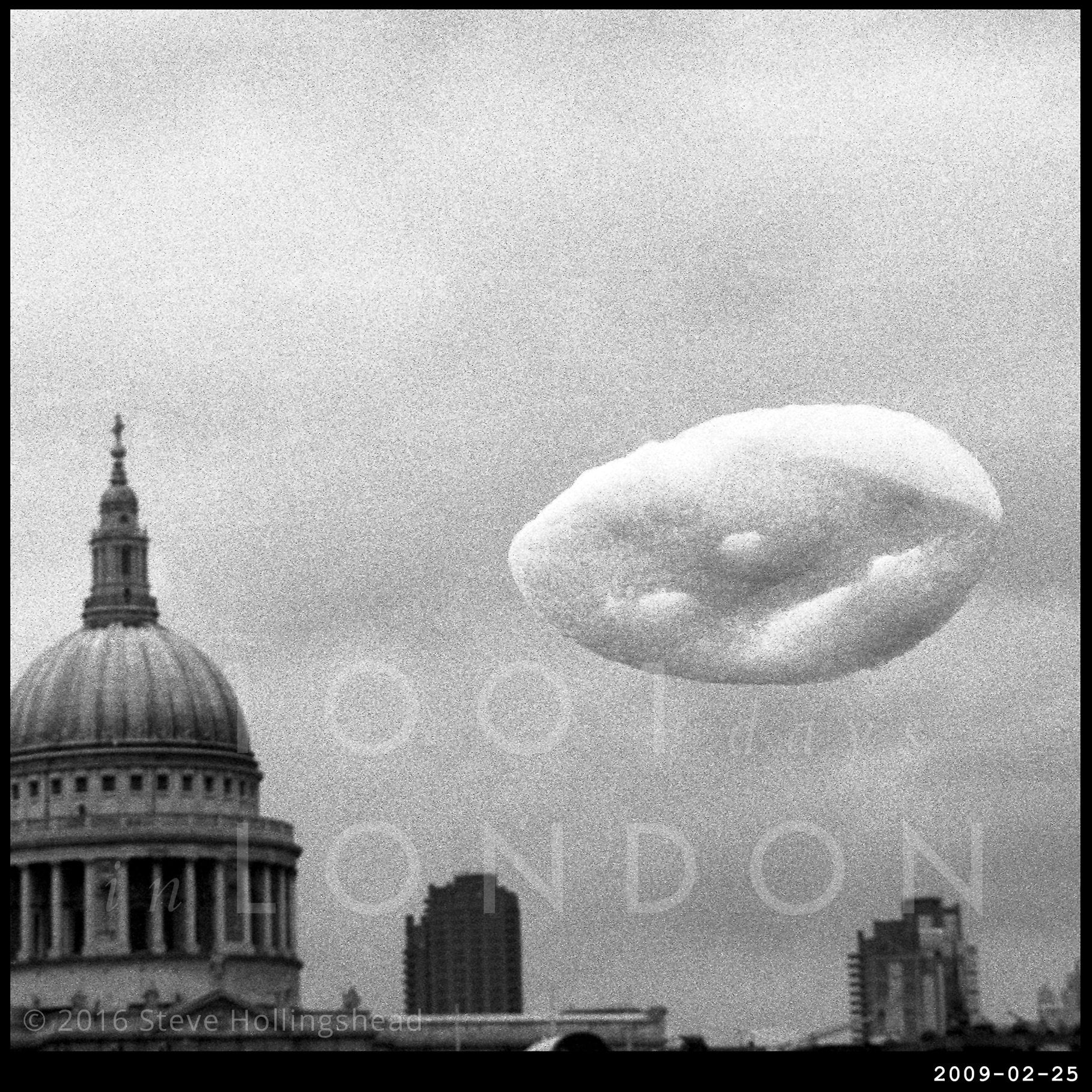 No, this isn’t a rave culture version of the Bat Signal, it is, in fact, an uplifting piece of art created by Stuart Semple back in the day when the word ‘cloud’ meant something meteorological as opposed to some mysterious unknown place far away where you trustfully deposit all your holiday snaps.

Semple, a prolifically creative multi-medium artist and activist (and survivor: biog here), spent a few hours on the riverside in front of Tate Modern releasing thousands of ‘clouds’ made up of helium, soap and vegetable dye (from a modified snow machine) which floated of into the sky towards St Pauls & the city. 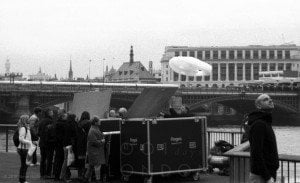 The fact that it was a fairly grey & miserable mid-winter weekday probably accounts for the paucity of spectators here, but as he says: an even better reason to cheer people up. Anyway the event was successful enough to have been repeated in a number of other places since.

The name Happy Cloud has since been usurped and has been used for a gaming download, a typeface and a somewhat creepy ‘vine star’. Oh, and Gnarls Barkley put this to music long before Pharrell Williams got in on the act.