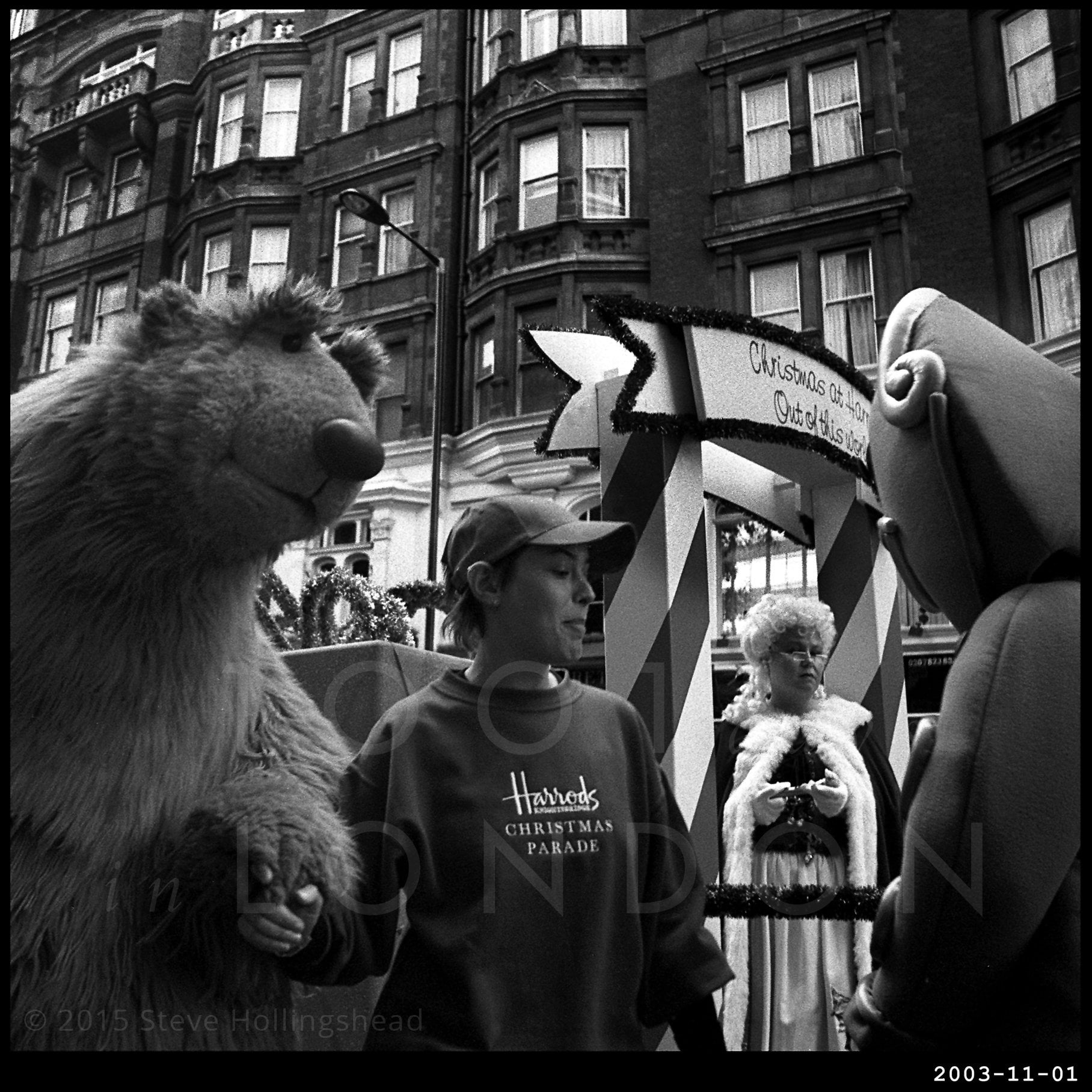 Christmas, as we all know, is a very Special and Important time of year which usually begins to raise its head sometime in late September & then really gets into its stride the minute Halloween costumes are removed from the shelves. Well, in the world of Consumerland it does, anyway.

This is not entirely a new phenomenon – the Harrods Christmas Parade – traditionally taking place on the first Saturday in November – has been getting young and old alike (ok… just ‘young’ then) prematurely frenzied about an event over seven weeks away for donkeys’ years (oh alright ‘reindeers’ years’, then. Ho Ho).

This extravaganza in the streets of Knightsbridge, at an unseasonably early 8.00am is mainly to let the world know that, instead of whizzing around Lapland with his team getting millions of toys ready to send off to Amazon, Santa will in fact be ensconced in his Grotto in the store on the 4th floor from then on until Christmas Eve. Come and spend.

We see some of the participants getting ready for the parade around the corner in Knightsbridge, with Mother Christmas looking on as Baloo (presumably) is led to his chariot. 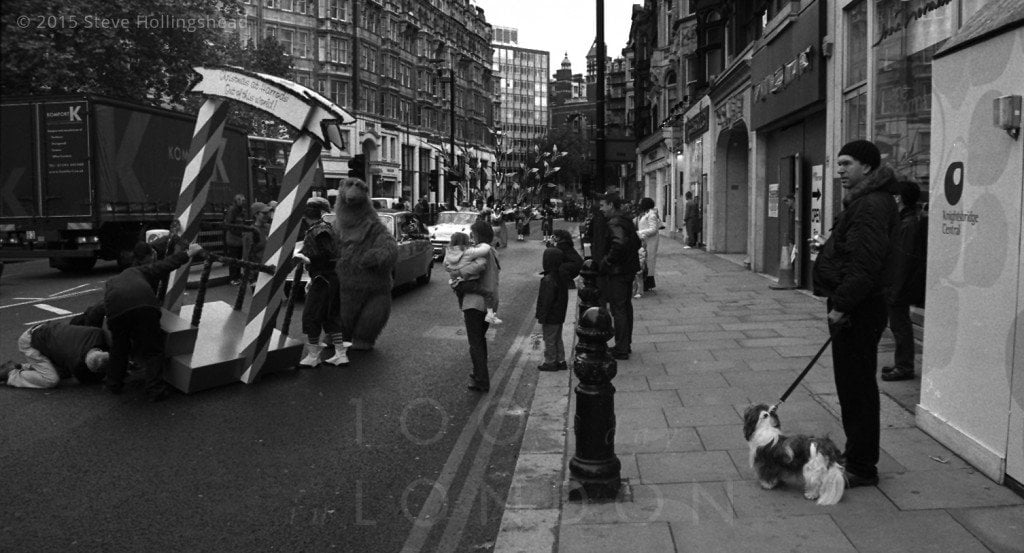 Unfortunately this particular chariot came a cropper once it turned into the Brompton Road, losing a wheel & briefly causing traffic chaos. Eventually order was restored & the great season of indulgence could get underway as planned.